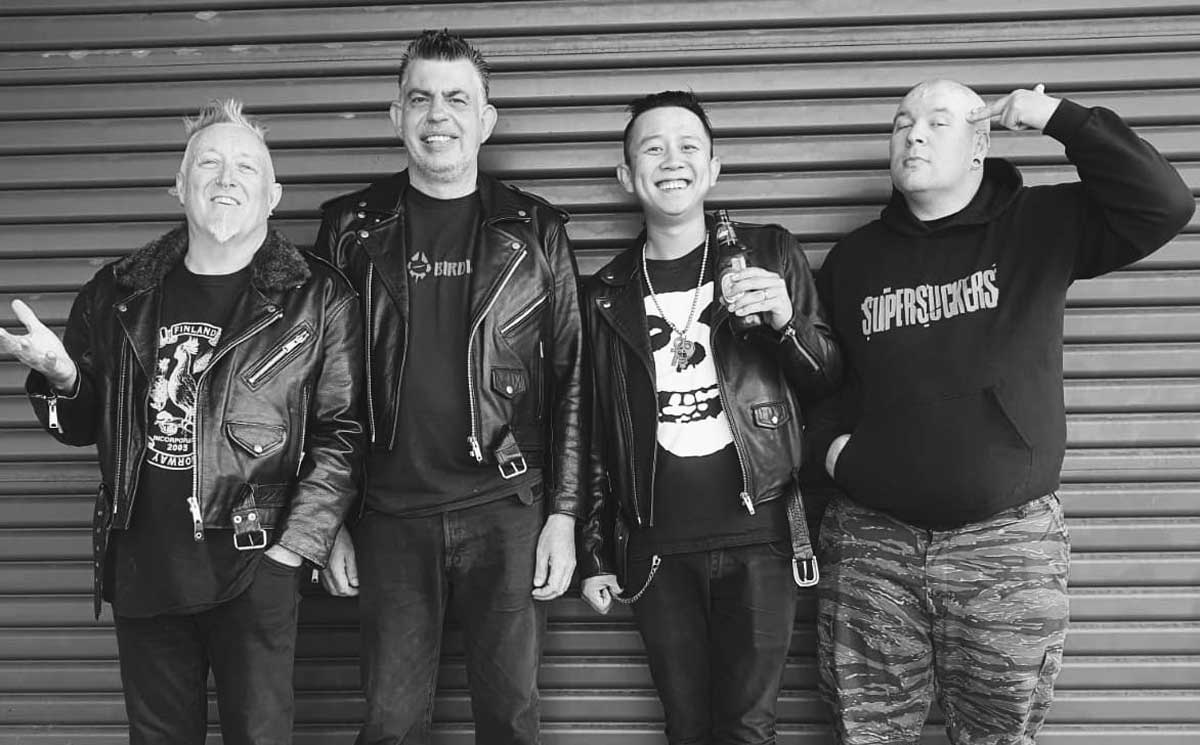 I will say from the offset, ‘EP2 Electric Boogaloo’ by Aussie Punks The Owen Guns is an awesome listen. I heard their first EP ‘Violating Community Standards’ around last August and was hugely impressed with that compact little beauty.

Hearing that ‘EP2…’ was in imminent danger of being let loose upon the world not long after, I’ve been keeping a keen ear to the ground, listening for the oncoming rumble of its arrival.

‘EP2 Electric Boogaloo’ has completely surpassed my expectations, to the point that it is one of the best releases I have heard so far this year. They have set the bar high for any release crossing my path from this point onwards, not just because it is an exciting listen that is exhilarating and well delivered, but because it also surprised me. More about that later.

Metal Talk spoke to vocalist Sean about this latest offering and what inspired the band to create this nugget of joy. He told us that “the EP was recorded towards the end of last year – all done in two days. Recorded, mixed, turds polished. It’s a pretty good representation of the band at the time, which seems like a century ago now.

“I think maybe you can feel the annoyance in some of the songs due to the whole Covid situation. I think the last song, ‘Everything’s Fucked’, kinda summed up how we were all feeling at the time. Not knowing when things would go back to normal after a year that started with massive bushfires and ended with a pandemic.

“That’s why we ended that track the way we did, too, with all the guitar squeals, feedback and shit. Anyway, that EP is us in a nutshell – part funny, part grumpy, one hundred per cent foolish.”

Another impressive demonstration by musicians, sticking two fingers up in the face of adversity and making the most of this unprecedentedly bad global situation.

The EP is a seven-track Punk extravaganza that fits compactly into an eleven-minute duration featuring the two previously released singles.

Firstly ‘Sick’, which came out in February. The punchy one-minute chunk of Hardcore Punk, is short, sharp and angry and dedicated to all the morons who thought it was a good idea to stockpile toilet paper during a pandemic. With that catchy as hell bass riff and the memorable key line “I don’t wanna die, but you can take my toilet paper from my cold dead hand!” entertaining and totally to the point.

The second single which assaulted our senses in April, is ‘Out of Time’, where ‘The Owen Guns’ give us their take on a “balls to the wall Hardcore song” addressing the inept politicians on all sides of the political spectrum.

This is a two-minute frontal assault. Initially a maelstrom of manic riffs, searing shreddy leads and complimentary high-speed vocal delivery, Sean spews forth a torrent of anger fuelled vocals alongside a punchy chorus of “Out of time, out of touch!”. It drops back midway, returning with a catchy jaunt to the still rapid riffing and equally catchy backing anthemic vocals.

Then there is the third single, released earlier this week. ‘Is this Punk?’ is an addictively punchy and catchy little sing-along number “dedicated to every fool on the internet who asks ‘Is this Punk?'”

“Shut up! No-one cares!” is the band’s answer. It’s packed with driving addictive riffs and gives the first hint at the biggest surprise for me with this EP, a touch of clean singing from Sean.

Of the remaining tracks, ‘Expert in a Minor Threat Shirt’ might be my favourite track, although it’s a close margin between them all. It is a wonderfully punchy driver and I love the constant undercurrent of straightforward but unrelentingly delivered riffing. MaTu lets loose behind the drum kit, and the mid-point squealing leadwork lifts the whole track to the next level. As the title suggests, it is dedicated to those critics who think they know better, particularly one unnamed opinionated individual. No names, but if you know, you know. 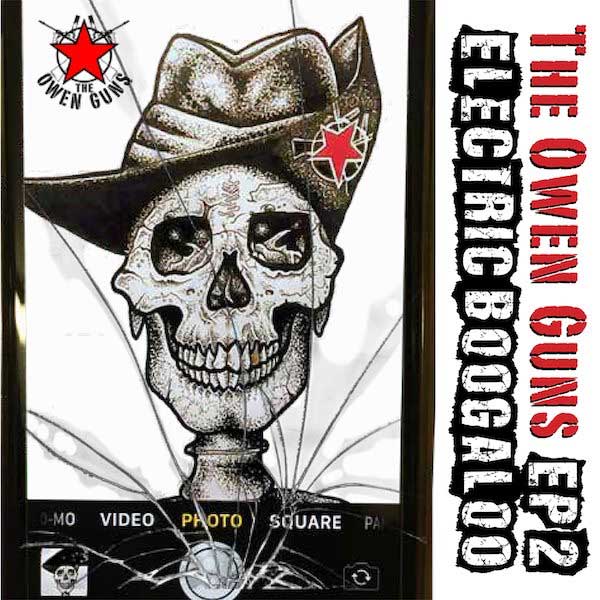 One cover included in this EP, is a version of Aussie Punks, The Hard-Ons, 1988 single ‘Just Being With You’. Sean explained, “well three of us were Hard-Ons fans. I wanted something to add to the early live sets that people knew, and we had so much fun playing it live that we said fuck it, we might as well record it.”

(An important note – The Owen Guns made the decision to include the track long before the “unfortunate event” which lead to the dismissal of The Hard-Ons vocalist from the band, and do not in any way condone his behaviour).

For me, this track has been the biggest surprise because it demonstrates what a great singing voice Sean has, alongside his normally favoured excellent shouty delivery. Interpretation wise they stay true to the original, but I prefer Sean’s vocals. He keeps to the original intonation but has a stronger overall delivery.

Penultimate offering ‘Jim Sicoli’s Dead (and I’m Fucking glad)’ is as short and to the point as it can get at just thirty-five seconds. But it will catch your ear and stick in your mind.

Finally, that previously mentioned ‘Everything’s Fucked’, which features a bit of extra shouting from Phe Palazzi from female-fronted Sydney Hardcore Punks The Kids of Skids’. Her input adds a great dialogue effect between herself and Sean. You also get a driving onslaught of riffing and squealy leads before dropping the tempo down massively, tailing off into the guitar squeals and feedback mentioned earlier, rounding the EP off nicely.

An appreciative nod in the direction of Checky in acknowledging his lyrical input is also necessary.

I cannot reiterate enough just how good ‘EP2 Electric Boogaloo’ is. In my opinion, it is essential listening for anyone who enjoys the ballsier end of Punk.