When I first saw Christian rockers Stryper on MTV prancing about in black and yellow spandex in their video for ‘Calling On You’, the last thing I ever expected frontman Michael Sweet to be involved in was a project laden with furious and hard-hitting Heavy Metal.

The same can be said for Tracii Guns, whose sleazing in the 80s with LA Guns is virtually the polar opposite to this Sunbomb project.

But as they say, a change is as good as a rest and when you get rampaging opener ‘Life’ bouncing around your skull, posing and pouting is the last thing you will be visualising. 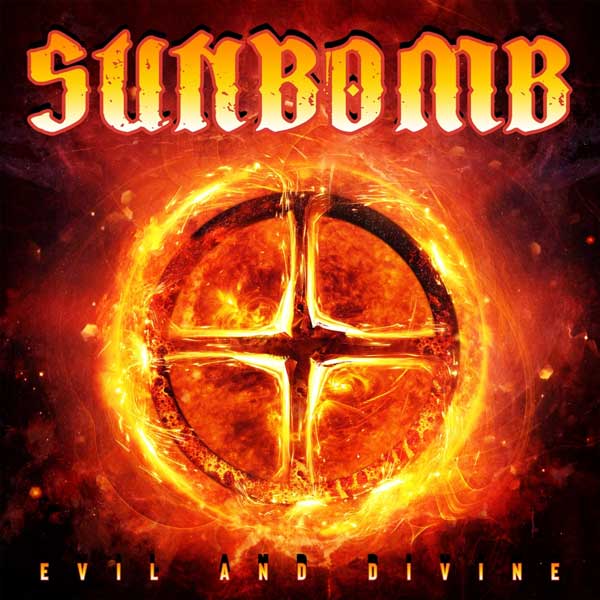 Guns: “My thing is Metal”

Tracii Guns told MetalTalk that “when Frontiers asked me if I wanted to do my own record, I said yeah, but I had no idea what I was going to do! I could have done something mellow, but as a guitar player, my thing is Metal.

“So my wife and I were doing Sunday drives up the coast listening to only Metal and discovering different things. No matter what I was listening to, it was all influenced by The Scorpions and Randy Rhoads. You can’t get away from those influences.

“So I started demoing stuff, and I had three or four tunes, and I thought this is great, but who’s going to sing this stuff? I’d recently met Michael Sweet and seen him play live at The Whisky, so I texted him a demo.

“It took me another year to finish all the music, and then it took him another year to write all the lyrics and record it. I never even heard a demo of what he was doing! When songs started coming back, it was like Christmas! We did a successful collaboration, and I couldn’t be any happier with it.”

This album has Classic Rock and Metal drizzled all over it. ‘Take Me Away’ tips its hat to the doomery of Black Sabbath, and a good portion of ‘Born To Win’ has undoubtedly been kidnapped from Led Zeppelin’s ‘Good Times, Bad Times’.

The expected Judas Priest influence comes in the form of the title track ‘Evil And Devine’ where Sweet shows he can be taken seriously as an authentic Metal vocalist despite the Christian Rock tag that he will be forever branded with. Another blast into the past with ‘Stronger Than Before’ whips up a vintage Blues Rock storm with a commanding driving rhythm.

It is well worth pointing out that for those who may have previously viewed Tracii Guns as a watered-down version of Slash, his performances throughout this album will blow the bloody doors right off that theory.

A searing solo on the pummeling ‘Story Of The Blind’ and the battle charged gallop of ‘They Fought’ are just two examples of what is within the arsenal of the immensely talented Californian.

‘Evil And Devine’ is an album that might be a tad abrasive for devout followers of Sweet and Guns in their regular clothing.

But if no-frills Classic Metal is your preference, then this album is well worthy of your time.