From getting pied by Iron Maiden, to what it is like to be in Iron Maiden (and more cowbell), here are some of the people who spoke with MetalTalk during the year that went tits up.

Master axeman and fisherman Adrian Smith told Kahmel Farahani here (Part One) and here (Part Two) why he decided to write a book: “Well I suppose, like a lot of things, I was just sitting around with some friends talking fishing stories and music stories and they said ‘oh you should write a book’” 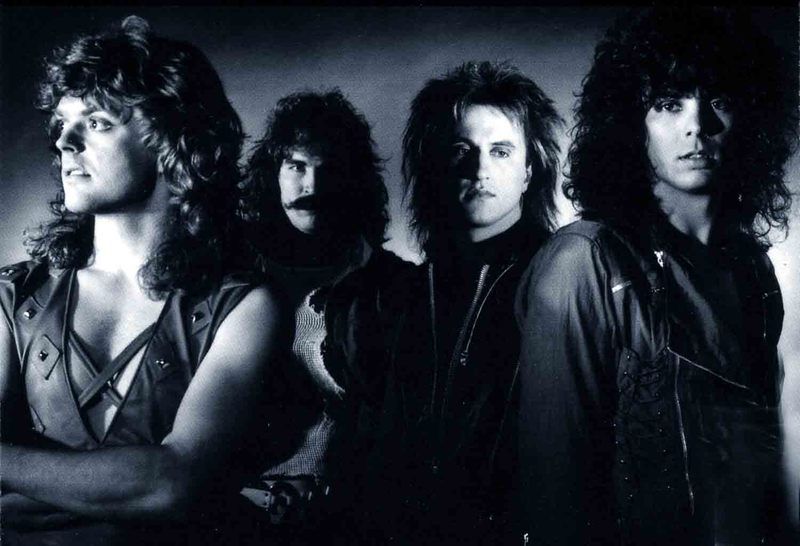 Speaking of Iron Maiden, hotly tipped to be the next big band from Canada, Coney Hatch secured a deal with the same record label which signed Bon Jovi and Def Leppard in the 80’s. They toured with Iron Maiden, and Andy Curran told Steve Ritchie: “The very last show we did on the date, we had planned to pie them on stage during their set.

“Our road manager warned us not to, so we left them in our dressing room and when we took to the stage the Maiden guys found the pies and ended up assaulting us on stage with our own pies…filled with cat food…it backfired on us big time!”

With Wacken one of a myriad of cancelled events, Thomas Jensen and his team produced the first ever mixed reality festival, telling Sid Kissinger: “In troubled times I think there was not much chance to do something else, so we are glad that we could bring some live Metal music to connect the people around the world.” 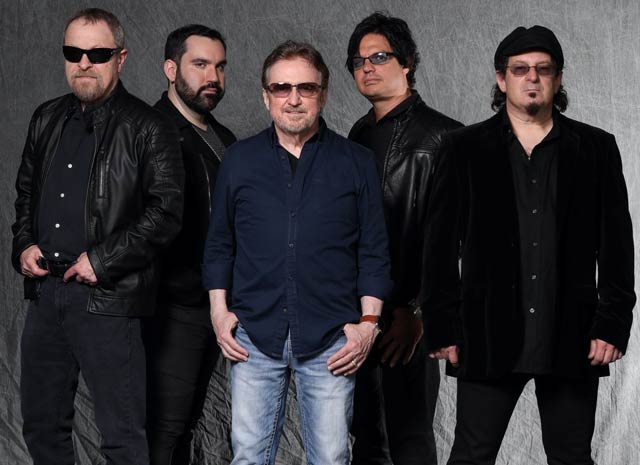 It was a big year for Buck Dharma and Blue Öyster Cult with ‘The Symbol Remains’ one of the bands best albums. In an expensive cross ocean chat, Buck told Paul Monkhouse: “It means a lot because we certainly put our hearts and souls into it. When we were all done and I was able to step back and listen to it I thought it was pretty good and people were going to like it…the fact that the reviews have been unanimous have been very gratifying to me and the boys.”

While MetalTalk’s Aggie Anthimidou was one of the lucky few who got to travel abroad and see a band, Tobin Esperance and Papa Roach even got the chance to see a bit of Greece too. “I flew in a day earlier with my wife and we walked around town and had two days here. Ate some good food, drank some wine, did some shopping, had some good fish” Tobin said. 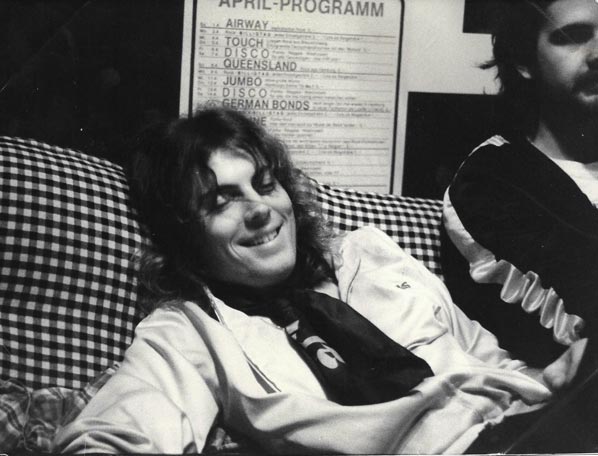 Don Dokken had a ball of a time in Germany between 1978 and 1981 and told Ian Sutherland how, recently, he was rummaging in his garage and found 35 year old analogue tapes, which became ‘The Lost Songs’ release.

A successful year was had by Massive Wagons, with the fantastic ‘House Of Noise’ banging out across the world during lockdown. As the band told Dave Bonney, “We don’t get our albums on the shelves of the big stores, it is all independent stores and the relationship we have built up ourself with the awesome HMV.

“It is sold online to proper hardcore Rock n Rollers, not picked up by mums in their droves from Asda.”

But, lets not forget Nick Holmes of Paradise Lost, who had a real busy year, telling Dany Jones: “I have never ever done so much promotion for an album. Usually, we do a lot of face to face interviews, maybe go off to Germany, France, then come down to London for a couple of days.

“Now, we are doing a lot of Skype interviews, but I don’t think I have ever done so much promotion for an album in my life. I have seen interviews I can’t even remember doing *laughs*.”

With the success of 2019, Lovebites looked set to smash 2020 even further. Miyako had a lockdown chat with Johnny Churchill, telling him: “It would be great if we could do a headline tour of the UK someday! I want the people who saw us on tour with DragonForce to check out how we’ve grown since the last time they saw us.”

Next year should also be a great year for Accept. Their new album will be released and, as Wolf Hoffmann told Mark Rotherham  here (Part One) and here (Part Two): “I think the fans are going to get what they are waiting for. Everybody I’ve talked to so far was very excited about it, they say it’s some of the best stuff we’ve done since ‘Blood of the Nations’.”

One of the key releases of 2020 was the S&M2 project from Metallica. MetalTalk’s favourite American Metallica expert Brandon Oberkrieser spoke with the visionary conductor Edwin Outwater who led the San Francisco Symphony in realising the project.

“I recruited people… to find the right musicians and also to find orchestra pieces. For example Scott (Pingel, Principal Bassist) auditioned for Metallica. It was emotional for the band to hear the bass part, with regard to Cliff Burton.

“Scott had spent hours getting the electric bass setup and peddles right and learning the solo for Anesthesia (Pulling Teeth)” he told Brandon.

Steve Howe, who celebrated his 50th Anniversary with Yes, released his latest solo album ‘Love Is’ this year. He told Andy Rawll how “The lasting quality and the great team spirit [of Yes] is not dissimilar to the Beatles’ shorter period of 10 years together.

“There’s a lot of camaraderie and a certain humour. There are a lot of things that join a band together. The strength that the Beatles had was phenomenal. Yes had a lot of strengths. We went through a lot of troubles, all bands do, but we’re still here, which really says something.”

Steve Ritchie still says that the new album from Voodoo Six is one of his top albums of the year. With new vocalist Nik Taylor-Stokes on board, Steve found out from him that ‘Simulation Game’ was the “first one [album] where I’ve been 100% involved with from start to finish. Also, Tony writes a lot of the music and this time the music was written with me in mind as a vocalist.”

Kill The Lights vocalist James Clark also spoke with Steve Ritchie. With many more people having mental health difficulties due to COVID-19, James was open about his earlier struggles. He said: “My anxiety started getting bad when I was diagnosed with cancer in 2010 and then again when my children came into the world. I have always been a person that worries about everything, but now I had a lot more to worry about besides myself.

“I had a few panic attacks last year that came from nowhere, which resulted in a hospital visit.

“It was then that I realized that I should talk to someone and seek help. I am honestly a work in progress and have good and bad days like anyone else, but try to take each day as it comes and push to be as positive as I can.”

Like Coney Hatch, Shark Island were another band who, by rights, should have hit the stratosphere. Richard Black described to Kahmel Farahani how “In the grand scheme of things my level of success isn’t even close to what I planned. My dreams were huge! I had a house on the east coast and the west coast and a plane.”

Finally, Albert Bouchard celebrated his first time back in the charts for 32 years. A massive part of Blue Öyster Cult and a friend of Sandy Pearlman, his true version of the ‘Imaginos’ is a splendid piece of vinyl. Of course, there is also the cowbell sketch, with Albert telling Steve Ritchie “I liked the first time I saw it and I still like the skit. It is ridiculous and almost true at the same time. There are some ensemble bits that sill make me smile.”

Hopefully, we will see you on the road in 2021. But, let’s not forget poor Christopher Walken: “The other day I went for Italian food for lunch, and the waiter asked if I wanted more cowbell with my pasta bolognese.”