With the new album ‘Simulation Game’ set to hit the shops this Friday (16 October), fans of Voodoo Six are in for a real treat. If 2017’s ‘Make Way For The King’ was the band back in top form, the new album is set to smash the success of that record in some great style.

Having previously toured with Iron Maiden, UFO and Extreme, as well as festival appearances including Download and Sonisphere, ‘Make Way For The King’ was seen as a critical success as the band bedded in new vocalist Nik Taylor-Stoakes.

A successful tour with British Lion during 2019 followed, where MetalTalk covered the last night. Following this, preparations began for the follow up album.

MetalTalk’s Steve Ritchie spoke with Nik Taylor-Stoakes, as the impressive vocalist talks about the journey from ‘Make Way For The King’ to ‘Simulation Game’.

MetalTalk: We love the new album. Superb. It’s punchy, full of really great songs and the whole album blends really well. It seems a step up from the last album? Do you think that is true?

Nik: “I think there might be an element of that. It’s different. With the last album [‘Make Way For The King’], it was pretty much bits and bobs of material which had been left over from before.

“When I came in, they had scraps of songs, so we pulled it together to make that album. We wanted to get it out quickly. Having a new singer, we wanted to make that impact. You don’t want to wait a year for a new record.” 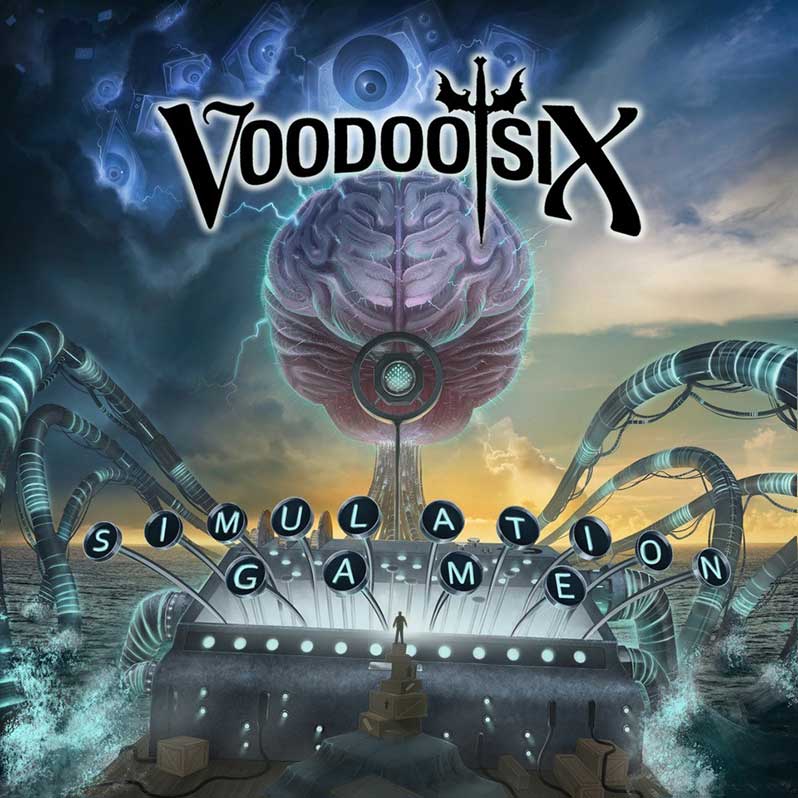 So this is first album which is a real, proper collective process with the new line up.

“Exactly that. This is first one where I’ve been 100% involved with from start to finish. Also, Tony writes a lot of the music and this time the music was written with me in mind as a vocalist.

“I still really like the last record, but the album was things that were written to suit Luke and his style. But now the songs have been written by thinking how I am going to work with this.”

So, you’ve got songs like ‘Never Beyond Repair’, which is your vocal harmony ballad moment. Thats a cracking song.. It’s a good example of something written for your vocal style…

“Yes, Tony sent these ideas across. This one was a 30 second snippet and I kind of went off on one and wrote the song with these vocal parts on and he went and elaborated on that. A real collective effort, that one.

“It’s very hard with a ballad, in not trying to come across as overly sincere. I didn’t want to come over as corny, or with your stereotypical ‘80’s Hair Metal ballad. But, then again, it’s got something to say. It’s got a poignant message, that people deal with, that I’ve dealt with.

“Its something quite important and I felt I needed to talk about it.”

There is a nice element of strings or synths. You have tracks like ‘Last To Know’, or ‘Brake’, with strings a bit more prominent than in the last release.

“Yes.. Believe it or not, nearly all of it is not synths, most of it is real strings. We had a string player from Los Angeles record it for us. We wrote the parts on keyboards and showed him the ideas we had. So it’s real strings. Thats what gives it a more authentic feel.

“This is also why we’ve probably got them higher up in the mix. In some parts the strings are probably louder than the guitars, because we had a real violinist play them. It ended up something amazing, so we wanted to make point of it. We just loved it.

“I think there is one part which is synth, the rest is all strings.”

Wonderful. It really fits in well and I did notice it was higher in the mix, but it is not overbearing and I think it works really, really well.

“It makes everything sound like a Bond song [laughs]”

And then you have some really challenging songs. Like ‘Control’ which has that challenging drum pattern and more strings. It’s another one, later in the album, where your vocal really shines through… And it’s got a really cool chorus as well…

“That one was the first track written for the album, but the last one we finished. We started working on that one, with the string idea we had and that really set the tone for the album. We went away, wrote the whole album and then went back to it.”

‘The Traveller’ is great too. We first came across that when we saw you in December on Tour at the O2, Islington. You opened up with that. What was it like touring with British Lion?

“We opened up the whole tour with that song. I really love that one.

“British Lion, they’re great guys.. really nice blokes. We did a European tour with them, about two years previously and that was great. A really accommodating bunch of people. They are a really good band.

“They’ve got Steve Harris in the band and I think that Iron Maiden connection always hangs over them like a cloud.

“No matter what they do, they are always compared to Maiden.

“I think they are a great band and maybe they don’t get taken as seriously as they should do.”

We loved your performance that night. We though the band was tight and excellent and it all really seemed to be coming together nicely for you?

And then Covid, yes… Which has obviously screwed your album release plans. You put the release back from March?

“Yea. Well, the honest truth is we were about to release the album in March and a week prior to it, we went into national lockdown.

“It felt like it would be a real selfish act to try to get people to part with money. So we decided to wait and see what was going on.“

God knows when people will be touring again. Even Fish cancelled dates for next year, which is a worrying thing. How did you first get involved with the band?

“Luke was in the band. They had a couple of big shows lined up. Luke was unwell and needed some time away, so their record label recommended me and Tony called to see if I could help them out and I sort of never left, really.

“Got me feet under the door [laughs]. So I did the two shows, I was in another band at the time, but the shows went so well. We enjoyed each others company, which is a blessing.

“We all had fun and felt like we wanted to do it again. It escalated from there – Tony started sending me ideas and before you know it, my feet were under the table.”

Best of luck with the album. I hope it goes really well, it certainly deserves to. Any message for the fans and MetalTalk readers?

“I hope they really enjoy the record. We can’t say when we going to be out touring this, so play it loud and dance around your living rooms.”

The Kinks / Ray Davies talks 'Lola Versus Powerman' at 50 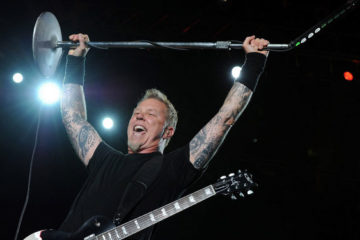