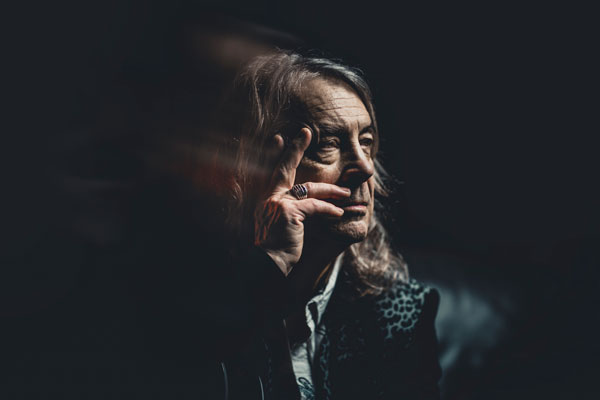 MetalTalk spoke with Albert Bouchard, as he prepares to unleash the excellent ‘Re Imaginos’ on the record buying public.

MetalTalk: “From ’67 as Soft White Underbelly, until you left in 1981, you were at the forefront of BÖC. Was ‘On Your Feet or On Your Knees’ the point where you realised this band could be seriously massive?

Albert Bouchard: “Yes. I had envisioned playing big shows and hearing the records on regular rotation from the beginning, but until ‘On Your Feet…’ I didn’t know how it would be possible.

“At that point we started selling a lot of records and winning ‘Best New Group, polls, even though we had been around for years.”

And then things got even bigger. ‘Agents Of Fortune’ was massive, went platinum and is a classic of Hard Rock. You sang lead on three, your brother on one. Of course there was ‘that’ song too.

Can you remember your expectations as you went into the studio and then after the finished product came out?

“We went into the studio quite confident that we were on the cusp of a hit.

“We were well rehearsed and had recorded everything already in practice and in our home studios and we were getting positive feedback from our fans and friends that the songs were all really strong.

“As far as me singing lead vocals, that decision was not up to me.

“The three producers all agreed that those songs sounded best if I sang them.

“Don, Allen and I also sang other songs that didn’t make the final record.”

Did you expect ‘Fortunes…’ to be as big as it was? Your live shows got even bigger at this point?

“Yes, we expected it to do well, but I don’t think we realised how much this influx of money would change how we felt about things.

“Things started happening that we wanted to happen, since the beginning when we started touring years before. We began headlining shows and being able to scale it up to almost an Alice Cooper level.

“We also played fewer, but bigger shows, which let us have more normal family lives and get out of the Rock and Roll bubble for a bit, on a more regular basis.”

“Yes. We had some high school girls hanging around a pool in LA and the band looking particularly sleazy.

“But I’m not so sure it was too sexually suggestive. It might have to do with not wanting to offend the Hollywood elite who were friendly with Joan Crawford.

“That’s what I thought at the time. They did ban it though.”

You left the band in ’81 and continued working on ‘Imaginos’. Do you want to talk about your reasons for leaving BÖC?

“It was just a personal disagreement that became untenable for some of the other guys in the group and I was asked to leave.”

Martin Birch, who sadly died recently, was at the helm for Cultösaurus Erectus (Gold record and heavier than its predecessor) and Fire of Unknown Origin. Do you have fond memories of working with him?

“I have very fond memories of Martin Birch. I have to say that he taught me more about audio engineering than anyone else.

“While making ‘Fire of Unknown Origin’ we spent entire weeks without leaving the studio, sleeping on packing blankets on the floor.

“He was a very hard worker and would tweak sounds endlessly until he got things just the way he wanted.

“After I left the group he would call me up just to see how I was doing.”

BÖC tried to get their version of Imaginos out in ’84, before you rejoined, temporarily in ’85. And you have been working on Imaginos since ’72, I believe… can you clear up your role in the BÖC album? You are credited on seven of the nine songs…..

“The original ‘Imaginos’ was at first supposed to be a BÖC album, but the guys were too concerned with chasing that next hit to devote a whole album to Sandy Pearlman’s songs, none of which would fit neatly into that hit category.

“When I left the group, Sandy Pearlman said not to worry.

“He was going to get me a solo album deal and we could finally record the album as we envisioned it.

“True to his word he got the deal, but the recording dragged on for several years because of record company apathy about the project, so as a last ditch effort to get it out, Sandy talked the BÖC guys into overdubbing their vocals on some of the tracks and calling it a BÖC album.”

While ‘Imaginos’ was far from a commercial success for BÖC, it was a piece of Progressive and Heavy Metal gold, that has stood the test of time and, given the problems in the band around that time, it still holds its place near the top of the album lists for BÖC fans. 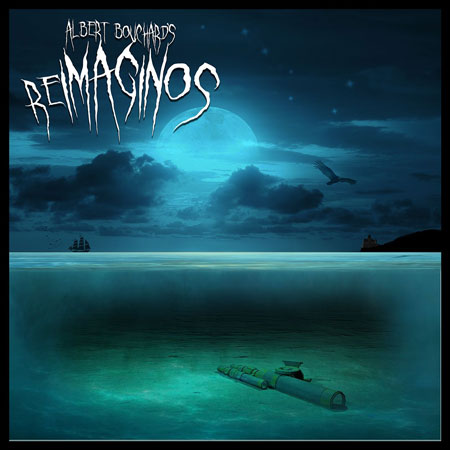 Albert Bouchard’s ‘Re Imaginos’ elevates the piece to a higher level. Not as Heavy as BÖC, but this shows the songs in the light that Bouchard had when he penned them, coupled with the passing of time.

From the opening of ‘I Am The One You Warned Me Of’, you are sucked into the master songwriting talent that is Bouchard. Foot-tappingly gripping and seductive, the track is followed by the super ‘Del Rio Song’, a multi-layered track with exquisite guitar solo middle.

The mouthful that is ‘The Siege and Investiture of Baron von Frankenstein’s Castle at Weisseria’ is a particular stand out on the album. The spacey synth of the BÖC version is replaced by piano, lower in the mix and the drum sound is now an ‘MTV Unlugged’ style of beauty.

Purists will be happy that the guitar solos are still there and to great effect too.

‘Blue Oyster Cult’ is a great slice of prog, stomping along nicely with that great drum pattern, leading to eloquent guitar work. Yes, the “Just to join the Oyster Cult, We understand , We understand…” lyric pattern is still there, but less prominent than in ’84 and the song is better for this.

This is a great album and worthy of a place in anyones collection, not just BÖC’s fans.

A cracking collection of songs, written and performed by a master songwriter and gifted musician.

Your re-imagining has ‘The Girl That Love Made Blind’, ‘Gil Blanco County’ and ‘Black Telescope’ which are are not on the BÖC version… what can you tell us about those songs?

“‘Girl the Love Made Blind’ and ‘Gil Blanco County’ were songs I recorded for the original album that were left off the BÖC version.

‘Black Telescope’ was originally called ‘Workshop of the Telescopes’ from the first eponymous BÖC album.

“It was planned to be on the second ‘Imaginos’ volume (‘Bombs Over Germany’) of what would be a three record series.

“As I was working on this next record I realised that it might fit better on the first volume.”

I love the more laid back version that you have now created. Especially on songs like ‘The Siege and Investiture of Baron von Frankenstein’s Castle at Weisseria’.

Is this how you envisioned the songs when you were writing them, as opposed to the heavy leanings of the BÖC version?

“My motivation for doing it is much different this time.

“Before, I wanted to use the album to launch my solo career.

“Here it is 32 years later and I not only have a solo career, but I have become a regular on the NYC music scene, not just as a musician, but as a representative of our local entertainment industry.

“This time around, I was much more concerned with representing these songs and this story as well as I could.

“A bedtime story usually doesn’t involve bombast, even for the children of the damned.

“The BÖC album should be enjoyed for what it is, a really great Prog Metal workout, with an intricate storyline that is oblique.

“This version attempts to present a story that makes more sense, but still keeps that mystery alive.

“My motivation for this version of the entire album is to honour the memory of Sandy Pearlman and more accurately portray the power of his genius, not mine.

“Sandy was not a trained musician but would sing his musical ideas in a fragile, nervous high voice and whenever I got stuck on how to sing a part, I would just try to emulate the way he might do it.

“Upon reflecting on what the song could mean, I realised ‘Siege…’ was a romantic piece. ‘Girl That Love Made Blind’ was originally the bridge section of the lyric, but there is also some implicit violence to it, so I thought a Tango might be the way to go.

“I know Sandy would be pleased.”

Do you think yours is the definitive version, or that it is fine that this and ‘Imaginos’ stand side by side?

“I think that both are true. It is so different that the two records can stand side by side.”

So I have to ask about the ‘More Cowbell’ sketch… over 20 years ago, now, on Saturday Night Live. Do you still get comments from that? How do you feel about it now?

“I liked the first time I saw it and I still like the skit.

“It is ridiculous and almost true at the same time. There are some ensemble bits that sill make me smile.”

Good luck with the new album… I love it and I hope it does really well for you… any message to your fans across in Europe?

“Yes. This is a great record for putting on when you are making dinner or reading.

“It’s also great when you are driving on the Autobahn.

“I will tour Europe with ‘Re Imaginos’ when the pandemic is over and it will be great live as well.”

Track List
1. I Am The One You Warned Me Of
2. Del Rio Song
3. In The Presence Of Another World
4. Siege And Investiture Of Baron Von Frankenstein’s Castle At Weisseria
5. Girl That Love Made Blind
6. Astronomy
7. Imaginos
8. Gil Blanco County
9. Blue Oyster Cult
10. Black Telescope
11. Magna of Illusion
12. Les Invisibles