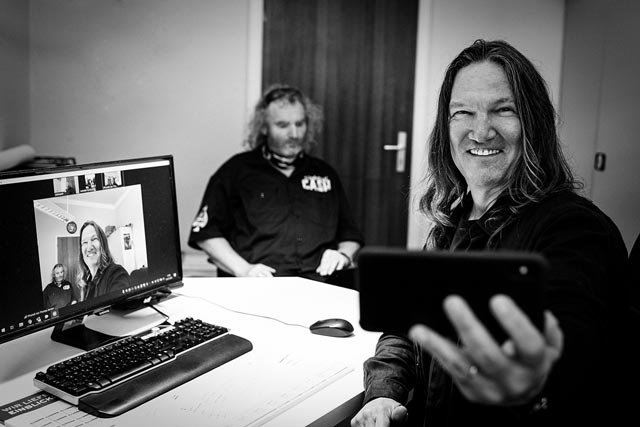 Last weekends Wacken World Wide was a global success with over 11 million people watching the event. Metal icons such as Sabaton, Heaven Shall Burn, Kreator, Blind Guardian, In Extremo, Hämatom and Beyond The Black performed spectacular live shows on an innovative XR stage specifically built for Wacken.

The events were broadcast on a live stream via MagentaMusik 360, with a number of interactive activities and specials happening, as well as Wacken World Wide Peer Camps from around the world.

If you missed the event or would like the replay any concerts, then they are available online at: https://www.wacken-world-wide.com

MetalTalk’s Sid Kissinger spoke with festival organiser Thomas Jensen to get the detail around how they viewed the success of the project and what the chances were of this being a repeated event.

MetalTalk: Congratulations on the first ever mixed reality festival. How does that feel?

Thomas Jensen: Feels great actually. I think everybody in the team did an unbelievable job in such a short time.

We are all overwhelmed. I don’t think anyone thought there would be such a great reaction.

In troubled times I think there was not much chance to do something else, so we are glad that we could bring some live Metal music to connect the people around the world.

Was it everything you had hoped for?

Yes. I think even more. The technical stuff, the XR stage, worked better than we hoped and it looked impressive.

It can’t substitute the real live experience and what we did was not meant to be a substitute for the real festival.

When we were thinking of it, we always had the idea of where we can go with the internet and the Metal community. I think the connection is quite interesting and it brought up a lot of possibilities for the bands. 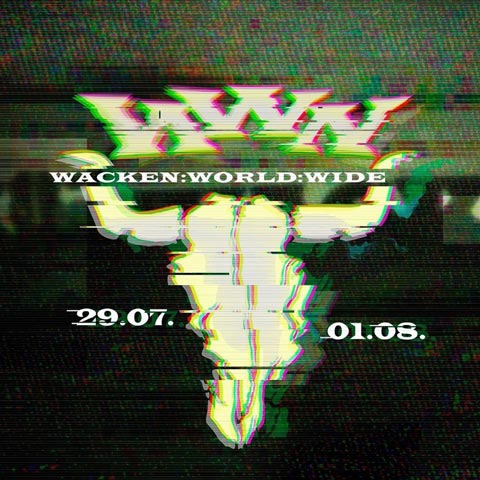 Yes. You can’t get the smells or the atmosphere on the internet, so its never going to be the same. But with 11 million viewers, that is very impressive.

Yes. Thanks a lot to everybody who watched it.

Fantastic. I know in the past years, Wacken has always had more and more live streams. How do these numbers compare? Is it a lot more than those who in the past have watched the live stream?

We had kind of four million on the main show, back in the day, which was huge.

But Telekom and our whole team are overwhelmed by this 11 million. It is a really unbelievable result.

I’m not into this huge number, but the the little bits – I’ve been to a peer camp and spoken with a lot of people who did a lot of interviews and all the direct reaction I was getting, is what made it special for me.

It was all a bit secretive, but how many stages and countries were involved with the live shows in the end?

Difficult question… At least we had Israel, some UK stuff like clinics, Ice-T from L.A. thanks to our friends and partners from TKO. A lot of little stuff form around the globe.

We were hoping for a couple of more things, for example India was facing a new lockdown, so there were a couple of things planned there which did not come through. So they had to celebrate in their living rooms.

Also, for example, there was a shout out to Vietnam. They had a lockdown as well, so they postponed their party for a week, so they are catching up this weekend.

The whole community is still partying on.

We noticed there were groups all over the world which seemed to get together and have their own little Wacken from Wacken, which was really good to see.

How has the feedback been from around the world? Was it all postivie, with the interactive elements which were quite new?

Unbelieveable and I think the whole technical stuff developed during the festival. A lot of things went smoother and smoother.

I think we have a tool that we can use in the future. It will not replace live music, but it can be a good addition and give bands and artists a lot of possibilities.

Lets see, I’m quite excited for the future.

Yes, I can imagine there re lots of people who want to go to Wacken, but the distance or cost…

Yes and all the tickets for next year are gone..

A lot of people could not get a ticket and this might be a way in the future, if we get the support.

I think Telekom were happy and other sponsors too. So lets see. This edition was at really short notice and I’m glad that we got a least something together. There was a good preview, where we can go with it and what the team can achieve.

There is probably a couple of ideas we couldn’t bring to life as the team were stretched. Some are taking a couple of days off to enjoy the good weather.

We’ve got a whole year of preparations and now we’re looking back at what happened and the fuck ups. It’s just like aftermath of a real festival, which is always quite interesting and we will take it from there.

But I know that the promise is that this Wacken World Wide is not the last edition.

Nice. What did the bands make if it? I know on the XR stage they could see some of it around them?

Yes. A couple of bands were able to interact with the audience and they found it really interesting. I spoke with Beyond The Black and Jennifer. We know its not a live show, but also, if you saw the end sequence, they felt like they had played a live gig.

It was good and a chance to, like with Alice Cooper bringing in a new song…..if you are celebrating together, then I think it’s different than where everyone is going on YouTube or watching a DVD. I must say and other people said too, I had the feeling that it was like a festival.

I felt connected and also I wasn’t directly communicating with everybody, like in the field or backstage, but we were all somehow connected and I think thats the main thing and thats what we wanted to achieve – Connect the whole Metal scene and keep the Metal scene alive.

Thats what Wacken always feels like. It feels like a family reunion when I come each year. I guess it’s difficult to do that with the distance, but I think it worked really well. Do you have a favourite moment from the weekend? That one Wow! moment?

When they asked me to deliver a banner to the peer camp, close to the where I live. They were already setting up on the Friday. It was unbelievable. The had a full PA. They had a shower camp. They had a camp ground.

They were so passionate that they had plans. It reminded my of the big one and it was really cool.

Its all still all available to watch. A lot is in German and we are working at being more international, but its not complicated conversations.

There will be another one, as you already indicated….

Definitely. Everyone is excited and we want to work with the things we learnt and yes, lets see. You will hear from us.

Hopefully we can come visit next year for the full festival.

Yes. Rain, or Shine, or online!