The Who launch their weekly six part series ‘Join Together @ Home’ this Saturday (8 August 10am PT / 1pm ET / 6pm UK) which will be available for free from their YouTube channel. The series will feature some of the band’s most memorable performances and will include some previously unseen footage.

The series launches with five live tracks from The Who’s 1982 Shea Stadium New York show and the event will include an exclusive ‘red carpet’ premiere clip from Roger Daltrey.

Produced in partnership with The Who and Eagle Rock Entertainment, the events will be free, but fans are encouraged to donate via the link on the YouTube page with donations being split between the Teenage Cancer Trust and Teen Cancer America.

As Patron of both charities, Roger Daltrey, along with his partner Pete Townshend, has raised much needed awareness and funds to help support young people with cancer, both in the UK and the US. He has been the driving force behind Teenage Cancer Trust’s iconic comedy and music shows, held at the Royal Albert Hall for the last 20 years.

Both charities have suffered a massive downturn in fundraising, an unfortunate side effect of the global COVID-19 problems.

And let us not forget that, with hospitals around the world compromised, there is an increasing chance of missing a diagnosis and many existing treatments have been halted.

The Teenage Cancer Trust are reporting a £5m shortfall, while all Teen Cancer America has ceased. 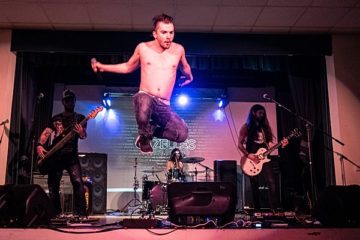