Canadian Rockers Coney Hatch are back and ready to play their first internet gig this Saturday (3 October 2020) at the legendary El Mocambo in Toronto.

Releasing three albums in the 80’s, the band were on the fast track to success, including appearances on Maiden’s Piece Of Mind tour (40) and slots with Judas Priest.

They were hotly tipped to be the next big band from Canada and secured a deal with the same record label which signed Bon Jovi and Def Leppard.

Problems during the mid-80’s saw the band collapse and it took Carl Dixon’s recovery from a bad car accident to spearhead a reunion. This saw the release of the album ‘Four’ in 2013, with several live dates in the intervening years.

Ahead of tomorrow’s El Mocambo show, vocalist and bassist Andy Curran interrupted his gig preparations to speak with MetalTalk’s Steve Ritchie about the band’s impressive early history, it’s collapse and how time heals all wounds. 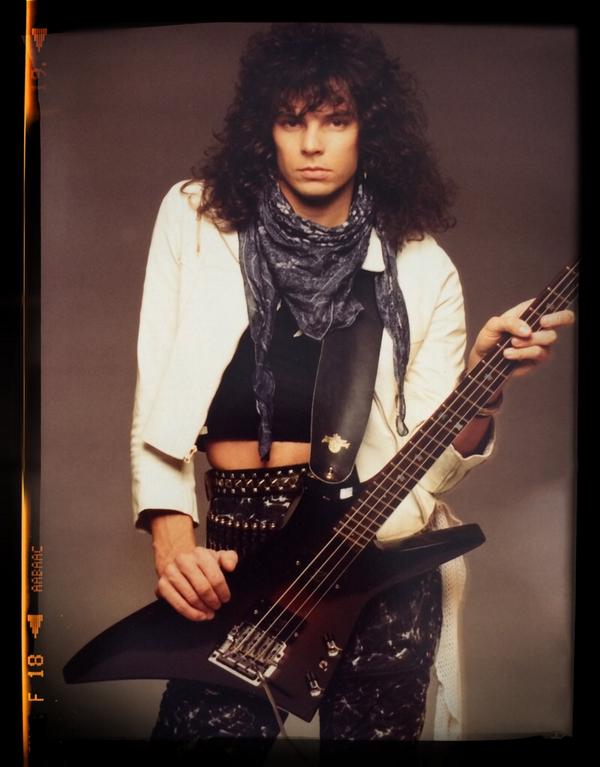 Steve Ritchie: So, first live stream – A new format for you guys. Will you treat this any differently to a normal gig? Nervous? Excited?

Andy Curran: “We’re pretty excited and will try not to let the record light on red in the studio mess with our mojo!

“We will go out and lay down some vintage Hatch sounds on the unsuspecting people at the Elmo and in TV land!”

At the time when you were at your peak, in the mid-80’s, on the journey to that point there were a few other great Canadian bands around and you were up there with the best.

Was it a competitive scene? Especially in the early 80’s the noises around the band seemed to be so positive…..

“The scene was really thriving and I don’t think we ever felt it was competitive because we had a really good following and built a fan base with relentless touring.

“So we never really looked over our shoulder.

“Carl found an itinerary from 1983 and we played 120 shows that year, so there was no time to even wonder who was chasing us.

“We just kept plowing on. Bands like Anvil, Sheriff, Helix, Goddo , Killer Dwarfs and Brighton Rock, these guys were our friends and we were happy for their success and, I think, vice versa.”

How was the Piece of Mind support tour in ’83? Maiden were building up a lot of steam. Do you have fond memories of that time? Any special stories?

“Thats was an incredible tour to be on. Maiden were peaking at that time and they treated us so well.

“I think we played 30+ shows with them and became fast friends, with lots of extra curricular social hanging after the shows.

“I love those guys and still hang with them when they come to Toronto.

“The very last show we did on the date, we had planned to pie them on stage during their set.

“Our road manager warned us not to, so we left them in our dressing room and when we took to the stage the Maiden guys found the pies and ended up assaulting us on stage with our own pies…filled with cat food…it backfired on us big time!”

You did a Judas Priest tour too?

“Yes. The year before Maiden in ’82, we were special guest on the Screaming for Vengeance Tour, again playing close to 30 shows with them in Canada and the US.

“We quickly learned what it was like to have to earn your place on their stage…their fans were hard core and that tour made us a much better band.

“Priest were a machine..amazing every night.

“There wasn’t a bad show for them, that I can recall. They were extremely polished and consistent, same with Maiden.”

The album ‘Friction’ came out in ’85. Dave Ketchum had left by this point. Was that the album you were hoping was really going to smash the charts? Perhaps, with hindsight, it could have been heavier?

“There was a ton of label management pressure on that record.

“I was told to take a back seat and let Carl be ‘the voice’ and changing drummers completely changed the dynamics and chemistry of the band.

“I wasn’t a happy boy and the sound had strayed so far from my vision on record number one.

“Thats what happens when you let your label and management dictate the rules for success.

“We were too young to realise its not something you can cook up on paper.

“You either have the right songs or you don’t and we certainly had some ‘friction’ going on within the band.

“That record led to the break up for sure.”

Can you talk about what lead to the band finishing after ‘Friction’?

“The tours we did with Accept and Krokus exposed some real big problems, with personalities in the band not jiving.

“When you’re with people 24/7 and the record wasn’t taking off, etc, so within the Hatch camp, the day to day was the exact opposite of the Maiden and Priest tours.

“Accept were very kind to us and even though I was a Krokus fan back then, I have to say now they made zero attempt to socialise with us, which was a drag.

“Maybe we were just spoiled by how accommodating Priest and Maiden were.

“At any rate, things came to a boiling point on that tour and Carl announced he had had enough.

“I was fed up and didn’t try to stop him, so we just went our separate ways.

“It was strange. It just fizzled out and there was no attempt from management or label to patch it back up, as I think everyone was on the same page to walk away.” 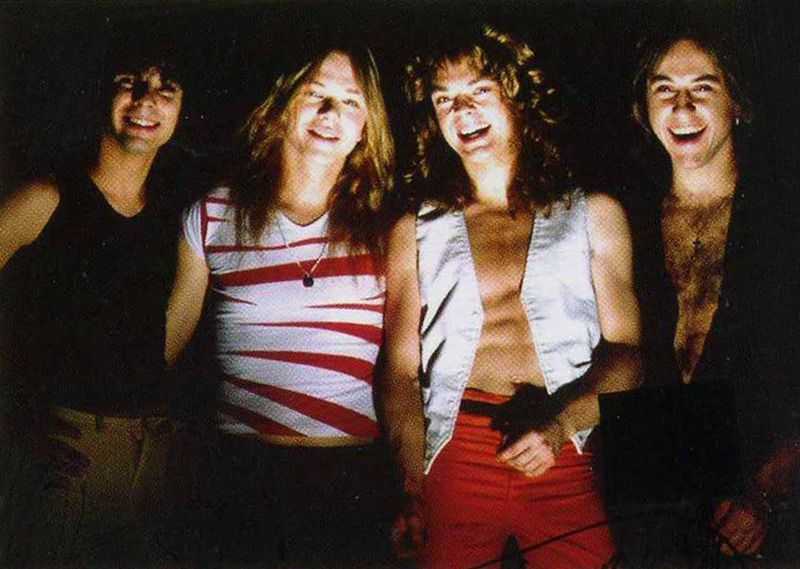 Then, after  a very long break and with the car crash which nearly killed Carl, as far as Coney Hatch is concerned, it was back together. Dave was back too. Was it better with less pressure, after the break?

“Time heals all wounds and it was like four brothers coming home.

“We rallied around Carl and supported him in his recovery and yes, there was zero pressure.

“It was all about the hang and the brotherhood..all the drama (or most of it) was gone!”

The album ‘Four’ was released in 2013. Sean Kelly joined for the tour, where you played with Harris’ British Lions. Was that Harris connection made because of the past?

“Yes. As I mentioned, I’m still in touch with Steve and consider him one of my best friends.

“He called me to invite Coney Hatch out to be special guests on the British Lion dates. He said lets do it up like old times. It was a blast!

“Sean, Kelly and Carl are old friends and he is the young kid in the band. It’s really nice to have that energy in the camp.

“Steve Harris is legit a Coney fan and would watch our set most nights side stage. It was really flattering to see that.”

How do you see the band now? Is it a case of picking and choosing what and where you want to play?

“Just to have fun with it and see where it takes you!

“We are weekend warriors, with no stress.We all get along great and are lucky enough to have promoters in Canada and Europe invite us out to perform. So we all feel lucky.

“It’s like a paid holiday, minus the beach towels and sun screen!

“Plus were not trying to change the world anymore. Just to take people through the ’80’s ……and back again.”

Good luck with the live stream. We hope you knock ‘em out!!!! 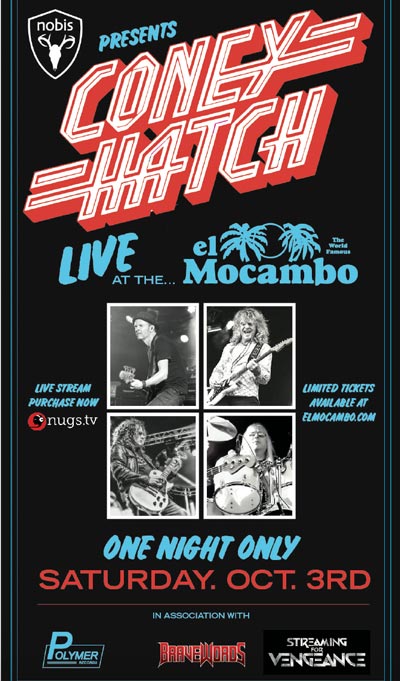