Lovebites, maybe one of the most European sounding Japanese Power Metal bands around, recently released the fantastic album ‘Electric Pentagram’ and on the back of a successful UK tour with Dragonforce, they are certainly a band on the rise.

MetalTalk: Since your debut in 2017, you’ve built some impressive momentum. What have been the highlights of the last 12 months?

Miyako: “In the summer of 2019 we played at Download Festival in the UK, Graspop Metal Meeting in Belgium and Download Madrid in Spain, and then toured the UK with DragonForce at the end of the year. I think we’ve been able to level up as a band through these experiences.” 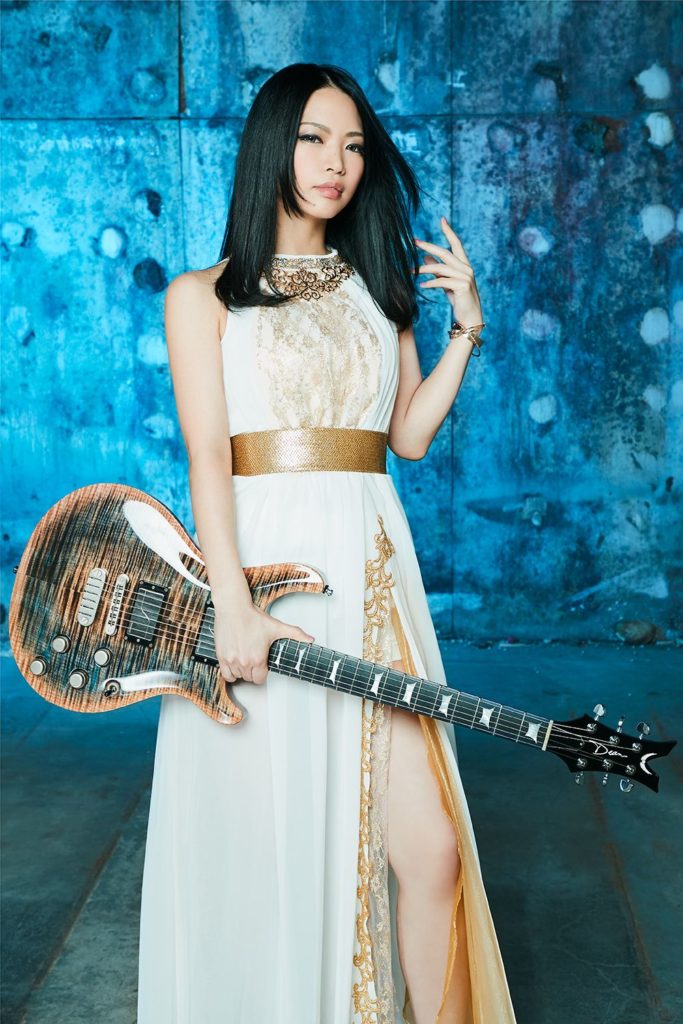 Are you surprised by the positive reaction of the UK fans to you on this tour with DragonForce?

“I think a lot of people at the start of the tour referred to us as “that band opening for DragonForce”, but as the days progressed, they started to recognise our songs and seem more excited to see us. On the last day someone said to me “I’m glad to see you guys! I’ll remember LOVEBITES” – I’m really happy we could play and be appreciated by pure metal fans.”

Tell us about your new album, ‘Electric Pentagram’. Does it differ from your last release, ‘Clockwork Immortality’?

“Of course, we haven’t diverted from the path of metal, but I feel we’ve worked on the reflections created in Clockwork Immortality and deepened them. I don’t think it’s an exaggeration to say that this is pinnacle LOVEBITES.”

What is the songwriting process for the band? Do you all contribute and what are your biggest influences for this latest record?

“For the songs that I wrote, I make a demo with all the parts arranged and have the other members copy their parts. Then other members may arrange their parts differently, but generally not too far off from the original demo. We have a sixth member of the band called Mao. He composes with us and co-arranges with members or by himself. I respect him very much and I respect our rivalry to out compose each other.”

Has touring with DragonForce and playing at some major festivals with other Metal bands had an influence on your songwriting?

“I still feel like a fangirl when I’m backstage and get a chance to talk to some of these bands. Likewise, when I’m watching them on stage I’m thinking “wow, they’re so good”. It makes me feel like there’s still a way to go to reach that level.”

Power Metal is still very male dominated. How important is it you as a band to be leading the way for female musicians, and have you noticed an increase in the number of female fans at your shows?

“It seems that way overseas, I heard that there are few metal bands with female members. I wonder if it’s to do with the difference between gigging in Japan and overseas. When you play a show in Japan, the venue supplies all the gear, the amplifiers, the drums, etc.

“You just need to rock up with your guitar, plug in and go. It’s very easy and convenient compared to my impression of touring and doing shows overseas. I guess each region has its own set of pros and cons and it’s not really an excuse if you want to take being in a band seriously.

“I’m certainly not satisfied just plugging in and playing. As for our fans, we have some female fans and I can feel they’re increasing gradually.”

You’ve already built a good following in the UK and have have headlined the Underworld and played a couple of our biggest festivals. What’s next for the band and how do you think you can top what you’ve already achieved? Will we see a UK Headline tour in the near future?

“It would be great if we could do a headline tour of the UK someday! I want the people who saw us on tour with DragonForce to check out how we’ve grown since the last time they saw us.

“Also check out our first single ‘Golden Destination’, it’s out later this month in the UK and is only on CD, with a vinyl coming later. It has two never-before heard songs on it and an orchestral version of a track from Electric Pentagram.”

Aside from DragonForce, which other bands are on your wish list to tour with, either as your support band, or for you to be a support band to?

“As long as there’s mutual respect, I’m happy to tour.”

And finally, is there anything you’d like to say to your UK fans about the release of ‘Electric Pentagram?’

“We take pride in all of our songs, they’re all are our best, but we’re especially proud of Electric Pentagram and our first single ‘Golden Destination’ – Please take a listen!” 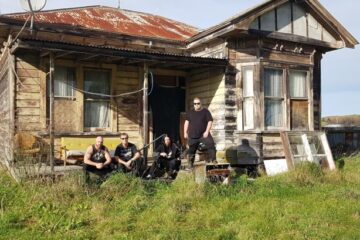