Sodom / M-16 anniversary edition is of quite spectacular proportions 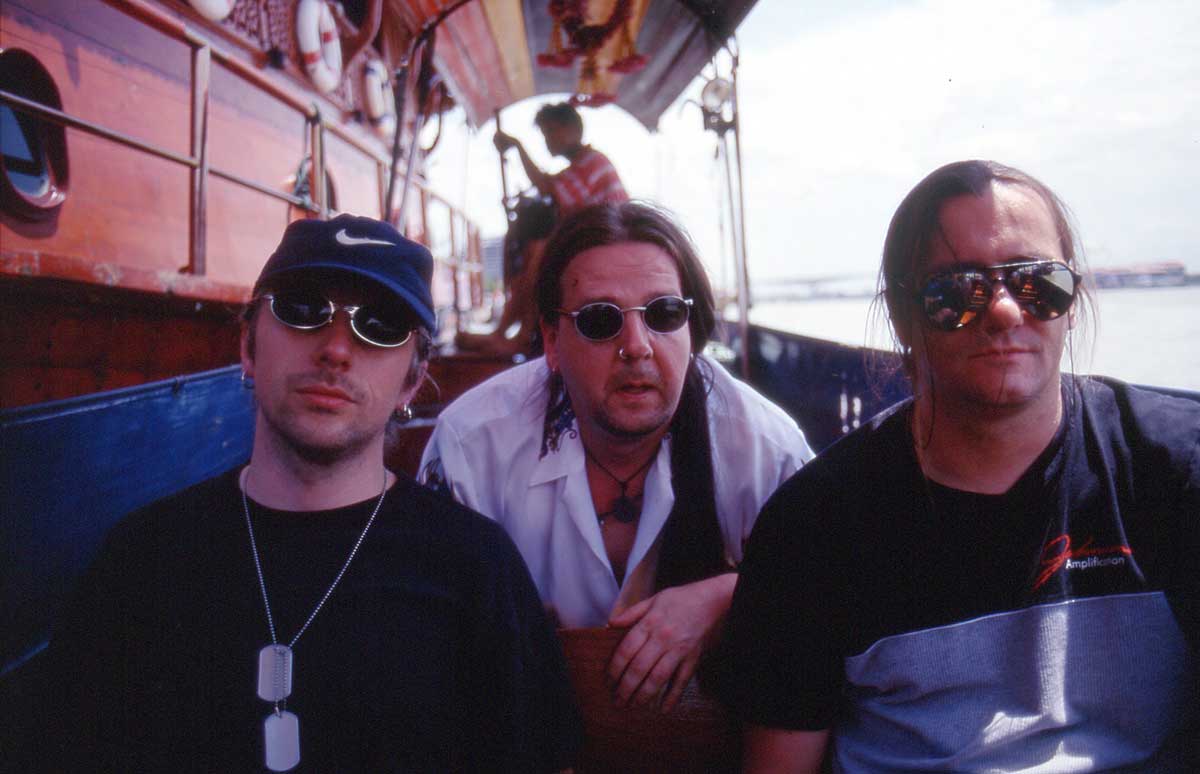 October 2001 saw the release of German Thrash legends Sodom’s M-16 album, which followed their tradition of politically committed and socio-critical inspired releases, especially 1989’s Agent Orange and Code Red in 1999. A fraction over twenty years later, it is being re-released as an anniversary edition of quite spectacular proportions.

“The recording is definitely one of Sodom’s classics,” Tom Angelripper said. “Not least because of its consistent thematic concept. It was also our last collaboration with producer Harris Johns, finalising an important era for the band. I’m very happy that M-16 will now be re-released as a 20th Anniversary Edition with new versions and lots of attention to detail.” 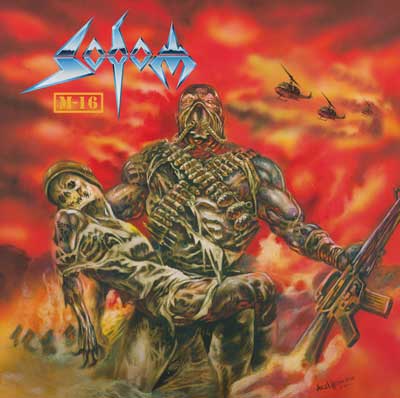 M-16, like its previously mentioned predecessors, I think was a bold release, given the historical sensitivity of the topic of the Vietnam War. The war was officially fought between North and South Vietnam in the 1960s, with the intervention of 500,000 US soldiers fighting and supporting anti-communist North Vietnam against Eastern Bloc detachments. A subject that, to this day, touches a raw nerve.

M-16 is also a Thrash classic within an impressive back catalogue. Originally recorded by members Tom Angelripper on vocals and bass, Bernemann on guitar, and Bobby Schottkowski drums, the 20th Anniversary Edition has been remastered by the band’s current drummer Toni Merkel.

It features an impressive amount of bonus and previously unreleased material. With live performances at Wacken 2001, Tokyo 2002, Bangkok 2002 and Bang Your Head 2003, fans at these performances will undoubtedly find this particularly desirable.

It’s an album that invokes strong mental imagery of devastation and brutality, in condemnation of, not in praise of and sheds critical light on the excesses and grievances of Western civilisation, but equally as important, it’s a superb listen. Toni Merkel has sympathetically remastered the album so all the things we loved twenty years ago, the raw, brutal passion and energy, remains intact. From the militaristic drum work opener, on the searing driver, Among The Weirdcong all the way to the closing crazy cover of The Trashmen’s Surfin’ Bird.

My personal favourite is Napalm In The Morning, which opens on the famous Robert Duvall as Lieutenant Colonel Kilgore quote from Apocalypse Now: “I love the Smell Of Napalm In The Morning….” A track that stands out for me because it’s catchy as hell, always a live favourite and I love the slightly slower, sinister pace and second half “widdly” leadwork, all of which shine through with fresh new zest.

The new previously unreleased bonus live material included is pretty good quality recordings and definitely capture the live feel. On the CD and LP, you get Remember The Fallen and the crowd-pleaser Blasphemer, which always whips the pit into a frenzy, both from Wacken 2001. The deluxe box set has two extra full albums of live material.

LP2 features Live at Bang Your Head 2003; The Saw Is the Law, Outbreak Of Evil, Bombenhagel. Plus Live Bangkok 2002; I Am The War, Masquerade In Blood and Sodomised. There is a USB stick in the shape of a rifle cartridge containing all the album songs, a Sodom military ID badge, a poster featuring the cover artwork, plus a 44-page booklet with rare photos and liner notes by Tom Angelripper.

In the booklet, former Metal Hammer contributor Manni Eisenblätter, whose private archive contains countless unpublished Sodom photos, tells the story of the album’s creation and promotion, for which the band travelled to Thailand and South Vietnam just a few weeks before its release to get a first-hand impression of Vietnam.

Sodom, M-16, can be ordered from sodomofficial.lnk.to/M-16PR