With the 50th Anniversary of the sad loss of guitar legend Jimi Hendrix, we were excited to read a story in the Edinburgh Evening News that the ’66 Jimi Hendrix Experience breakthrough single ‘Hey Joe’ was actually written in Edinburgh by Billy Roberts, who co-wrote the song ten years earlier with Len Partridge.

Len Partridge, now 82, told the paper: “I’d heard there was this American guy in Bunjies playing a twelve-string guitar. In Scotland at that time there were only about three twelve-string players – myself included – so I had to go and have a look.

“Billy had ideas about this song (Hey Joe), and we started playing it back and forward. I don’t even remember the bits that I added. The person who really ‘wrote’ it was Bill. I had something to do with it, yes, but it was his song.

“People often ask me, ‘do you have any idea how many artists have recorded it?’, and, yes, I do, but I really wasn’t in it for the money. We didn’t write songs, we made them up and discarded them after a few years. It was just for fun and nobody thought of copyrighting anything.

The track has been recorded more than 1800 times.

Supergroup Flying Colors yesterday released ‘Third Stage: Live in London’, filmed 14 December 2019 at the iconic Grade II Listed, Shepherd’s Bush Empire, London. You can watch the video for the track ‘You Are Not Alone’ below.

Of the track, singer/guitarist Casey McPherson told MetalTalk: “The lyrics from this song originated from my experience in Houston when hurricane Harvey hit.

“Being one of the first responders there, pulling people out of the water, it allowed me to see the depth and connection we have as humans.

“When it all falls apart, when our race, class, and political stance doesn’t matter anymore, we are just people, one hand reaching out to the other.”

The fantastic D_Drive have released the single ‘Begin Again’, taken from the album ‘Maximum Impact’. 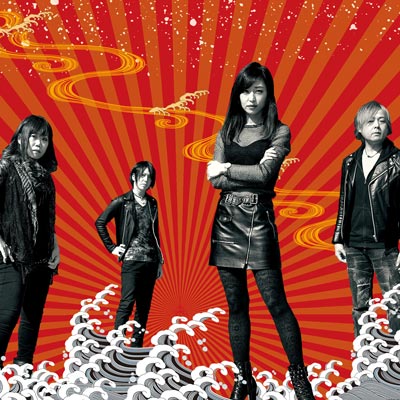 The band have previously played the UK, having appeared at both Camden Rocks and Marshall Live.

“When any member joins, the groove of the band can change, so it felt like a fresh start; I wanted to do my best to honour D_Drive’s driving rock sound but also capture the feeling of having a new member.

“There are many people whose lives have changed significantly due to COVID-19 and it can be difficult to respond to those changes and I hope the message can inspire people as they ‘Begin Again’.”

The band have released a lyric video for the track ‘The Descending’.

Ward XVI have released the track ‘Shadows’, from the album ‘Metamorphosis’, due out 25 September 2020 via Metal Rocka Recordings.

Phychoberrie told MetalTalk: “I want to tell the story of how the lyrics to this song came about. This was one of the songs that had sat there there longest without me putting any lyrics to it. I’d tried on several occasions and I just couldn’t do it justice. I had an intro, nothing more.

“My great Nana fell ill with Pneumonia and I went with my sister to see her in hospital. Unfortunately she died whilst we were both at her bedside and I came out of there kind of not knowing how to feel. What I’d witnessed was both beautiful and horrible at the same time, everything seemed very still and calm following her death but there was also a huge part of me that was angry at the way she’d been treated. 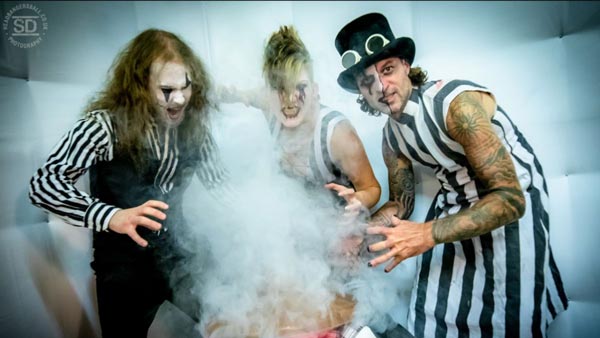 “At some point in the week that followed, I played the demo and recorded the vocals in one take, a lot of it I made up on the spot. I then went back later and recorded another vocal layer.

“I must stress that these lyrics are completely fictional, in no way relevant to the events that happened a few days prior but the emotion that was present I knew I could never capture that again, which worried me because I had to re-record this in the studio.

“We got the first set of mixes back for the album and I listened through what I’d recorded in the studio for this track and I immediately said I didn’t like the vocals, the demo was just perfect. There were imperfections on the demo, I had a cold for one, my home recording mic isn’t very good, but there was no way I could capture that emotion again and I hadn’t, so we took the new vocals out and dropped the demo vocals in so what you hear on this track are the actual vocals I recorded that day alone, at home.

“These lyrics genuinely disturb me. If there’s one song that makes you understand why Psychoberrie became so evil it’s this one.”

The Sunday Supplement – check back tomorrow for an in-depth interview with Arjen Lucassen from Ayreon, who will release Transitus’ 25 September via Music Theories Recordings.

In the meantime, here is ‘Get Out! Now!’, featuring Dee Snider, Tommy Karevik and Joe Satriani.

The Beauty Of Gemina released their second single ‘A Night Like This’, yesterday via TBOG Music. The song is taken from their upcoming album ‘Skeleton Dreams’.

Early last year, frontman Michael Sele had to undergo major and complex heart surgery. Using the recovery period to reflect and rebuild his strength, Sele took to composing music for the new album. The result is a mix of warm, hypnotic blues, ambient melancholia, earthy and indie-influenced folk/rock, with songs bursting with vitality and intensity.