Udo Dirkschneider, the legendary former vocalist of Metal titans Accept, recently played a UK tour where he only performed songs from his Accept past for one final time before he solely concentrates on his own band U.D.O., or Dirkschneider as they were called for this tour.

Before the show at London’s Islington Academy, MetalTalk’s Mark Taylor spoke to Udo about his career with Accept.

The subject of the second Accept album ‘I’m A Rebel’, whose title track was written by Alex Young, brother of Malcolm and Angus Young from AC/DC came up. The track was turned down by the Aussie legends, so Accept finally recorded it themselves in 1980.

Pressed on the subject of the recent vocalist auditions for AC/DC and whether he would have been up for joining AC/DC, Udo replied: “But they didn’t call me… but to be honest, I was really thinking about this… if they called me, then yes I’ll do this.”

Dirkschneider will be releasing a DVD of one of the recent European shows and the singer with the charismatic voice said: “It’s still so much fun to sing these songs live, they are a part of my biography, but nevertheless it’s about time to turn that page. There was so much talking and speculations about me and Accept, so this is kind of a musical statement from my end which seems to be very interesting for the fans who came to these shows.”

Due to extremely high demand from fans and promoters, Dirkschneider will continue touring until the end of 2016. After the recent triumph all over Europe the band will tour in Israel and Japan, doing a lot of summer festivals and then tour USA, Russia and Europe in Autumn and Winter 2016. 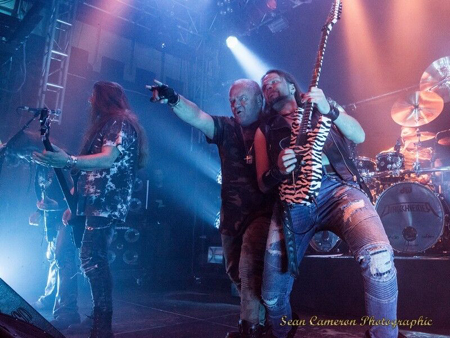 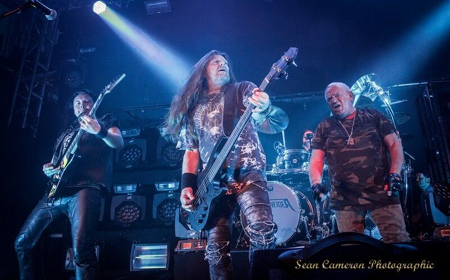 KILLIT: 'Shut It Down'