KILLIT: ‘Shut It Down’ 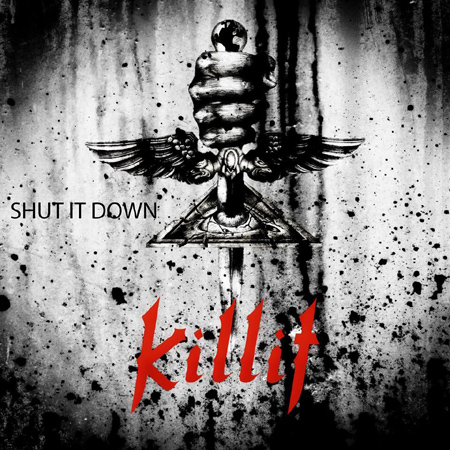 The members of London based Killit have extensive experience of touring the live circuit as they do rocking hard in studios. They’ve spent time in such bands as rockers King Lizard and Ace Mafia, which also featured current members of Judas Priest and We Are Harlot. Killit have also begun to prove their worth in the capital playing sold out London shows at venues like The Monarch, 12 Bar and Cargo.

Originally hailing from Hungary, Israel, Argentina and Britain, Killit were founded at the beginning of 2015 after which they released their first video for single and title track of their new album, ‘Shut It Down’, which has racked up close to 100K views on YouTube to date.

Kicking off this album is the aforementioned title track, ‘Shut It Down’, and it’s a solid rocker to get things going. The fast paced number has a great rhythm guitar track courtesy of Byron Marr whilst front man Gaz Twist shows early on that he’s more than up for the job with a strong vocal performance.

Just as things get going though, the track changes tack with a much slower mid-section that shows this band can do full on rocking but also do subtlety really well. It’s here that Gaz shows how powerful his voice can be as he stretches it to the limit but still manages to produce an exceptional vocal.

Drummer Pete Jean sets the tempo for ‘Say My Name’ which accelerates to it’s terminal velocity before the intro’s even finished! Gaz Twist produces another great performance here, sounding not unlike ex-Iron Maiden/Wolfsbane vocalist Blaze Bayley at times with his phrasing and vocal sound. The guitar solo from Niro Knox is a true showstopper and shows there’s no lack of talent or skill when it comes to guitar solos for this band.

Likewise, ‘See The End’ is another fast paced number with the guitar in the background filling out the rest of the sound as they try and wrestle control from the Twist’s vocals. The vocals themselves are also very much in the background here compared to some of the other tracks but it’s still got a solid sound to it overall and is another thoroughly enjoyable song.

‘I Ain’t Playing Your Game’ continues the fast paced numbers with Gaz’s vocals once again in the back of the mix allowing the guitars to take centre stage. The short and precise lyrics give this track a different feeling from some of the others but it’s still an incredibly enjoyable track. Once again it’s the solo from Niro that takes centre stage in the middle but also reappears in the background as the track races to it’s finale. 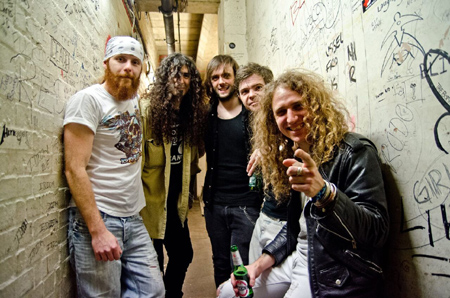 Current single ‘Take The Power’ is a good choice of track if you’re looking for a song to investigate the Killit sound, and you can’t really go wrong with this one. It’s a fast paced number that has everything that typifies the band and their sound – another solid vocal performance whilst the guitars of Byron and Niro are just great. Niro’s guitar solo here is short and to the point and merges seamlessly with the rhythm from Byron in what has been a real favourite track of mine from the very first listen.

It’s not all fast numbers though, as shown with ‘Calm Before The Storm’ which is a much slower paced number but still retains a power about it. The guitar drives the song with some long chords which are backed up by a simple beat from drummer Pete Jean whilst the bass guitar of Geos Letona rumbles away in the background giving the song a bit of extra texture. Most of the track is actually quite a laid back afair until Niro lets loose with his guitar solo, which really brings the song to life in the mid-section.

‘Dragging Me Down’ is another great slow paced number that sees Gaz Twist stretching his vocals once again. The number has a grungy almost Soundgarden-esque sound to it and the addition of an easy to remember chorus will ensure that you’ll be happily humming along to this track once it’s over and done. The guitar solo from Niro is another well thought out and expertly executed one as it takes over the middle section and doesn’t really give up after that, ensuring that this song is another firm favourite of mine from the first note to the slow fade out at the end.

‘Our Last Goodbye’ is the album’s ballad and shows this band can do slow and simple. A real ‘lighters in the air’ moment, the song benefits from it’s catchy chorus and sweeping guitar chords and yet another sensational performance from Gaz. The solo from Niro is toned down too but is still entertaining as it soars onwards and upwards before being brought right down as the song climaxes.

Overall there’s a lot to like here and this band do have something different to offer. With a couple of gigs lined up shortly after the album’s release, I sincerely hope that their gig diary begins to fill up quickly as this band are certainly on my “To See” list and I have a sneaky suspicion that seeing them once just isn’t going to be enough!

You can see the official video for ‘Take The Power’ here:

‘Shut It Down’ Tracklisting:
Shut It Down
Say My Name
Calm Before The Storm
See The End
Take The Power
Our Last Goodbye
I Ain’t Playing Your Game
Calling You For The Very Last Time
Dragging Me Down
Draw The Line
Don’t Look Back
Crash And Burn

UDO DIRKSCHNEIDER: "IF AC/DC HAD CALLED ME THEN YES, I WOULD HAVE DONE THIS..." - EXCLUSIVE VIDEO INTERVIEW

KILLIT: ‘Shut It Down’ 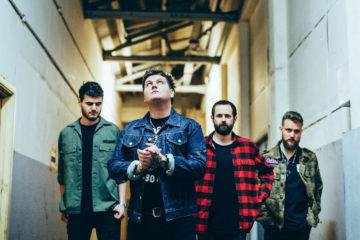