Triptykon / Requiem is a superb work of art

The man behind Triptykon, Thomas G Fischer (Tom G. Warrior), has always been a musical visionary, never afraid to try something new and often ground-breaking with Celtic Frost. Every album was different and the three chapter ‘Requiem’ is in many ways a realisation of another idea of his that has been building for over thirty-three years.

‘Triptykon’ – ‘Requiem’ (live at Roadburn 2019 with The Dutch Metropole Orkest)

Requiem is a three-part live work in conjunction with ‘The Dutch Metropole Orkest’ that spans a hefty forty-five minutes, with most of that span taken up with ‘Grave Eternal (Requiem, Chapter Two: Transition)’ at over thirty-two minutes duration.

The other two parts are Celtic Frost covers, all three of which consolidate beautifully, opening with the six and a half minute ‘Rex Irae (Requiem, Chapter One: Overture)’ from the 1987 album ‘Into The Pandemonium’, a pivotal album in its own right as it was one of the first orchestrated Metal releases. Requiem closes with ‘Winter (Requiem, Chapter Three: Finale)’ the seven minute, superbly orchestrated, beautifully haunting closer from 2006’s Monotheist, an otherwise brutally punchy release and my favourite Celtic Frost album.

‘Grave Eternal ‘(Requiem, Chapter Two: Transition) was written between 2018 and 2019 specifically for this performance and with Thomas stating it would be a one off never to be repeated performance. Whether this remains the case time and circumstances will tell.

This is a very niche release. It demands a lot of attention and focus, something that diehard Celtic Frost/Triptykon fans will love and Avant-Garde Metal/Classical music fans will appreciate. It is probably not for the casual listener, as it’s a very serious piece of music and even given that this is a live performance, there is an eerie silence from the audience until after each piece of the performance is completed. 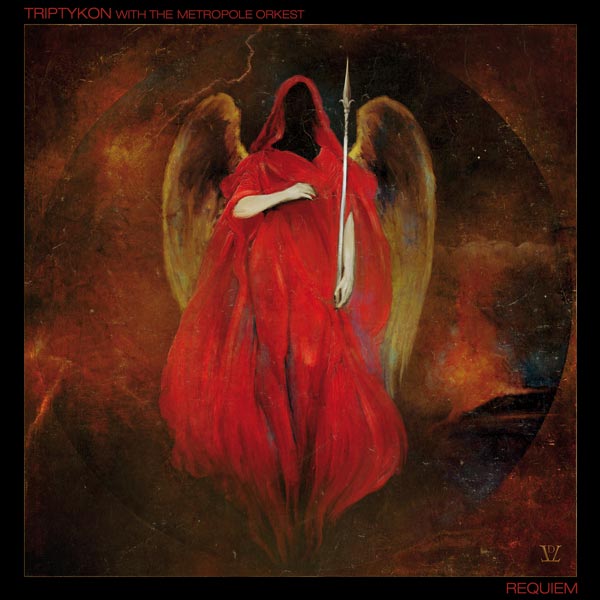 If you can get to grips with ‘Requiem’, because it does demand your full focus, it is a very rewarding album. The vocal contrast and complementary factors between the clean but bleak vocals from Tunisian singer Safa Heraghi, who has also worked with Dark Fortress, Devin Townsend and Schammasch and Thomas’s more harrowing raw vocals is sublime and Safa’s delivery is perfect for what Thomas aims to achieve.

There is an unnerving undercurrent of the bizarre and grotesquely haunting, delivered in a perfect performance. The Metropole Orkest also manage to be versatile and restrained in their delivery, adding more than just depth to the sounds.

I particularly enjoyed the haunting horns sections and the drama and depth from the Timpani on ‘Grave Eternal (Requiem, Chapter Two: Transition)’, a largely instrumental, restrained performance, where only a small segment has a haunting vocals. The rest, mournful reflective instrumentation with an early on haunting and delicate guitar solo.

The track develops fully in the final ten minutes, even then it’s only to a heavy poignancy, particularly when the couple of swathes of leadwork kicks in, balanced against the timpani, along with sublime haunting choral work.

‘Requiem’ is one of those releases that has you thinking as much as it has you listening. It is deep and dark but if you persevere, by about your third listen, if nothing more, you’ll realise what a superb work of art it is.

Triptykon / Requiem is a superb work of art 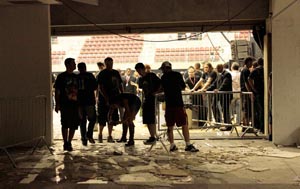