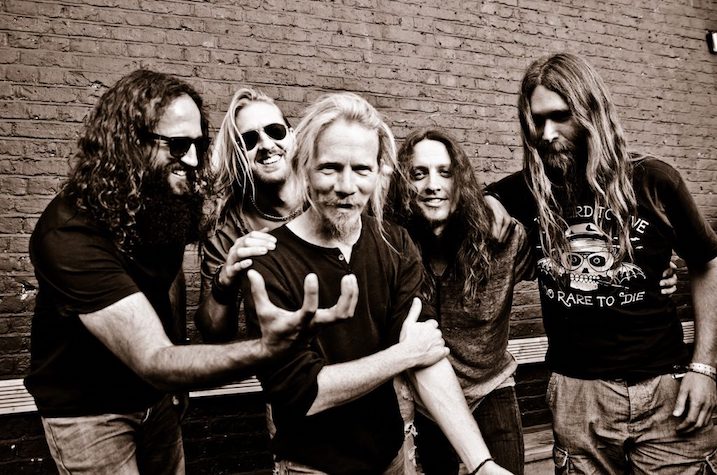 Guildford based five piece Blind River have released their second full length album, ‘Made Of Dirt’ and it is certainly a step up in class for the Heavy Rockers.

Having released their debut album in 2018, the band have since been test driving material on the road, touring alongside Inglorious and Marco Mendoza, while making festival appearances including Ramblin’ Man, Bloodstock and Hard Rock Hell.

This has seen them evolve into a tight, well crafted unit, as anyone who has seen them live would testify to and the new album ‘Made Of Dirt’ is the fantastic result of four days recording at The Old Chapel Studio, Chichester. 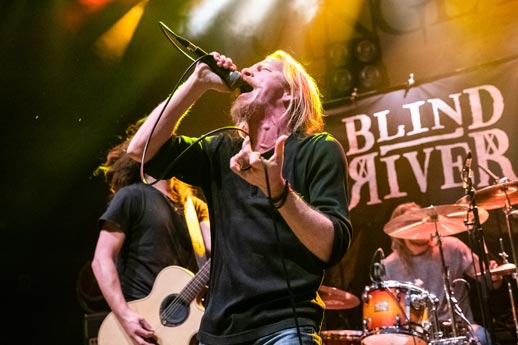 The pounding snare and descending guitar riff of album opener ‘Waste Of Life’ immediately grabs your attention, while Harry Armstrong’s whiskey soaked vocals course through this, and the title track ‘Made Of Dirt’ which follows. This is aggressive, powerful Hard Rock at its best.

Track three, ‘Acid Tongue’, trips along nicely, boosted by an elegant and rolling bass line from William Hughes. One for swaying along to at the bar when the pandemic is over.

Guitarists Dan Edwards and Chris Charles fire ‘Slow Begins The Sickness’ up with a powerful and menacing riff, all held together by Andrew Esson smashing the skins.

Further into the album, and one of our favourite tracks, is ‘Burn The Sun’ with its glorious double guitar riffs which complement each other to great effect. This is also highly noticeable in the Lizzy-esque style in parts of ‘Learning To Lose’ which follows.

From one of the most exciting bands on the club circuit, Blind River have produced an excellent album, full of layers, with great songwriting and stylish delivery.

This release certainly deserves to expose the guys to a larger fanbase and if you get the chance to catch them live, then you would be a fool to pass up the opportunity. Top stuff.