Let’s face facts boys and girls, one of the biggest reasons we all love Metal is the sound of the electric guitar. Starting with Hendrix all the way up to Ian ‘Shiner’ Thomas, the sound of a guitar screaming from a Marshall stack is a thing of pure joy.

There is one glaring omission from that list and it’s the gentleman who’s 17th solo album I’m reviewing here, Mr Joe Satriani.

All the aforementioned guitarists each have a VERY distinctive style of playing and Joe Satriani could probably emulate every single one of them. He was the guy that made guitar instrumental albums cool with his stunning debut ‘Not Of This Earth’ back in 1986, then shook the rock world to its core with his follow up – 1987’s masterful ‘Surfing With The Alien’.

There is one thing that Joe Satriani can never be accused of, and that is resting on his laurels. With each release he brings something different to the table and ‘Shapeshifting’ is no different.

Joined by longtime John Mellencamp drummer Kenny Aronoff, who also co-produced the album with Satriani, and Jane’s Addiction bassist Chris Chaney, the trio set about trying to not repeat themselves on every track on the album. Indeed every single track is a different musical style.

We go from flying space sounds, to surf picking, to 80’s shred, to subtle acoustic folk and a lot more besides. I won’t spoil things for you by telling you where these styles are on the album, I’ll leave you to find out for yourselves (although i probably won’t have to tell you what ‘Nineteen Eighty’ sounds like)!

After 34 years in the business, Joe Satriani STILL continues to entertain and be innovative when it comes to playing guitar. He really is in a league of his own.

“Shapeshifting” does exactly what it says on the tin!

KORPIKLAANI RELEASE ANOTHER 'BEER, BEER' VERSION, THIS TIME WITH HEIDEVOLK 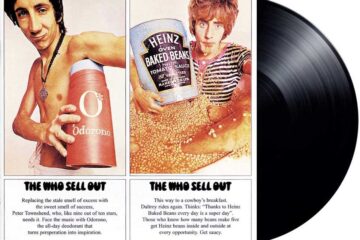