The three powerful men have joined forces to unleash their nuclear and musical powers in a quest for Heavy Metal driven World Peace and you can watch the opening track below.

Trump told MetalTalk: “I was really being tough. There’s maybe no one tougher than me – everyone knows it – and it was shocking, just hugely shocking, when we would go back and forth on what we wanted our music to be like, that we fell in love,” Donald said, reminiscing on initial conversations with Kim.

“When I heard him play the drums for the first time, I said, ‘Now here’s a tremendous drummer’. My hands are above-average sized, I assure you and can reach many frets on the guitar.

“I need complementary talent on the drums. Kim is that talent, and we have a fantastic chemistry.” 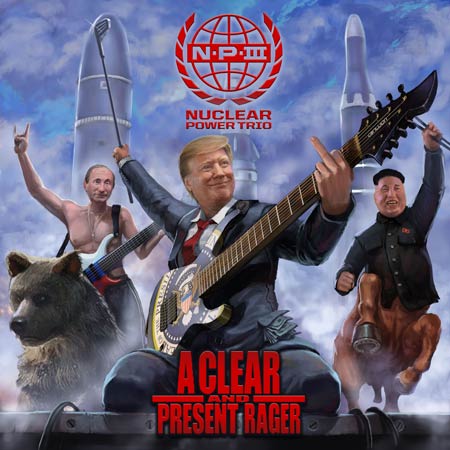 Trump and Jong Un scouted the world for an appropriate bass player, with Putin being the outstanding candidate.

Jong Un told us: “We had candid and meaningful talks with Putin on how to unite our three great nations as a means to unite the world. We determined that a band was the correct path of virtue.”

“His bass playing reminds me of the way Jordan played ball: delightfully selfish, uncompromising in his greatness.”

Putin, shirtless, on one of his majestic white horses, said: “Everything will probably never be good for people, but we have to try. I believe in the power of music. Do you see my heart? I play from here.”

Donald, using the very same guitar that was left behind by an evicted family in one of his father’s housing complexes back in the 70s, plays Metallic fusion lines over a tight rhythm section containing the ballot-ripping bass of Vladimir and the [REDACTED] beats of Kim.

With flourishes of 80’s synthwave and Latin-inspired classical guitar, the saving of the world is as musically and emotionally satisfying as it is pure fun.

Watch the title track for the EP here: 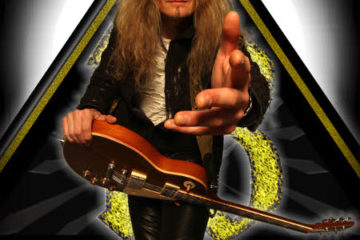