Israeli solo artist Izakman (Itamar Isaak) has released his first single in the UK. ‘Cyber Love’ is a psychedelic rock track which is almost a modern take on a style of London’s Swinging 60’s hippy movement.

MetalTalk recently spoke with Izakman to find out more about the track and his plans for an album release in 2021.

Izakman is a graduate of the presigious Bezalel Academy for Arts and Design in Jerusalem, majoring in animation and his graduation film won the Best Animation prize at the Beliff Film Festival in London. His early career was based around composing music for television and theatre, but now he is branching out with his own music projects. 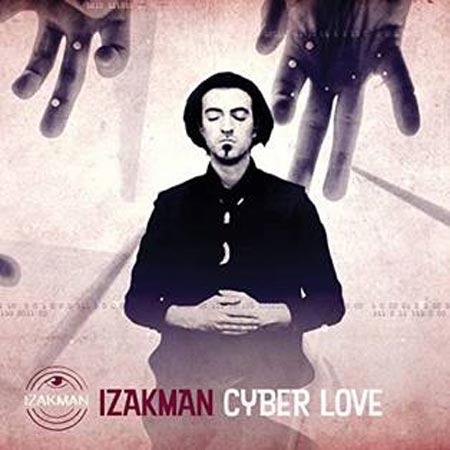 The theme of ‘Cyber Love’ has been “born out of a sense of alienation from the online dating world” and it is a quirky performance piece which includes elements of Sign language, Morse and Braille.

MetalTalk: We think there is 60’s feel of the track ‘Cyber Love’. Would you agree? Is that an era which interests you?

Izakman: “I’m a great fan of late 60’s culture. The artists that inspire me come from that era. It also explains why most of my friends look like they’ve been pulled out of Woodstock festival.

The video is cool too. Sign language, Morse and Braille – is that something you know or it was researched for the film?

“I researched it, learned and practiced the movements for the entire song.

“The inspiration to do the video in sign language came from watching Pina Bauch performance of ‘The Man I Love’, a song which, like ‘Cyber Love’, is also about unrequited love affair.”

The theme of the song is quite apt, especially with lock down over here. How had the Covid situation affected you personally? Have you had more time to be creative?

“At first, I felt it was the end for me. All my gigs were cancelled.

“But as they say: when life gives you lemons, make lemonade. I concentrated on recording my debut album and preparing it for a release at the beginning of 2021, praying for a world without Corona.”

Tell us about the album. We’ve heard one song – what can we expect from the other songs?

“It’s a fairy tale Rock album, with a contemporary approach.

“Lyrically it’s a blend of fairy tales like Pinocchio and Alice in Wonderland, with my current observations of our culture and my life.”

We see from the notes in the YouTube page, that you have a touring band. What can we expect when we see you live?

“I sing and perform like an actor on stage. We play with a lot of energy. It’s a fun and immersive experience.”

How is the Rock/Metal scene in Jerusalem and wider Israel?

“There’s so much good music being made here.

“You’ve got Orphaned Land, who performs all over the world and are considered the pioneer of Oriental Metal.

“Eddie Kramer, the legendary engineer who worked with Hendrix and Zeppelin, used one of their songs in a mixing masterclass.

“These are all Alternative groups, not the mainstream music that is mostly heard in Israel.

“All these musicians aspire to reach audiences worldwide, Izakman included.”

Reb Beach / From Winger to his first instrumental album, 'A View From The Inside'

The Infernal Sea / 'Negotium Crucis' is a magnificently brutal beast 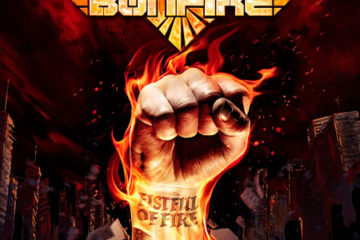