State by state, country by country, and continent by continent, the world has slowly been opening up again after the total disaster that was 2020. We know people who had tickets to see Guns n’ Roses, KISS, and Megadeth last year. You might even have been one of them.

None of those tours went ahead (unless you were lucky enough to catch them very early in the year), and we’ve been waiting for rescheduled dates ever since. We’re finally starting to get them, and we’re very happy to confirm that tickets for one of the most highly anticipated tours of the year are now on sale.

We are, of course, talking about the modestly titled “Heavy Metal Tour of the Year,” which features Megadeth and Lamb of God co-headlining with support from Trivium and In Flames. Not only is it going ahead, but we don’t have long to wait for it. Some insiders thought the tour dates wouldn’t be scheduled until towards the end of the year to avoid any risk of cancellation, but the bands have decided to put some faith in the immediate future.

It kicks off in August in Texas and will run wild across North America until finishing in Quebec City, Canada, at the beginning of October. Megadeth’s Dave Mustaine – who took advantage of his unplanned pandemic break to recuperate from a recent cancer operation – has released a statement telling fans that they’re not going to want to miss these shows. We agree with him. After eighteen months without live music for most of us, we’re more than ready to go.

While there’s no doubt that Mustaine and the rest of his band will be happy to be on the road again, the other bands on the bill are likely to be happier. Megadeth is an unusual band (by heavy metal standards) because of its multiple commercial endorsements.

As an example, Megadeth has an official online slots game that can be found in places like Rose Slots New Zealand. There’s been an increasing trend for rock and metal bands to get involved with online slots in recent years, which is why Guns n’ Roses, Motorhead, and Alice Cooper all have slots of their own. Lamb of God, Trivium, and In Flames do not have their own presence at online slots websites and so will have been missing out on significant chunks of revenue.

In a world where most people listen to music via streaming, there’s only so far that t-shirt sales will carry you. Megadeth will undoubtedly want this tour, but the rest of the bands on the bill need it. That will hopefully be reflected in the level of their performances, which ought to be epic.

This isn’t the only piece of Megadeth-related news doing the rounds at the moment. If you’re a fan with a very long memory, you might recall Marty Friedman leaving the band twenty years ago. He’s been quieter than his former bandmates since then, but he’s not dropped off the radar altogether. In fact, he’s about to release a new album of his own.

Friedman has recently been speaking to media outlets about the planned release of the interestingly titled “Tokyo Jukebox 3,” which you can read more about here. Aside from promoting the new recording, Friedman’s been sharing his thoughts on leaving the world-famous band. If there was any bitterness at the time of the break-up, there isn’t now. Marty describes himself as Megadeth’s “biggest fan” and says he loves the band members but left because he felt it was the only way he’d ever be able to fulfil his potential.

Scandal always sells better than an amicable parting in the world of rock and roll, but it genuinely sounds like there was never any animosity at the time of the split and still isn’t now. If he’s really their biggest fan, he’ll presumably be going to see Megadeth on this tour. We hope that Mustaine doesn’t make him pay for a ticket.

If you’d like to see this incredible line-up of four world-class heavy metal bands playing live, we suggest you act quickly to secure yourself a ticket. Here’s the full list of dates so you can work out when they’re coming closest to you.

Three months is a long time for any combination of bands to tour together, so it’s expected that no further dates will be added. We appreciate that this is disappointing for fans outside North America, but we expect that each band will announce plans to head out across the rest of the world as soon as possible. Restrictions aren’t easing at the same pace in every territory, so it makes sense for big bands to focus on performances closer to home for the time being. Hopefully, that will change in the very near future, and the best bands in the world will reach you soon.

For American and Canadian fans, this is a good opportunity to tell your loved ones what you want for your birthday – and perhaps persuade them to come along with you, too! 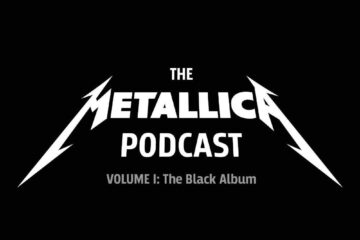