Jordan Red have released their fantastic new song ‘Freak Show’. The band, which feature Dan Leigh and Dan Baker, are a modern Hard Rock band with a fierce Punk edge.

With the current COVID-19 pandemic ripping the life out of live music as we knew it, Dan Leigh decided to perform live every weekday and ended up working towards building his second solo album.

MetalTalk sat with Dan Leigh, who also plays with New Device and Shot Through The Heart, to find out more about how he has been dealing with lockdown and how the seeds for his inspirational lockdown efforts were formed.

MetalTalk: How has the loss of live shows and being able to perform before a crowd affected you as an artist?

Dan: “At first I got into a pretty dark place if I’m honest. I was asking all the wrong questions. I was making assumptions about the future that I had no way of knowing would come true or not.

“When we first went into lockdown, I, like many others, felt very helpless. I lost my job over night. Business took a drop off of a cliff and I “fell through the cracks” for receiving any government support.

“I was doing some mindless scrolling on Facebook after Boris had given news of lockdowns and promises and timelines etc, and I saw so much sadness and despair in my news feed.

“Not being able to perform in front of an audience will not take away an entertainers desire to perform. I have explored many different paths and careers in my life but I keep coming back to music. I am so thankful for the internet and, for all its faults, Facebook has been a God send.

So, I set up my phone on a rickety plant stand and began livestreaming. I just wanted to play some music for people to lighten the mood in any way possible. I played people songs for no other reason than to put a few smiles on faces in what was a very worrying time.

“I remember the moment that I decided I would perform every weekday. I stuck to it.

“Almost a year later, I am still not tired of livestreaming alone. The challenges with all kinds of tech are ever present and I am always looking to make the experience better and more fun for the people that watch me night after night.

“Singing to a computer and to a webcam takes some getting used to, but knowing that I have such a supportive audience at the other end of the wires makes me realise that I am never alone. I have honed a heap of skills too. Just being able to talk to camera, with no script and be engaging is not the most natural thing in the world to do.

“After almost 200 hours of livestream performances I am starting to get the hang of it!

“I have never been very good with computers. I have always used them for what was necessary to get my ideas down for music and that was it. Learning new ways to broadcast online and improve sound quality etc. has now become a near obsession. I have turned my living room into a performance studio. I made sound absorption boards to improve the acoustics of the room (and to be a more considerate neighbour!)

“I have had to become more innovative and really focus on what I do have rather than what I don’t. I have got a really good team around me now and we have marched on through every obstacle without being stopped. I am very much ready to get back in front of live audiences in venues, but my primary job is being an entertainer. If I am still able to reach and entertain people through this time then I consider that a big win!

“I really miss playing with all of the bands I am in. It is a very surreal feeling having platforms like Facebook tell you that the last live show you played with a full band in front of an audience was a year ago. It feels like only yesterday that I was there and at the same time ages ago!”

What do you think the long term effects will be for the music industry, particularly at the grassroots level?

“Well, we have seen a great deal of bands calling it a day and many venues going under. With any industry or economy, starting something up is far more difficult than stopping it.

“I would like to be optimistic and say that due to the scarcity of venues, artists may focus more on their craft of writing songs. The use of the internet to connect with audiences around the world is not only possible but necessary.

“I think that to adapt and survive the winter that is upon us, artists will have to seek the refuge and shelter of the internet. This will be a very disappointing alternative for many and we have not seen the full extent of the artists who will call it a day due to the decimation the industry has endured.

“With the lack of money coming in for bands from touring, I think there will be a great deal of ‘upskilling’ going on in the areas of sound recording and videography.”

Can you talk about what music you are working on now?

“Jordan Red have a new single just released called ‘Freak Show’, so we are busy pushing this right now.

“I am busy writing with New Device for our new album. We have more songs than we know what to do with, so we are very excited to start the recording process again.

“I have also been writing my second solo record. I had no real intention of writing another solo record, but due to the enthusiasm of everyone on the stream, I felt compelled to write some solo music again and I have been unable to stop writing.

“I have been inviting people to watch my writing sessions on Twitch. Bringing people into the writing process has been great because they get to be part of the journey and see the songs grow and in many cases be ‘born’. 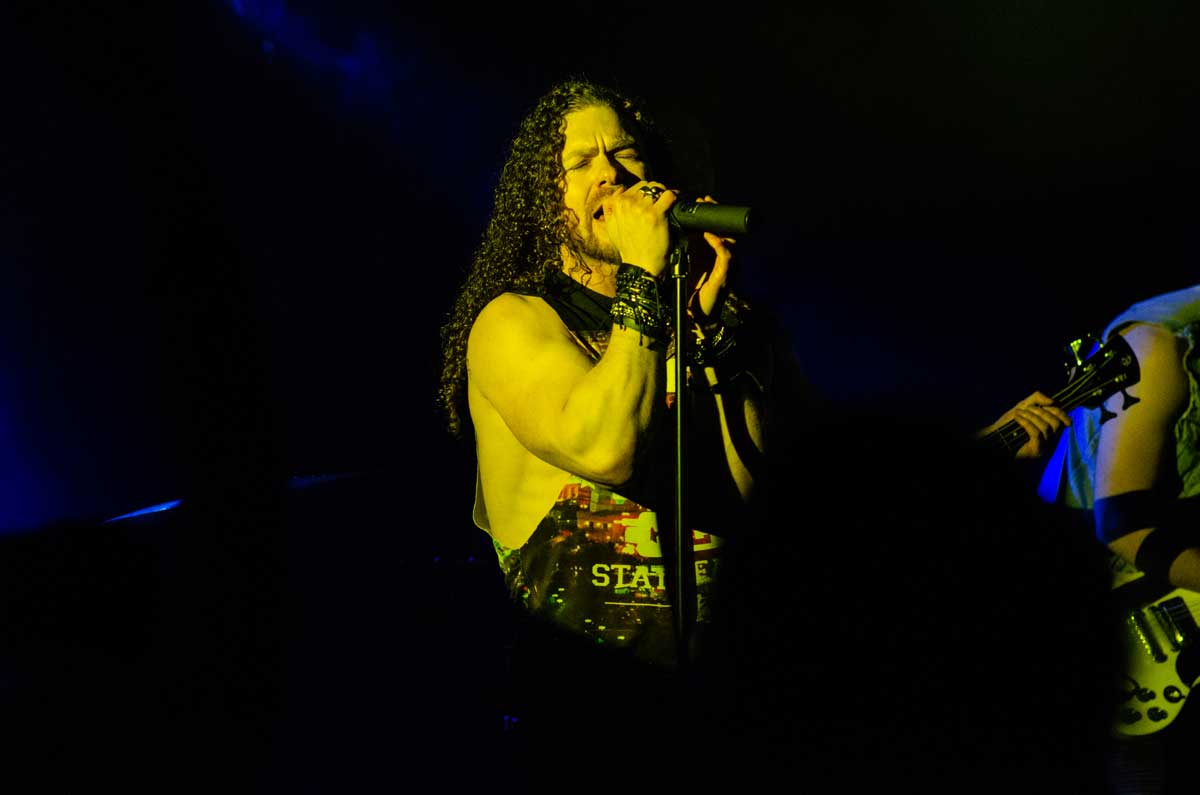 Jordan Red, New Device, Shot Through The Heart frontman and acclaimed solo artist Daniel Leigh will play an online show featuring all of the songs he has written for his

Jordan Red, New Device, Shot Through The Heart frontman and acclaimed solo artist Daniel Leigh will play an online show featuring all of the songs he has written for his solo work during lockdown.

The audience are invited to vote on their favourite songs and the songs with the most votes will make up his second solo album.

“On 3 April I will be playing a show online where I will play through all of the songs I have written for my solo work during lockdown. The audience will be able to vote on their favourite songs and the songs with the most votes will make the record.”

How do you keep yourself motivated as an independent artist and what is your advice to fellow musicians?

“Since connecting with my audience in such a big way, it has become more like a community. I do not really feel right calling people “fans” because I do not think that does them justice. The support and help they have given me over this last year has been so far from what I could ever have imagined. When things were getting dark, all I wanted to do was make people a little happy in the evenings at the end of what was most likely a stressful day.

“Push yourselves to learn more. Think outside of what you are used to doing. No one understands exactly how to deal with today’s world so it is a perfect time to start carving out some new paths for yourselves!

“With people covering their faces, not socialising and gripped by fear, I would encourage anyone who has an influential reach online through music, and is good at talking to camera to nurture strength and resilience.

“If you were truly born to entertain and you have songs that need to be heard, do not stop writing and do not stop creating.”