When you descend from absolute royalty in terms of true icons in the history of rock ‘n’ roll, and even more so, when that icon happens to be Eddie Van Halen, the ultimate Guitar Hero, the comparisons seem inevitable. You are certainly left with a huge undertaking at having to live up to expectations, however Wolfgang Van Halen has absolutely nothing to worry about.

Most certainly taught by the best and dazzling from a very young age when he joins the Van Halen machine as their official bassist only in his teens, WVH oozes the talent of an absolute natural and everything he touches simply sparkles.

The artist is a skilled multi-instrumentalist and does a fantastic job even on lead, where his vocal performance truly shines thanks to his pure tone, great technique and a deep and intense delivery.

‘Wolfie’, as he is known affectionately, had started recording what would have been his long-awaited solo debut a few years back however, production had to be paused due to his father’s worsening condition.

Two years on and following the tragic passing of Eddie Van Halen, the self-titled album by what has morphed into Mammoth WVH, finally saw the light on Friday 11th June 2021 via EX1 Records.

The artist has sung, co-produced and effortlessly played every single instrument on it. 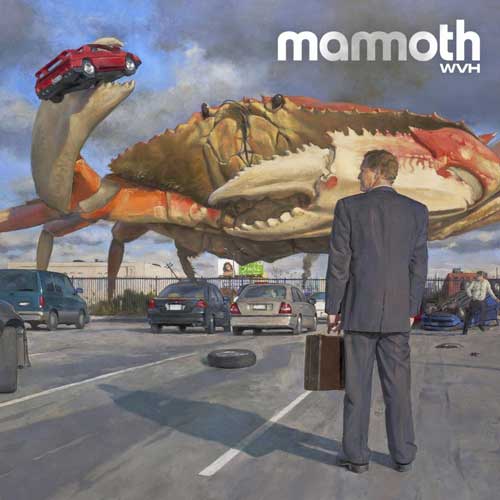 Mammoth WVH is a personal and introspective album. It is a sincere portrayal of Wolfgang’s deepest emotions, a recollection of significant moments and events that affected him to the very core. Cathartic in the way of being able to tell the stories and exorcise the demons within, it is a beautiful compendium of thumping enraged hard rock stompers and melancholic ballads.

While some can certainly be referenced to the giants of the ’90s and the ’00s, including the Foo Fighters, QOTSA, Soundgarden, Jane’s Addiction and even a hint of Royal Blood, this record is fresh and contemporary. It seems obvious that Van Halen Jr. intends to do everything but follow his father’s footsteps; he is very much doing his own thing and with remarkable results.

The mood is set right from the get-go when unleashing the anthemic Mr Ed, an uplifting, head-bobbing, foot-tapping opener including the incredible legacy work of tapped guitar on the solo. Horribly Right follows introducing phat, sleazy riffing at a brisk tempo and showcasing a perfect blend of 70s Old School and new.

Epiphany elevates as a sign of rebirth, with uplifting choruses and an ethereal mid-section giving way to the explosion that follows on the outro, while tracks of a big calibre of the likes of the ‘Cornell-esque’ The Big Picture and Don’t Back Down can only be described as contemporary hard rock at its finest.

However, Resolve truly staggers in all its glory from the very first notes of the moody riff. May that be the poignant lyrics, the mesmeric motif that recurs all the way through or the intensity of the breakdown, you can expect chills running down the spine in full force. This song is simply stunning.

With You’ll Be The One, order is restored into a classic rock steady number evoking Grohl/Hawkins-like harmonies, while with Think it Over and Mammoth we enter the realms of poptastic radio-friendly material. The latter being a defiant song about never settling into fear and giving in to negative influences, “Let them think you are remarkable and prove them wrong.”

Circles is spellbinding with a dreamy feel on the refrain and an outlandish syncopated stop/start guitar riff. Wolfgang really shows off his vocal ability on this track.

The infectious You’re To Blame was chosen as the second single and it unfolds into more guitar acrobatics and an angsty, yet catchy chorus that will be hard to shake off for some time, while Feel remains immediate, powerful, breezy and simply glorious.

The record is slowly winding down, and Stone explores the moodier, darker tones of the industrial era with a hint of psychedelia, while the last song has been added as a bonus track by popular demand as it has done incredibly well as the first single.

One certainly leaving a knot in your throat and a commanding reach for the tissues, Distance is a stupendous tribute to Eddie and the times that he and Wolf shared together.

To sum up, this album is a fantastic collection of old and new drawing from the finest pots, and it most definitely caters to everyone’s taste. It remains hard to single out a song of lesser impact when the work is this solid throughout.

The Mammoth WVH concept has since further expanded, and it is now ready to take to the road with a full live band set up, including a pedigree of stature.

The outfit sees Wolfgang on guitar and lead vocals, Frank Sidoris of Slash on guitar, Jon Jourdan of To Whom It May on guitar and backing vocals, Ronnie Ficarro of ex Falling In Reverse on bass and ex Tremonti band mate, drumming sensation Garrett Whitlock.

The cynics might conclude that nepotism lends a helping hand, but it is skill, hard graft, dedication and incredible talent that ultimately gets rewarded, and there is no one more deserving than this band.

After a couple of warm up appearances, they are going out with a bang and they have just been announced as the official main support on the Guns N’ Roses US Summer tour, as well as being scheduled to appear in several major US summer festivals.

The way is paved, and the future does certainly look bright for Mammoth WVH.

Eddie will be a very proud dad indeed. 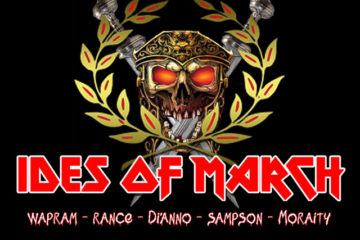