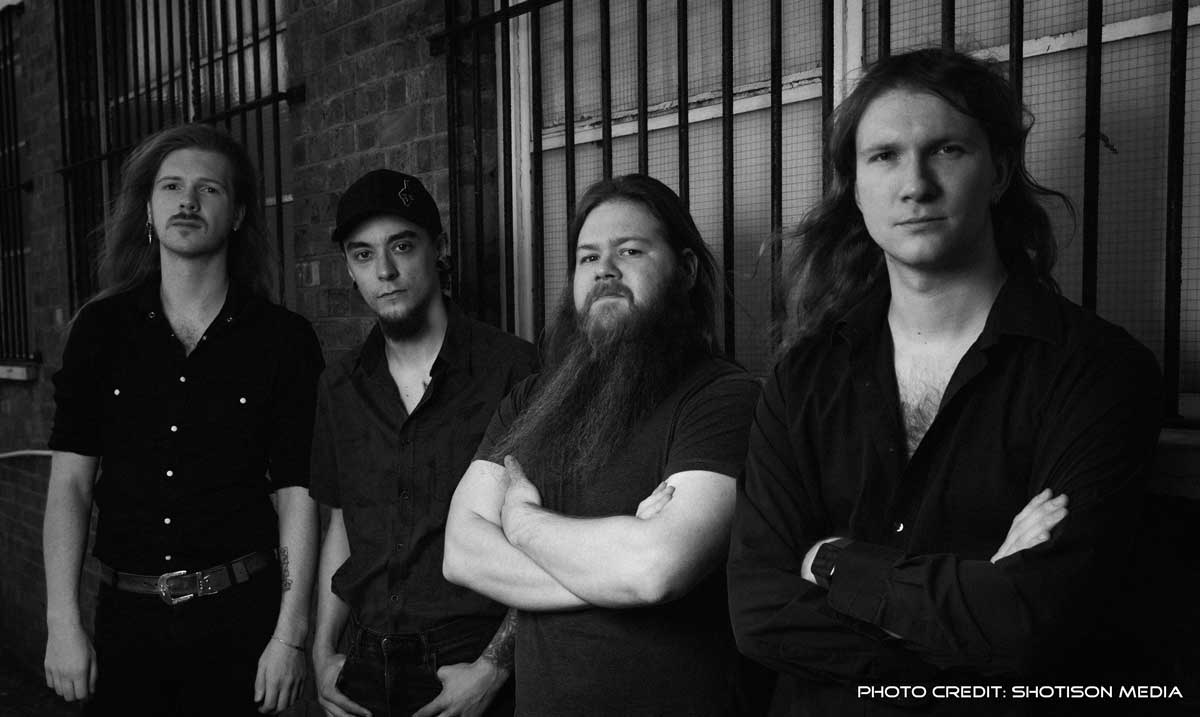 Seven Sisters have today released the new track Horizon’s Eye, taken from their next album, Shadow Of A Fallen Star Part 1, which will be released 22 October 2021. The album is a follow up to The Cauldron And The Cross, which was released in 2018.

The album is a sci-fi concept album that tells a story dreamt up by frontman Kyle McNeill, and Horizon’s Eye is an excellent song with a great closing part, and it marks a tantalising tease for the full album to come.

Like all bands, the enforced break has been difficult for Seven Sisters, but they feel over the moon to get something out after this enforced break. “It’s a real relief to be releasing music again,” Kyle told MetalTalk. “That feeling is only amplified by everything that’s been happening. The process of writing, recording and releasing this record spanned the length of lockdown. If nothing else, we have something to remind us of these weird times.”

Kyle devised the concept behind Shadow of a Fallen Star: Pt I. “It’s a sci-fi revolving around a planet built by a group of humans in the future when Earth is dead. They are guided by a mysterious alien consciousness that is trapped in the form of a crystal. This planet is essentially a huge library, and the inhabitants keep it running by ‘harvesting’ and storing information in the Great Library’s centre.

“The story follows a young woman who uncovers some grim secrets about the operation of the planet, and after being contacted by the alien through her dreams, she decides to set it free. The album ends at the part when she leaves The Great Library along with the alien. The next album will deal with the second half of the story.” 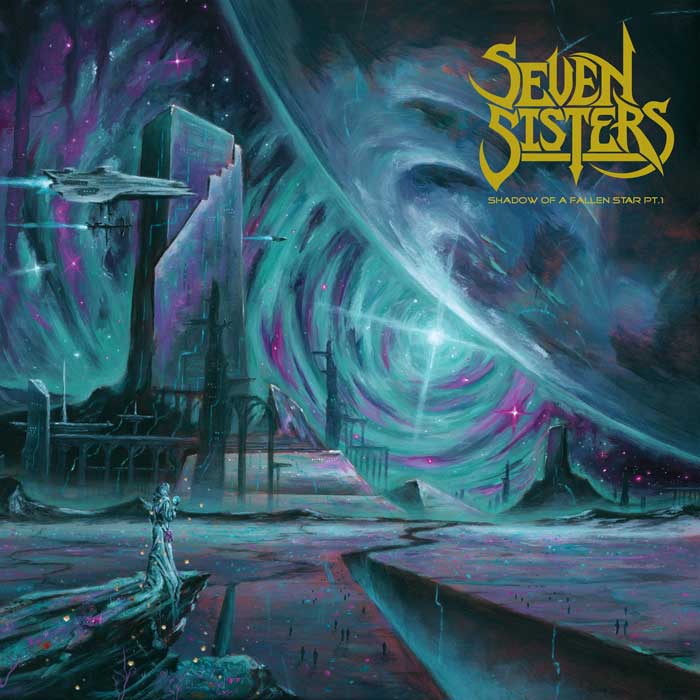 Kyle says that this was his lockdown project and the thing which consumed him when he could not gig or visit pubs. “I’ve kept myself busy with several musical projects, but this has been my main one. I recorded and mixed it myself, which was a huge learning curve. I’m really pleased with the results, though.”

As for the writing process, Kyle wrote about 95% of the music. “I found a rhythm and just went with it! With the concept being my idea, I had a strong sense of where I wanted the album to go sonically and the flow of the songs. Luckily I have extremely receptive bandmates, and they took my ideas and added their flair to them when it came to recording.

“As far as the recording goes, we only went into a studio for the drums. Sam went to Signal House Studios run by Tim Kramer and smashed out the whole album in three days. It was nuts! Tim then sent me the drum stems, and then I recorded Graeme, Gaz and myself in my bedroom over various weeks. It’s crazy what you can do on your own now with a bit of know-how.”

With writing and preparing for the recording, Kyle was busy during the lockdown. As for the other band members, Kyle told us that “Sam and his partner had their second child during all this madness. Gaz and Graeme have absolute champions offering to help at any stage with all aspects of the band. We keep in touch almost every day over Messenger, and we do regular video calls. We’ve managed to have a rehearsal weekend recently, which really lifted our spirits.”

As for the future, Seven Sisters have some gigs book for 2021, which they “haven’t announced yet in fear of things getting locked down again.” But most of their plans are for 2022. “We’re desperate to get out playing shows again, as I’m sure everybody is,” Kyle says. In 2022, Seven Sisters will “be going back to mainland Europe and possibly North America/Canada too. We’ll see how that pans out. We’re very excited to be playing Desertfest 2022. That is going to be a brilliant show.”

When the dates are announced, there should be a feeling of excitement around this new project. “For the first few shows, when we are back, we will play the new one all the way through. It’s been a tradition of ours to do that for each of our albums, and we are not stopping now! We’re already talking about a special Part 1 and Part 2 evening once both albums are out.”

Horizon’s Eye is a great start for the band releasing new music, and the Michael “Miro” Rodenberg mastering sounds really good. It must have been great to know he was on board. “It’s one of my favourite tracks from the album,” Kyle says, “just because of the variety of styles we touch on over the course of the song. It’s a great summary of where we are with this new album. It was so cool working with Miro. He is a real pro and extremely easy to work with. It was a little bizarre working with someone who has engineered on some of your favourite records, but he was very respectful of our music and took it to new heights.”

Previous article
Album Of The Week: Doogie White is still fighting the fight
Next article
Mammoth WVH / WVH oozes the talent of an absolute natural

Memoriam - Karl Willets Interview Part Two. Important "to stand up and make a point, make a stand, and say something important about things that I think need to be said." Interview: @hutchie224 @memoriamuk @willettsio

Interview - Memoriam - Karl Willets. I find Karl in his usual relaxed and jovial mood, all ready to talk about the band's next album, Rise To Power. Interview: @hutchie224 @memoriamuk @willettsio