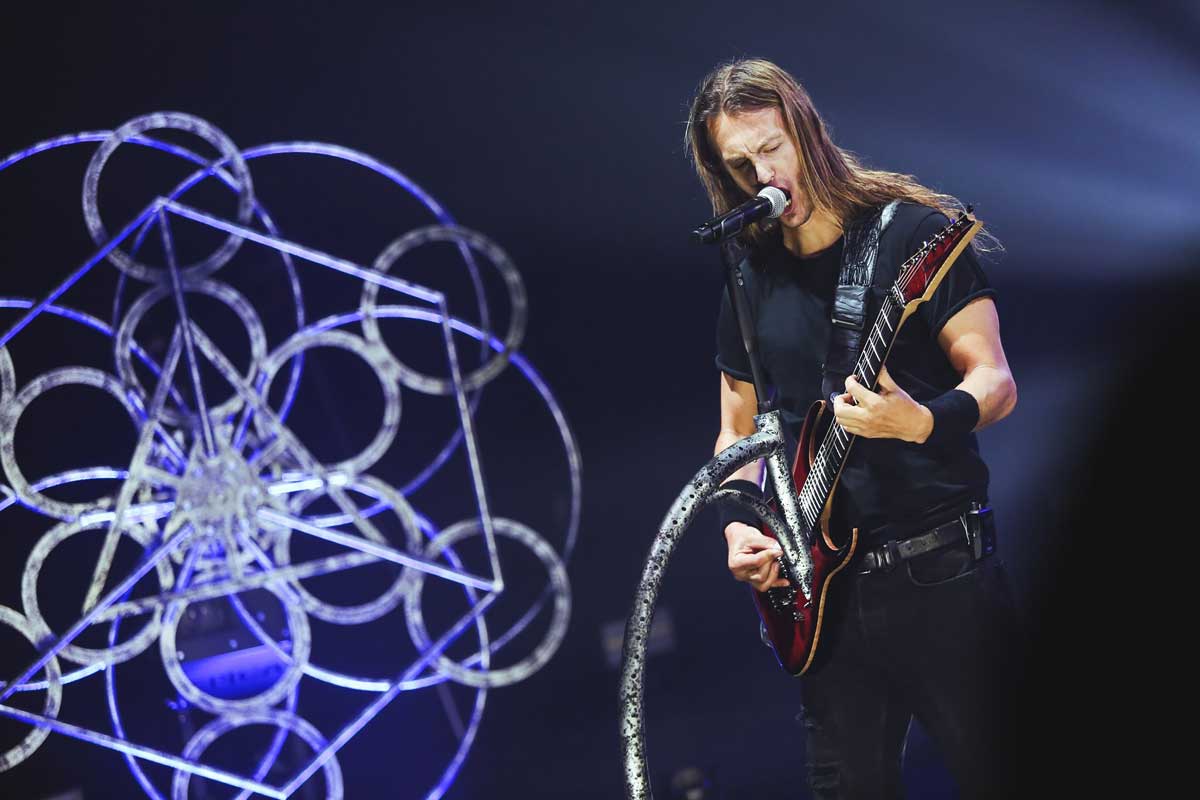 Dutch symphonic Metallers Epica have always taken the band name seriously. They can bring it down when they want to, but overblown, epic, huge, mind-blowing, these are all epithets you can apply to much of their back catalogue and globe-trotting tours.

Singer Simone Simons recently described the band as “We tour to live and live to tour” in an interview with MetalTalk. Prevented from touring to promote the new album Omega by COVID-19, they decided to do a live stream event under the moniker Omega Alive, and this premiered on Saturday 12th June to a worldwide audience.

Staying true to their name, the live stream turned out to be a concept taking the idea of their live shows to a different level. These were all live performances recorded in Lint, Belgium, with added pyrotechnic effects and circus-style performers augmenting what the band does as a top-level live Metal band.

Visually, it was stunning with effects like keyboard player Coen Janssen playing an upright piano on fire, two cobra shaped trestles spraying fire, performers waving flags, acrobats performing in the air, and in large wheels and, of course, stylish frontwoman Simone in a variety of outfits.

The setlist, which was a spicy one for long time fans of the band, was separated into five sections with names like Overtura and Gravita but, aside from being an excuse to revamp the stage set up and costumes, seemed to be just a theatrical affectation around what was really happening on screen.

What I saw was one of the great modern touring Metal bands returning to what they do best after an eighteen-month layoff. These guys are always good, but they looked hungry, aching to perform, and that’s just what they did, with cameras there to capture it.

From guitarist Isaac Delahaye and keyboard player Coen Janssen jumping to the front to showcase both their skills and their friendship to Simone holding flares as she sang to all the signature looks and smiles and nods, this performance reeked of a great live band doing what they do best. 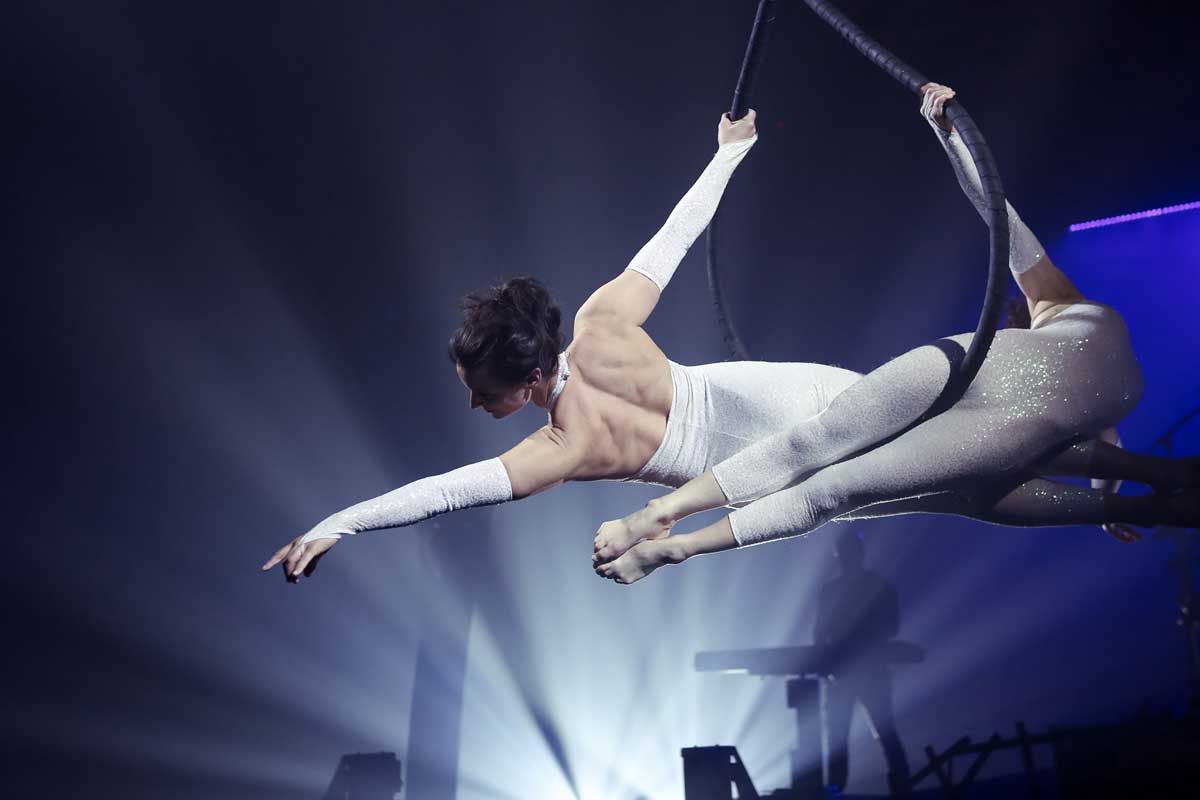 Some time was given to showcasing the new album Omega, and I thought The Skeleton Key and the title track especially just segued into the Epica way of doing things, especially the latter, which was elevated to set closer.

Showing how well this group of consummate musicians understands the concept of dynamics, another new tune, Rivers, was performed as an exquisite a capella number, with just lead vocals and choir leading to an atmospheric Jansen/Delahaye guitar and keyboards intro, to a beautiful airing of Once Upon A Nightmare.

The setlist also included an unexpected rendition of In All Conscience from 2014’s The Quantum Enigma album and a section where they played two of the three episodes from the epic Kingdom Of Heaven trilogy, which was beautifully executed. These guys make very, very complex music seem to be both natural and effortlessly dramatic.

With all the visuals going on and the terrific performances by the musicians, I don’t want to lose sight of how this was presented on my screen. Visually it was stunning, but the sound was just as spectacular. Everything sounded spot-on, vocals, amazing rhythm section, orchestral samples but most of all, the guitars. They sounded brutal, which I know is how band founder Mark Jansen is keen for them to be.

It was interesting to me that the classic tune Cry For The Moon didn’t have the sonic attack of more recent material, plus having the only speech addressed to the audience and historical videos supporting it, was treated differently to the rest of the set.

I’ve seen immediate reactions to Omega Alive from Epica’s massive fan base that they’re disappointed this wasn’t just a live gig broadcast. I don’t share that reaction. This was a very, very good live band caught playing live in a studio with multiple effects and additions and, unfortunately, no audience.

I thought it worked really well as both something to make me ache for a live gig to go to and as an appetiser for the setlist we might get when these Metal titans get back to touring. I’d say job done. See you on the road. 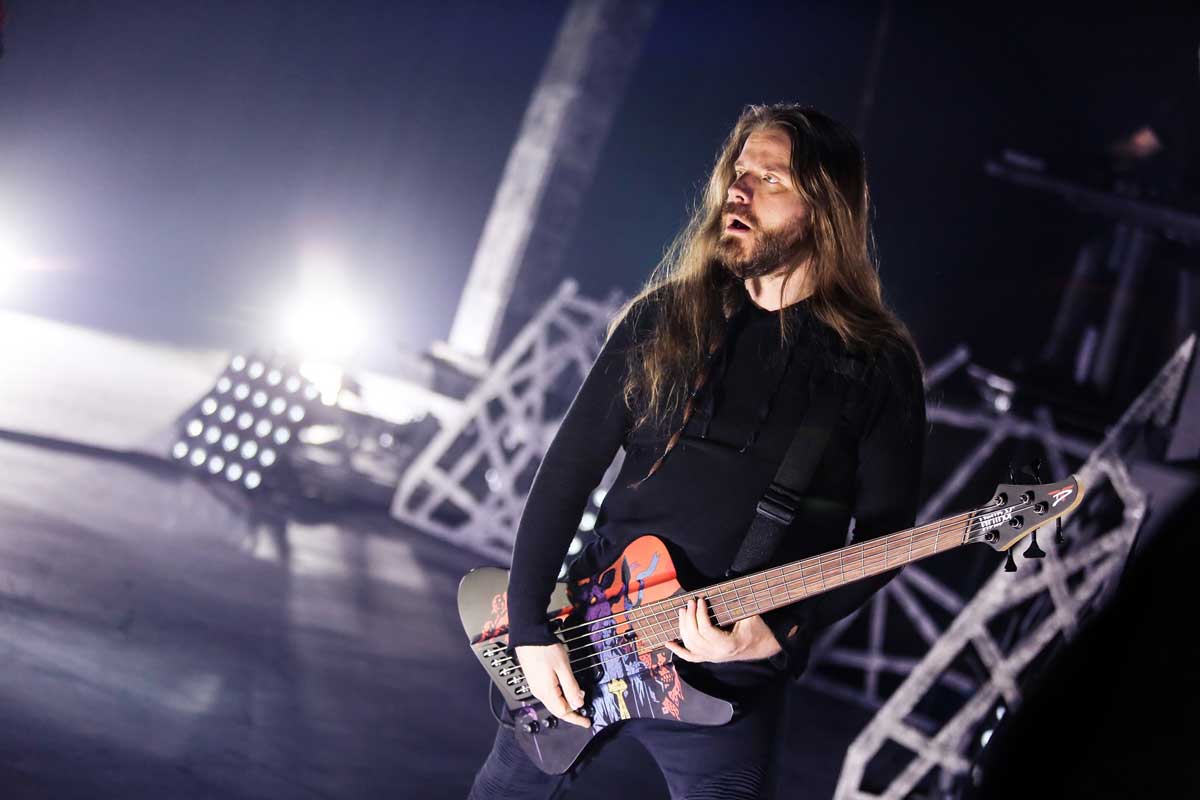