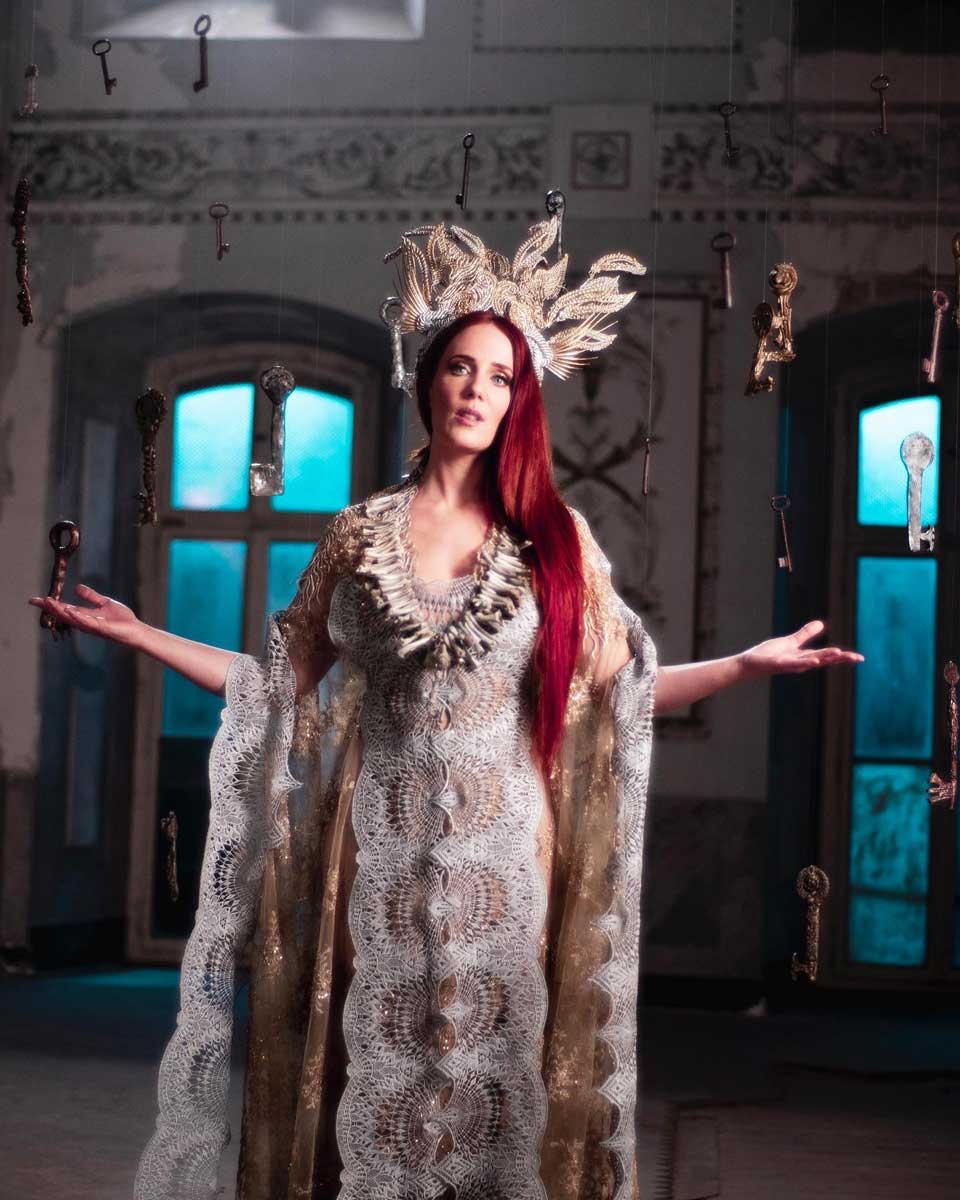 Dutch Metal titans Epica have been an unrelenting juggernaut in recent years with a constant flow of high-quality albums and worldwide tours playing to bigger and bigger audiences. Covid, of course, brought that to a juddering halt.

However, the delayed release of their latest opus Omega in February showed that the band is still on a roll. So to fill the gap until they can get back on the road, they are following it up with a special live streaming event on 12th June under the title Omega Alive.

MetalTalk’s Ian Sutherland had a chat with singer Simone Simons to find out all about Omega Alive.

How are you? Are the pandemic restrictions being lifted where you are?

Simone: “I’m good, thank you. In Southern Germany, where I live, things are starting to look more normal, and places are opening up. Vaccinations are happening. My husband, as a teacher, has had one vaccine already, but I haven’t yet. It’s looking hopeful that we will soon be able to get back to some kind of normal life.”

How frustrating has it been not to be able to tour with the new album?

“Epica is a live band, we live to tour, and we tour to live! So it’s been really difficult not to be out on the road and getting to know the new songs. We wrote the album with playing it live in mind. The songs are all written with the stage in mind, so they’re ready to go, and so are we!”

The only Livestream you’ve done in the past is the Retrospect show in 2013, I think?

“Yes, that went out live to around 45 countries, but it was just a show where we were on stage with an orchestra and a choir in front of a live audience, so it’s not a live stream in the same sense as Omega Alive.

“This is an event with a big production, with a set split up into five different sections, mostly made up of new songs but with some classics included. We have worked long and hard on this show, and we’re very proud of what we’ve come up with.”

How do you feel about finally getting to sing these songs live?

“We’ve been rehearsing really hard. When you start to sing new songs live, it can be tense. It can take a while to get to see how they work best and what it takes to perform them live. We want to get rid of all that as soon as possible so that they will be as good as they can be for Omega Alive. We have been rehearsing live as individuals and a band to make sure that happens.”

When do you expect to start playing ‘normal’ live shows again?

“We are hopeful that some of the summer festivals we had booked this year will go ahead. Around 80% have been rescheduled, but some still hope to go ahead. I hope they do as festivals are one of my favourite kinds of shows that we play.

“I like the vibe, the feeling that everyone is there to have a good time, plus it’s a chance for me to check out other bands and meet people I know and socialise. Last year was the first time since I started as a professional singer that I didn’t play any festivals.”

Talking about Retrospect earlier that was to celebrate Epica’s 10th anniversary. You’re not far from your 20th. Will there be a Retrospect 2?

“Yes, we have been talking about it, but of course, everything we’re doing keeps getting pushed back and pushed back, so it has been difficult to get anything arranged. I don’t think it will be a concert exactly like the original Retrospect was, but we will definitely be doing something to celebrate our 20th anniversary once it’s possible to plan it properly.”

Would you like to add a personal invitation to Omega Alive?

“Yes, everyone should come! We’ve kept ticket prices low compared to other band’s ticketed live streams that we’ve seen, and there are various ticket bundles. It’s going to look and sound amazing and be a real event.

“We are grateful as always for the love and support we get from our amazing fan base, and we’d really love as many of them as possible to join us for this special event. I think they’ll be blown away by what we’ve put together!” 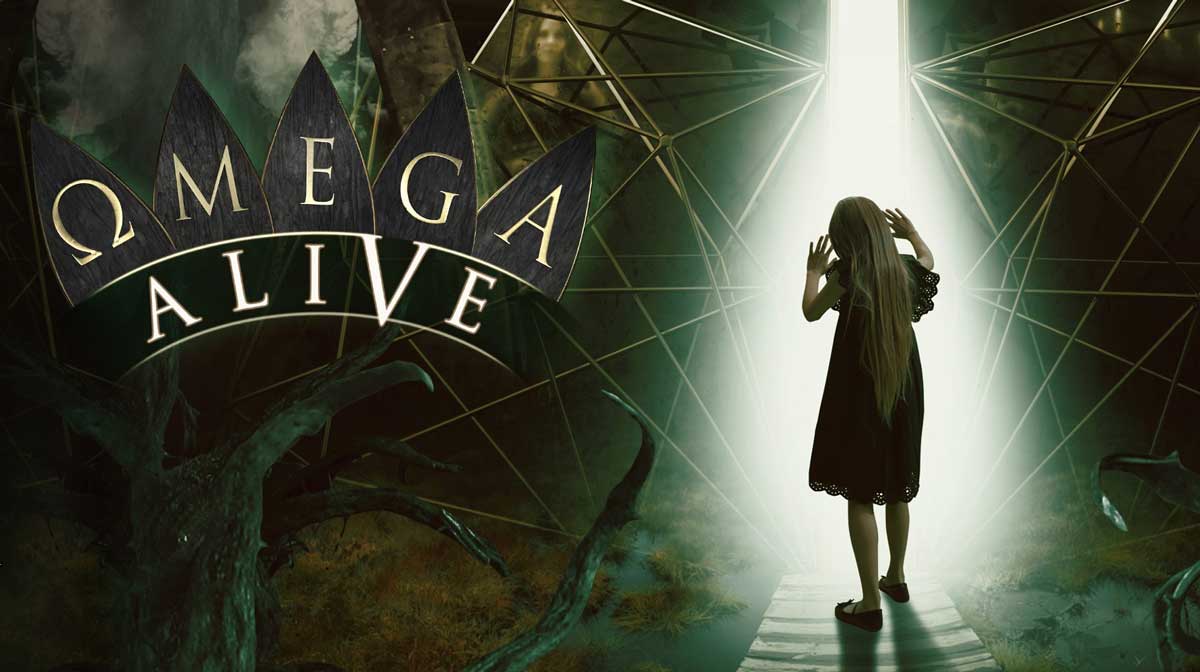 Epica will host ΩMEGA ALIVE, their biggest production ever, they 12 June 2021. More details at epicastream.com

Epica will host ΩMEGA ALIVE, their biggest production ever, they 12 June 2021. More details at epicastream.com 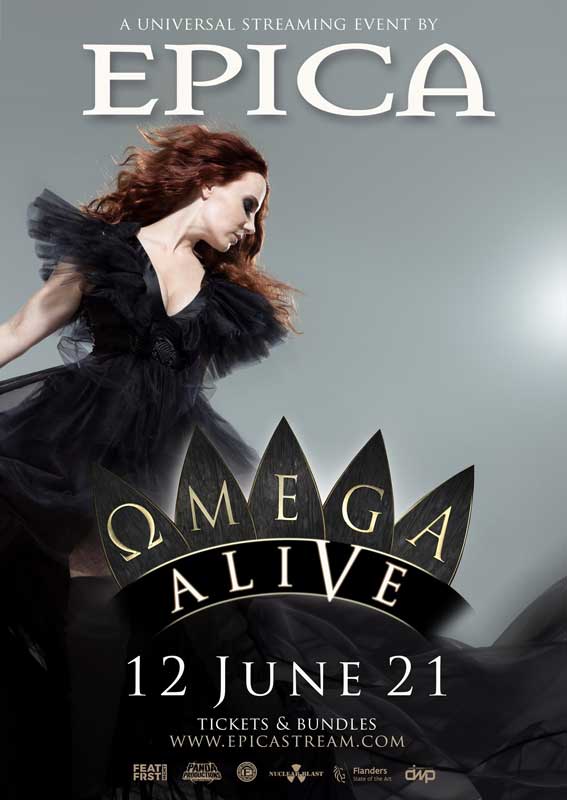