Austrian Heavy Metal Thrashers Garagedays are back again with their fourth studio full length ‘Something Black’ and I will confess to having a special place in my heart for this band.

Their debut full length ‘Dark and Cold’, released in 2011, was one of the first albums I ever reviewed for MetalTalk and I have followed their career progress with great interest ever since, reviewing each subsequent release and have been looking forward to ‘Something Black’ since hearing of it’s impending release.

Regarding ‘Something Black’, band main man and vocalist Marco Kern told MetalTalk: “The album process was very cool. We had a lot of fun making this record.

We think it’s more on point and a little back to our roots. We sound cheeky and fresh, we think and each bandmember put his own style on it.

“You have to know that when we are creating, it comes from us and as it comes out, if it’s cool for us, we put it in the record, otherwise we save it for the next record and look over it again.

“That’s Garagedays. Twelve years the same team and damn proud of it.” 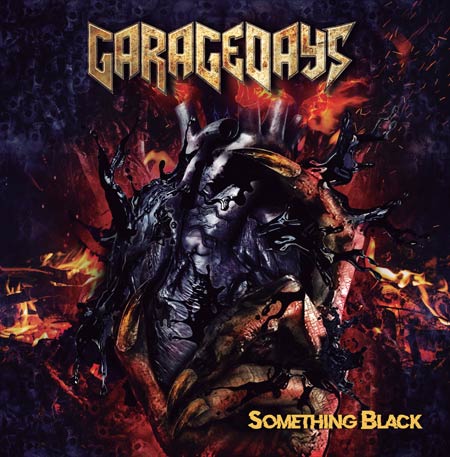 It is that consistent line-up throughout that is clearly a big part of the secret to their success. That and their obvious love for their music and they have pushed themselves to build on the achievements of each past offering.

‘Something Black’ is no exception to that ambitious aim. It is a ten track, forty-five-minute offering that is described as “songs that will strengthen the neck muscles” and I challenge anyone to resist headbanging to these catchy as hell tracks.

Their music just oozes fun and excitement. With an impressive abundance of well varied lead work from Rene, which mirror the mood of the tracks perfectly across the album, that will make your heart soar. It is a perfect complement to the rugged but clean, well intoned and protracted vocal delivery from Marco.

The album opens with ‘Back In Line’ and immediately the opening riffs fire you up as it breaks into an up tempo dirty groove. Up next, the title track, the thrashy d-beat rich ‘Something Black’, is a song about being controlled by your dark side. Here the tempo elevates further. It is one of my favourite tracks of the album. I love the line “Something black is going on in my head”, a sentiment we all feel from time to time, I’m sure.

With ‘And Again’, the pace drops down to an addictive punchy groove with a dirty edge that has a superb addictive repeat, simple but effective and on ‘I Be There (For You)’ a chugging riff powers through on this “good rockin'” track with its slick direction switching.

‘Out Of Control’ is a slower, sinister track, with a bit of a crush. Even the leadwork has a sinister edge as it rips through the second half of the track. On ‘My Own Way’ things slows things down a lot. It is a slow emotive and powerful ballad, but you still get a huge swathe of powerful leadwork towards the close.

The tempo is back up with the driving ‘The Calling’ , with its rapid riffing and second half leadwork which emerges majestically out of those riffs and in contrast ‘To My Soul’ is a haunting, but powerful ballad, with equally haunting leadwork.

Another favourite of mine, ‘New Home’ is a sinister builder, developing into a mid-paced punchy chugger that holds onto that sinister edge even in the leadwork. Final offering ‘Walking Dead’ goes straight in with a powerfully emotive repeat riff, a track which twists and turns with deceptive complexity, especially the second half lead work.

‘Something Black’ was produced by Andy LaRocque (King Diamond). The album artwork is by Jobert ‘Mello’ of Sledgehammer Graphix, who was also responsible for the covers of Sabaton, Sinner and Primal Fear.

Garagedays may have taken their sound back to their roots, but the energy is fresh and new.

They have excelled themselves with ‘Something Black’, their best album to date. 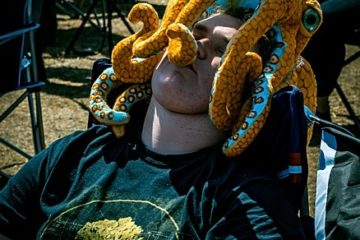