Apparently William Shakespeare wrote thirty seven plays. We tried to have a discussion in the office about which was the most Metal of these, but no-one could agreee so it descended into topical insult trading.

US hard rockers Dokken had multi-platinum success in the mid to late 80’s, with classics of the genre such as ‘Under Lock And Key’ and ‘Back For The Attack’, but prior to this success, Don Dokken had moved to Germany where he continued working on and evolving songs which would eventually contribute to the debut album ‘Breaking The Chains’.

Don told MetalTalk: “The New Wave music scene was becoming very popular on the strip [Sunset Strip in L.A.] and I did not play this kind of music. In Germany, bands like Saxon, Scorpions and Accept were very popular. These bands were not that well known in America in the late seventies, so that’s why I went to Germany.”

From Red Deer, Alberta, the band have been plying their trade for 13 years, although the eldest member is not yet 25.

The track is taken from their upcoming EP, ‘What Happened Here’.

Italian Groove Metallers South Of No North have released a lyric video for the song ‘Nonceferatu’, taken from their new album ‘Phagocity’.

The band told MetalTalk: “‘Nonceferatu’ is one of the most violent songs of the album, a raw complaint about the countless sketchy cases in the ecclesiastic environment.”

South Of No North’s ‘Phagocity’ constantly swings between a grotesque, bizarre and mocking vision of the society: a brand new city that grows and thrives like a parasite, sucking out lifeblood from every resource that gets close enough.

Sarcasm, puns and bluntness are SONN’s weapons of choice, while their sound is modern and contaminated with different influences, yet still raw and “straight in the face”.

Belgian post-Metal band Turpentine Valley have had three songs included in two episodes of the Netflix series The Twelve.

The tracks ‘Trauma’, ‘Vergeten’ and ‘Abrupt’ feature across scenes in episodes four and six.

The songs were are taken from bands debut album ‘ETCH’, released in November 2019 through Drunk!Records. 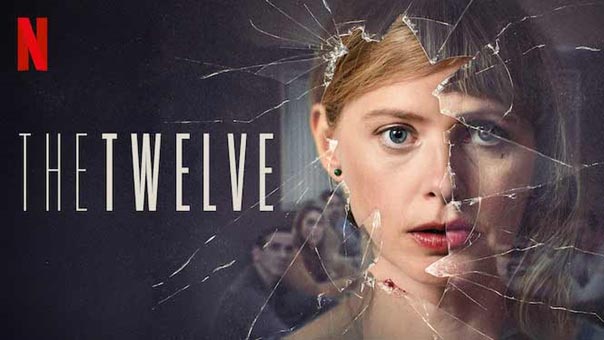 The series revolves around twelve people who are called for jury duty for a murder case as traumatising as it is controversial, in which a woman stands trial for killing her own blood. Watch the track ‘Trauma’ here:

Leicester Rockers Skam are set to release their new single ‘Green Eyes’ on 21 September, via X-Ray Records (part of Golden Robot Global Entertainment). The track has it’s focus is on jealousy and how the grass can look greener on the other side of the fence.

To overcome this, you need to suck it up, swallow it down, and concentrate on your own life.

Their last album, ‘The Amazing Memoirs of Geoffrey Goddard’ (2017), was a concept record based on the diary entries of a time travelling RAF pilot.

You can listen to the lead single ‘Take It Or Leave It’, from the ‘The Amazing Memoirs….’, below.

They say lightning never strikes twice and this might be especially true when it comes to sequels. ‘S&M2’, the recent collaboration between Metallica and the San Francisco Symphony, proves that this old saying is simply that.

With the help of conductor Edwin Outwater, musical director Michael Tilson Thomas, arranger Bruce Coughlin, and producer Greg Fidelman, Metallica not only succeeded performing live with the orchestra, but also exceeded expectations set by the original S&M twenty years ago.

Scott Pingel (Principal Bassist) of the San Francisco Symphony Orchestra was online discussing their roles in the production and taking questions.

In September 2019, 33 years after Cliff’s untimely passing, Scott Pingel, a Cliff Burton fan who also is the Principal Bassist of the San Francisco Symphony, would pay the ultimate tribute to the genius of Cliff with his own interpretation of his groundbreaking solo, ‘Anesthesia (Pulling Teeth)’ at S&M2.

Pingel says: “You know it was interesting, chatting with Ray [Burton, Cliff’s Father] after the Sunday show, God rest his soul, he… he said to me, ‘you know the first night was all just pure excitement, to get to hear… and then the second night, I was able to sit back and listen to it and appreciate it in another way.’ And he says ‘I wept. I just wept.’ And that brought me to tears actually.”

Scott Pingel spoke about the bass solo for ‘Anesthesia (Pulling Teeth)’ at S&M2, which has been described by countless fans as a “goosebumps moment” and judging by many fan accounts, the Burton Family were not the only ones who shed tears.

The thirteen track monster is a screamer of a debut, with styles harking back to early millennium Metal, while still remaining modern and varied and ‘The Sinner’ is sure to feature on many ‘Best of 2020…’ lists.

MetalTalk sat down with vocalist James Clark for an in-depth chat., where he spoke openly about his issues with mental health and offered sound advice to others who share the same experiences. A must read.

Previous article
TONY IOMMI REFLECTS ON THE END OF THE END FOR BLACK SABBATH
Next article
PHILM: Camden Underworld