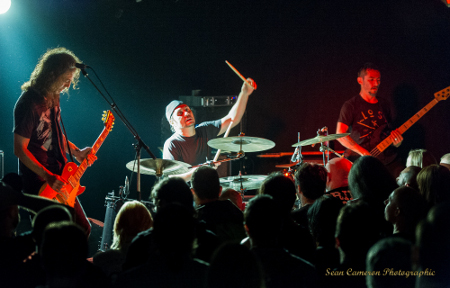 My focus in music has always been drums and great drummers. Tonight therefore was unmissable because the legendary Dave Lombardo is in town with his current band PHILM to support the release of their second studio album, ‘Fire From The Evening Sun’.

From a musical perspective it’s fairly unique, while straying towards Nirvana and Mastodon territory, with a strong nod to the 60s and 70s, and is a major departure from Lombardo’s Slayer days.

Opening track, ‘Fire From the Evening Sun’, sets the tone for the night – Lombardo is front and centre and despite the minimalist five-piece kit, delivers a masterclass in super-fast, precise playing. It’s clear too this is a tight well-rehearsed band, not a one-man show, and Gerry Nestler controls the sound with a variety of guitar effects and vocal styles while Pancho Tomaselli syncs himself to perfection with the drums. 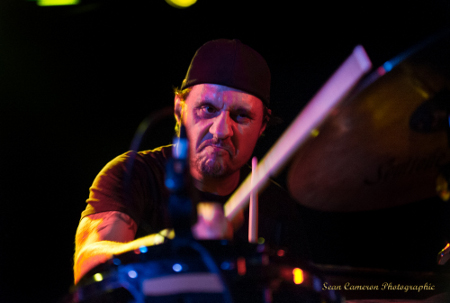 The music simply rocks. It’s mesmerising, fresh, exciting and raw. And it doesn’t slow down! Lombardo has stated in interviews that where the first album Harmonic was more improvisational and raw, the new album will have no improvising, no fluff and be in your face from start to finish.

It certainly seems that way and the brand new tracks including ‘Omniscience’, ‘Fanboy’, ‘Silver Queen’ and ‘Lion’s Pit’ are all given prominence in the set. Stand-out moments from ‘Harmonic’ include ‘Vitriolize’ and ‘Held in Light’ but in all honesty, the whole set was fantastic.

While very much playing as a band, it’s impossible not to acknowedge that Lombardo’s the star of the show and it’s a pleasure to watch him playing flat-out for an hour over so many tracks. Tonight was not just about PHILM though and the band were confidently supported by not one, but three support bands: Leeds-based Hawk Eyes, Earls of Mars and Palm Reader. 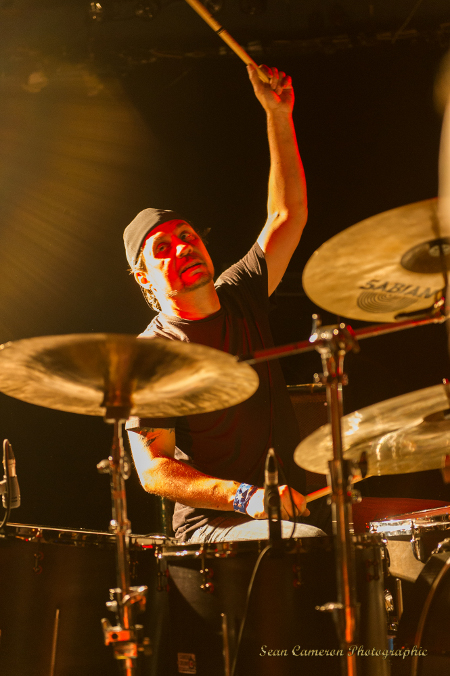 ‘Fire From The Evening Sun’ is out on 15th September (today) and based on what I’ve heard live, it will be one of the most intense, interesting and original albums released this year. 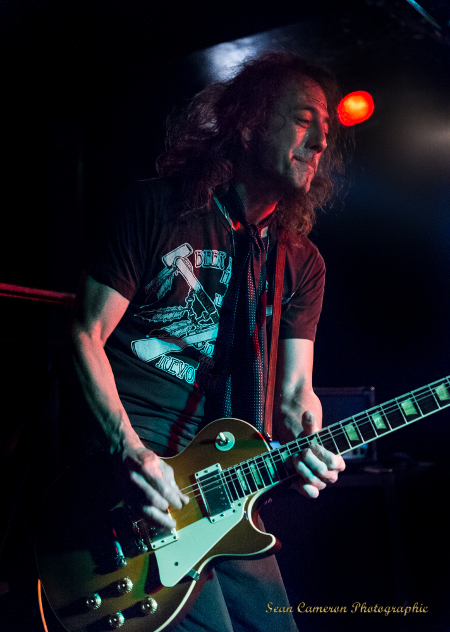