With the Cats In Space releasing their fourth studio album ‘Atlantis’ tomorrow (27 November 2020), MetalTalk took the opportunity to catch up with the new Cat on the scene Damien Edwards, as he prepares for the bands live stream album launch party at KK’s Steel Mill.

The hard hitting AOR giants have produced an authentic and emotional opus that stands equal to and often above their previous albums. Given the enthusiastic reactions to the pre-release copies of ‘Atlantis’, this promises to be an exciting key point in the career of the Cats In Space.

The live stream is a full on ‘pyro’d’ up gig, with VIP passes including an acoustic set filmed earlier at Cheltenham Film Studios.

With the show starting at 6pm, there is still time to get tickets from here. 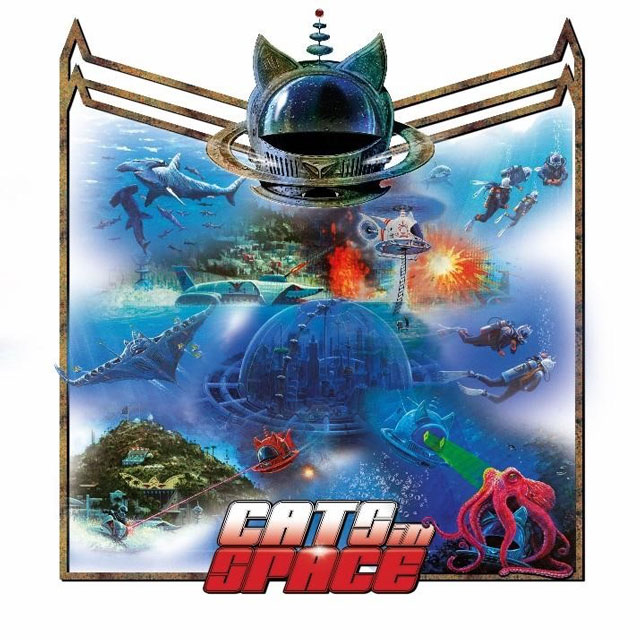 In a recent interview Greg Hart described the “force of nature” Damien as “a helluva singer and also a top chap too.”

As Edwards’ performance on ‘Atlantis’ “smashed it big style!”, we had to find out a bit more about the guy with the velvet vocals.

Congratulations on the album. It’s really fantastic. You must be chuffed how it has come out….

Damien: “Absolutely. Initially I was only going to be recording backing vocals for the album. I had heard an earlier version of ‘Atlantis’ and I just thought “Wow! I could do something with that.”

“When I was finished recording all the lead lines, I thought that we might have something special.

“Hearing the finished product, I know we have.”

MetalTalk are thrilled with how you fit in with The Cats. Was it an easy decision for you to join the guys?

“Well, relatively. I mean, 2020 is unlike any other year I have experienced.

“There was talk of me joining Cats after Paul left, but my schedule was just too packed. I would not have been able to do it justice.

“However, 2020 has given me a different perspective on things, on my career and on following my heart a bit more.”

You have got a great pedigree having played in bands, but also stage shows too. I’m interested in the Parson Nathaniel part. That must have been an experience to be involved in that? It is a pretty epic show….

“I can honestly say that I have never, before or since, done anything like it. The scale of the arena show of ‘War of the Worlds’ is epic and it is an extraordinarily well oiled machine.

“I kind of had to slot in and hope I did not mess up too much, as I joined the show half way through (although I’d been on the tour as cover)

“My first night, in Cardiff I think it was, was quite nerve wracking. I think it was the first time I had sung some of the part with the band… in front of however many thousands of people! [laughs]”

With the album launch at K.K.’s, you must be looking forward to this. How have rehearsals gone?

“Rehearsals were a really good time. It was the first time we had really all been in a room together, because of COVID-19 obviously.

“I think the Steel Mill show will be something special and it will give the faithful an idea of what the tour will be like.”

Without putting any set spoilers out, how are you with the Cats back “Cat”-alogue? With touring, hopefully, resuming next year at some point, can you think of any stand out songs you are looking to present from the front?

“Well, we have kind of discussed what a live show might entail. I am excited to perform as much of ‘Atlantis’ as possible.

“Of the older stuff, I really like ‘Twilight’, ‘Greatest story…’, well, there are actually quite a few!

“Anything where I can show off, basically!”

How would you describe your on stage persona? Do you really get into the groove and jump about in the appropriate places, or are you a bit more laid back… What can fans expect to see?

“I would say I am somewhat impish. I like to have fun. I also like to find the drama. I’m a bit of everything really.

“I imagine I will be quite different from the other fellas.”

K.K.’s is a great place to be doing the live stream. A great venue. With 2020 gone to pot, live wise, it must be quite exciting to get out there again, even though there are no fans in the venue….

“I am happy we’ have managed to do something! It is weird, however, performing what will essentially be a live show without the benefit of an audience.

“I mean, as a performer you feed off the audience. You go on a journey together. I miss that.”

You voice is ok, I hope!! … Sid you have to keep up with any vocal exercises during lockdown? Is that something that singers even need to do?

“I am sure some singers do but, personally, not so much. I am pretty in tune with how my voice feels and I know if I am going to be able to do my thing.

“The only thing I really do before I sing is to vibrate my vocal chords a bit. If I have a cold or a sore throat, there is not much point in me singing.

“That is like having a Ferrari with no engine! [laughs]”

From what we have read people are really buying into the new album. Are you happy with how well it has been received?

“I am freaking delighted!

“I am the third singer this band as had and ‘threequels’ are not necessarily well received. Look at Jaws 3D!

“I am not surprised though, not because of anything I have done, but just because it is a great album.

“I truly believe that.”

Do you have any expectations from the evening, or is it just to go out an have a great time?

“No expectations at all really. I just hope that everyone who has bought a ticket enjoys it.

“It is not going to be the same as going to a gig, but it is the best we can do right now. Plus, pyrotechnics!”

Good luck for Friday! We hope is all goes really well for you and the lads. Do people say “Break A Leg’ anymore, or is that an old wives tale?

“I would just like to thank you guys for all the support you have given Cats In Space. It really means a lot. 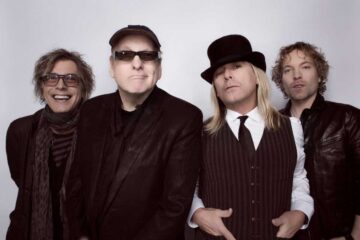