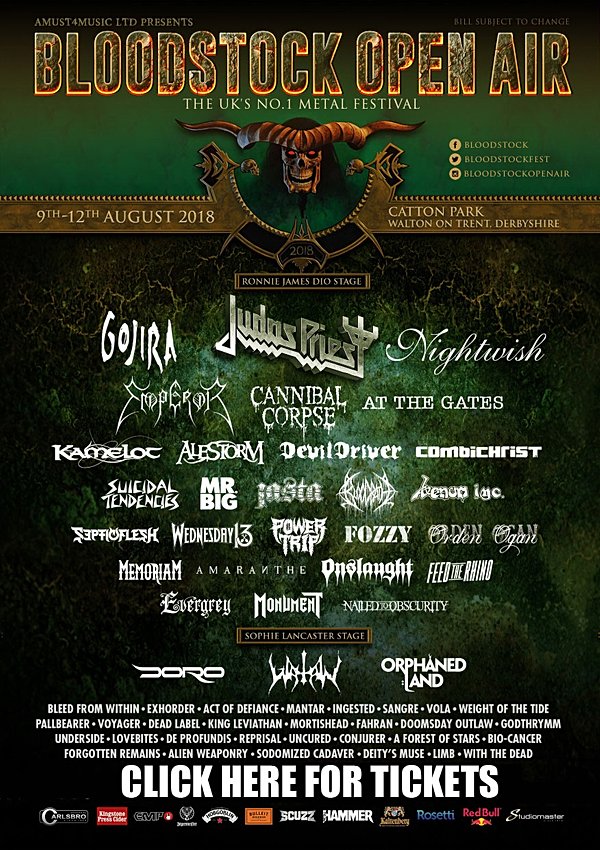 8pm and it’s getting hot in here…

The sun is beating down once more after the earlier deluge and there are happy faces all round and reunions in the press tent.

Warlock guitarist Tommy Bolan is about to play his first gig in England with Doro since the ‘Triumph And Agony’ tour in 1987 and told us:

“It feels amazing and it’s great to back here with Doro rocking with the band and it’s going to be a fucking unbelievable show.”

Deity’s Muse opened the Sophie Stage at 11.00am and the South Africans’ first ever UK festival appearance went down really well.

Guitarist/vocalist Wayne Boucher told us: “We were thinking that the clash with Feed The Rhino may work in our favour and our first experience with British Metalheads was a seriously good one. We saw South African flags flying in the crowd and we’re looking forward to coming back for more.

“This was the last show of our first ever, six date, UK tour and we’re playing a big festival in South Africa next month called the Krank’d Up Festival and then we’re into the studio to record new music.”

Kamelot have just finished their Main Stage slot, where there was more than sunshine lighting up the crowd as the Italian symphonic Metallers added to the mellow mood.

There was a stage time change for Lovebites and the girls wowed with a punchy effervescent set that made them many new fans.

We are heading out to the arena now to catch The Heretic Order, Judas Priest and Doro to round off what has being a mighty Friday here at Bloodstock. 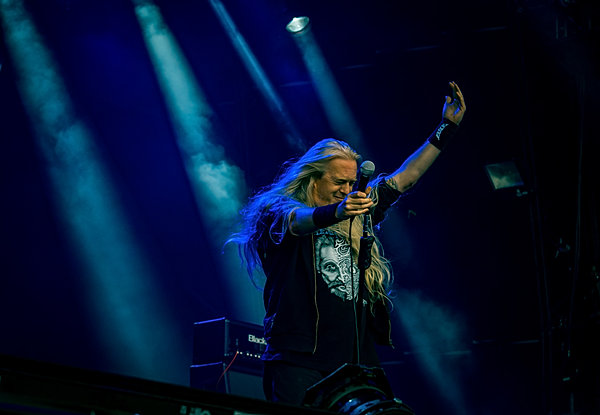 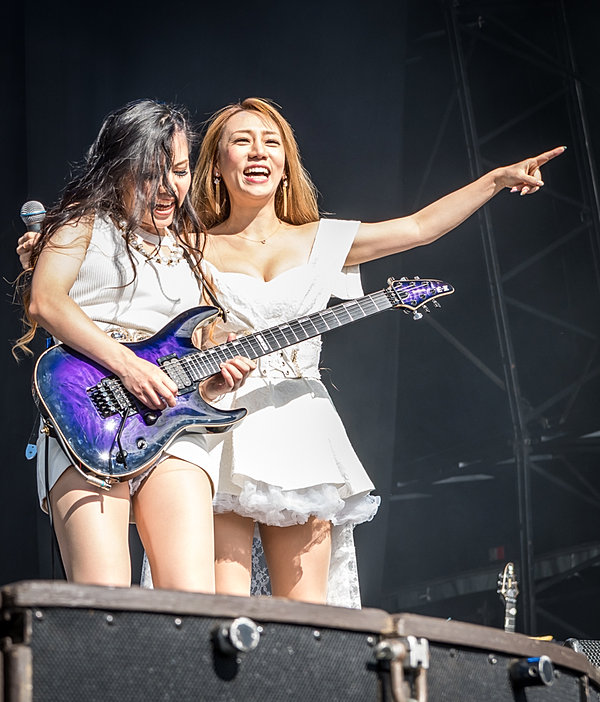 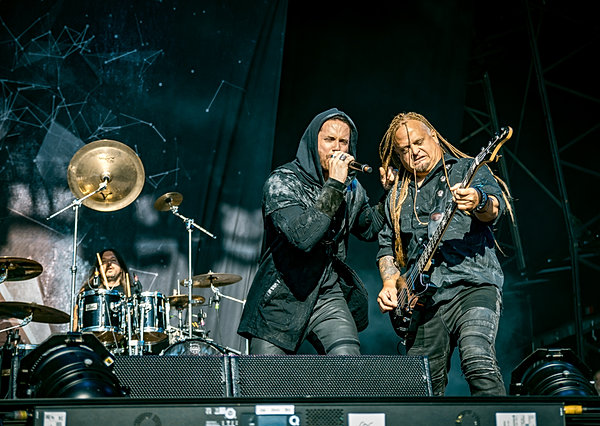 The Main Stage is already getting a very serious pounding and the crowd got a serious pelting from heavy precipitation during Memoriam’s set. The band brought the thunder and the rainclouds nearly brought the lightning, as you will see from the forthcoming pictures.

Onslaught previously played a blistering set on the Main Stage and frontman Sy Keeler was delighted with the reaction that the brand new Onslaught line-up received. For those unaware, drummer James Perry and guitarist Wayne Dorman made their debuts today and Sy told us:

“It was bizarre for the new members I’m sure. The very first gig with the new line-up on the Main Stage at Bloodstock Festival – wow… we were all a little nervous beforehand but you can use nerves to have a positive effect.

“How could we possibly be anything but delighted with the response from the crowd. It’s the third time we’ve played here, plus we played when it was the indoor version in 2006, and today was far and away the best response we have ever had.

“The heavens opened during ‘Let There Be Death’, as I started to sing songs about storm clouds gathering and all things dark and Satanic and it was all quite fitting really.”

“We have a new album in the works and we’re looking at releasing it sometime during 2019. It’s going to even more epic than the previous albums, as it should be as you should always look to do that.”

And after this afternoon’s performance, that really is something to look forward to. Something else to look forward to is the set from Lovebites that has just been switched to the Main Stage, with Suicidal Tendencies reverting to the Sophie Stage. All that kicks off in ten minutes or so and meanwhile, here are some select shots from today’s action so far.
< 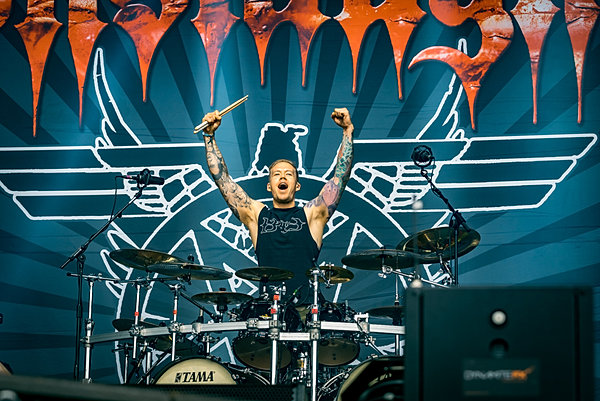 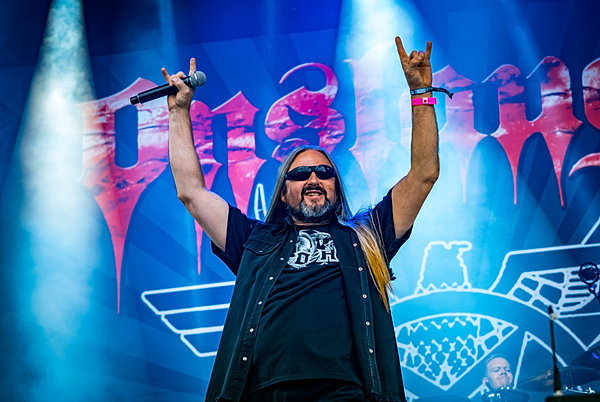 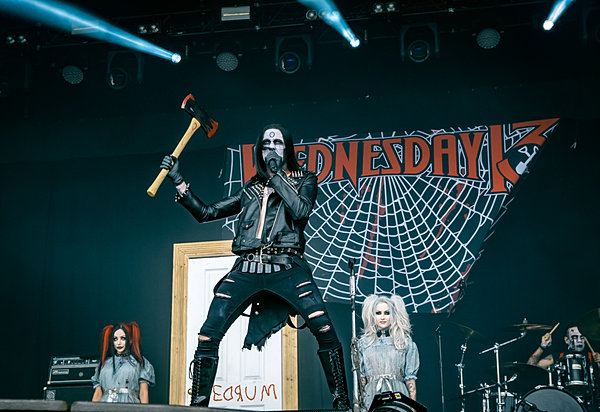 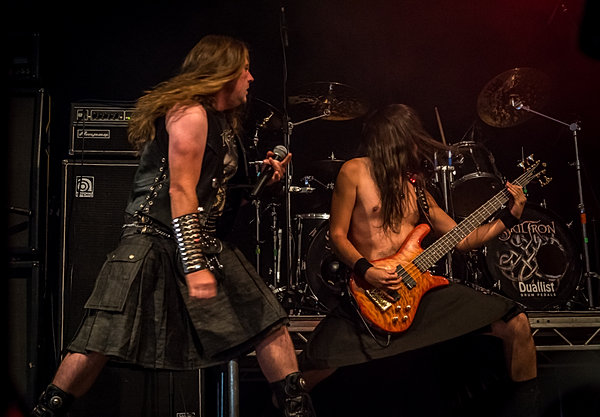 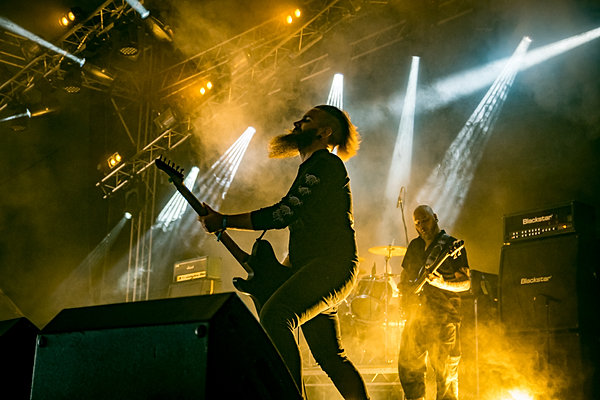 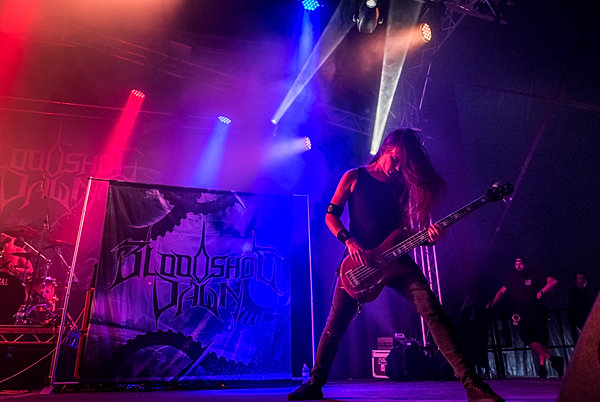 Here we are at our third festival in three weekends in three different countries and this is one we always particularly look forward to – the UK’s best Metal festival, Bloodstock.

It all kicked off last night with Arkona, Skiltron and more getting proceedings underway in the Sophie tent and we’ll have some photos for you real soon, once our snapper, John Inglis, returns from the pit where he is currently shooting Wednesday 13.

Today is a bit special for us because three of the bands headlining the four stages are good friends of ours. Judas Priest were inducted into The Hall Of Heavy Metal History at Wacken last weekend and they headline the Main Stage here at Bloodstock tonight, while Doro was also inducted at Wacken and headlines the Sophie Stage tonight.

We’ve covered The Heretic Order quite extensively this year and our very good friend Lord Ragnar Wagner and his merry men headline the Jaeger Stage tonight. That should actually be merry men and lady as new bass player Priestess Morgana made her debut with the band this week in London and is now making her festival debut with THO tonight.

The Editor has, however, been ordered to stay away from the Jaeger this weekend after drinking nearly all of Germany’s supplies last weekend. You’ll probably find him propping up the splendid real ale bar here at Bloodstock instead.

So stay posted and keep refreshing this page as the rolling coverage of Bloodstock 2018 will be coming thick and fast. The party is already in full swing here at Heavy Metal Heaven.