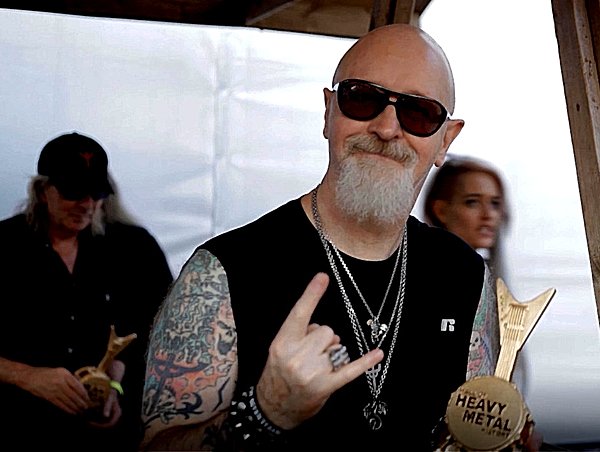 Judas Priest were inducted into the Hall Of Heavy Metal History last Thursday night, 2nd August 2018, just before they played an utterly devastating performance at the world’s biggest and best Metal festival.

The induction ceremony was conducted by Whitney Alyson Ribbins and MetalTalk Editor-In-Chief Steve Göldby, in the backstage area of Wacken Open Air and you can see the full video right here.

The Metal God himself, Rob Halford, spoke on behalf of the whole band after he was presented with his award and Priest’s performance on Thursday night goes down as one of the great Wacken moments.

The Priest setlist was full of surprises with ‘Grinder’, ‘Sinner’, ‘Bloodstone’ and ‘Saints In Hell’ amongst the highlights.

Glenn Tipton joined Priest onstage for the final three numbers, ‘Metal Gods’, ‘Breaking The Law’ and ‘Living After Midnight’, and almost brought the 80,000 crowd to a standstill when he stepped onto the enormous stage and played those classic songs he will forever be associated with.

Priest’s performance on Thursday night goes down as one of the great Wacken moments with guitarist Richie Faulkner making the front page of Friday morning’s Festival Today newspaper. 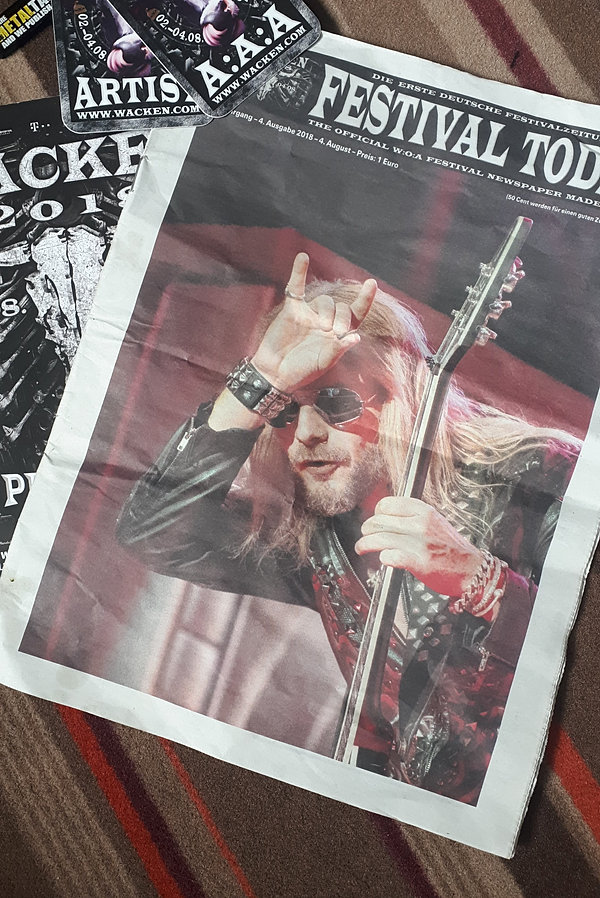 After The Metal God received his induction, it was the turn of The Metal Queen as Doro Pesch was inducted after her Main Stage performance on Friday night.

It was Doro’s 35th Anniversary show and another devastating performance from one of the greats with guests including Amon Amarth’s Johan Hegg and Andy Scott and Pete Lincoln from Sweet. You can see the full induction ceremony right here.

You can catch both Judas Priest and Doro at Bloodstock Festival which takes place at Catton Park, Derbyshire this weekend. Priest headline the Main Stage this Friday and Doro headlines the Sophie Lancaster stage on the same evening.