After a successful jaunt touring the UK with Metal Gods Judas Priest, Michael Schenker’s Temple Of Rock are back in the UK yet again to stun rock fans with some mesmerising headline shows.

During rehearsals for the tour MetalTalk’s Mark Taylor got on the phone to the maverick German guitarist Michael Schenker to see what the band have planned for the year ahead. 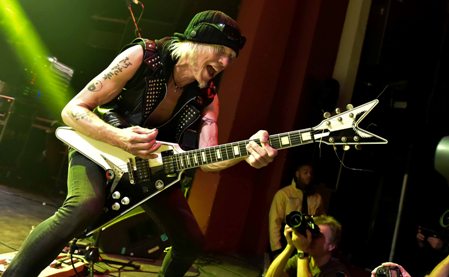 Hi Michael, you’re just about to start the UK Tour with Michael Schenker’s Temple Of Rock. You’ve just toured the UK last December with Metal legends Judas Priest, how was that for you?

Oh, that was great, great places and great audiences. It was a short set but we loved it. You know when I was still 18 years old, that’s when it all started for me. I was with UFO and we toured the UK, it’s always great to be back where I started.

You’ve already been doing some headline dates on this tour in support of your latest album ‘Spirit On A Mission’. In Madrid, you filmed the show for a future DVD. How did that go for you?

Oh! Fantastic, actually we are all chasing around, doing the editing and mixing it right now but it’s turning out really good. It will be released in April, and also we have a double A-Side single ‘Good Times/Rock City’ out now and of course we start the UK tour in Bilston on the 20th and finish in London on the 30th, but we’re also are headlining the Giants Of Rock Festival in Minehead a day later on the 31st January and we finish our World tour in Scandinavia around the end of February.

We will also be signing a new major record deal for Temple Of Rock because at the moment it is all done by ourselves but we need something suitable to take it to the next level and by the end of the year we hope to be releasing the next studio Temple Of Rock album.

Last year on this current tour, in Osaka you rekindled your friendship with Graham Bonnet who was infamously ousted from the MSG band after just one gig on the ‘Assault Attack’ tour in 1982. You invited him to join you for ‘Desert Song’ in Osaka. How was that for you?

Actually it was really funny and the audience were really happy to see that, I mean people were actually crying. It was excellent.

Graham Bonnet is also performing at the Giants Of Rock Festival. Are there any plans for you two to repeat the experience?

Nothing has been talked about, I just do it by chance, you know, if we do something it needs to be agreed and talked about beforehand but there’s nothing planned as yet. 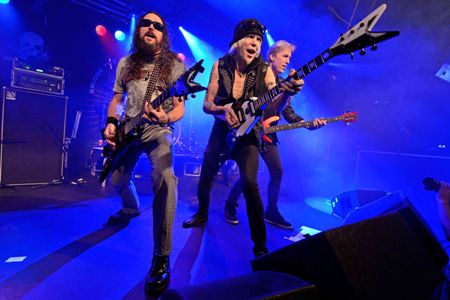 Last November Michael Schenker’s Temple Of Rock performed at Le Bataclan in Paris. Just a week later the Eagles Of Death Metal played there when their set was cut short by the atrocious terrorist attacks which resulted in 89 fans losing their lives. That news must have hit you hard considering you were only there the week before?

Yes, of course. Paris was a great gig for us, but you know, what do you do? It was terrible what happened there afterwards but you’ve just got to move on with your life and hope for the best.

Sadly this week we lost David Bowie, were you a big fan of him?

Absolutely, I would’ve thought he would’ve been the longest lasting person, I didn’t even know there was anything wrong with him, then out of the blue I heard the sad news on my birthday, but he was one of my favourites.

Did you ever see David Bowie live or meet him at all?

No, I never did see him live or meet him but I do have an indirect connection with him, because I have Aynsley Dunbar who has played on my album and UFO albums and he was a drummer for David Bowie, and I have Ian Hunter who I am good friends with so I kinda have an indirect connection with him. Anyway I just love his music [sings] “There’s a Starman waiting in the sky… ” and stuff like that, it’s just fantastic. 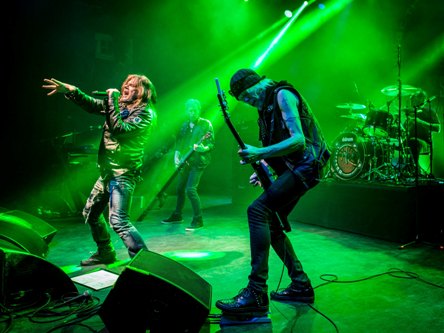 That’s great to hear. Also we’ve just lost Lemmy from Motörhead. Did you have any connection with him over the years?

Wow! I never knew that. Did you audition at all or did you turn down Lemmy down straight away? 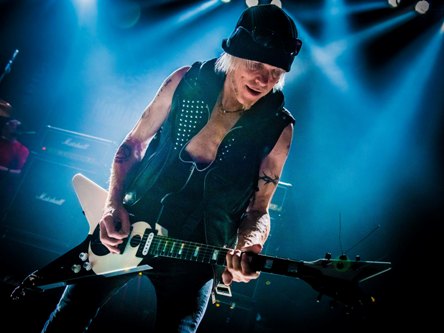