Stevie Westwood, from Bad Touch, talks about ‘Kiss The Sky’

BREAKING NEWS: OZZY OSBOURNE: “I’M BACK ON DRINK AND DRUGS” 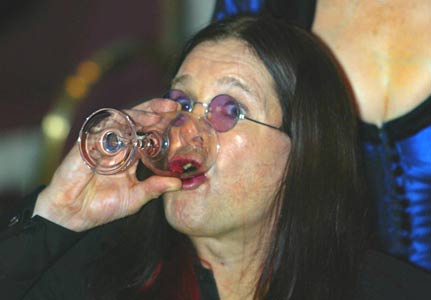 Metal legend Ozzy admitted to “drinking and taking drugs” over the past 18 months, something that our Black Sabbath insider confirmed to us very recently.

This revelation comes after rumours yesterday that he has split with his wife Sharon.

The open letter to fans also finds Ozzy stating that he is working on getting better and has been sober for the past 44 days. While announcing he is not divorcing Sharon, he did admit to being “an a–hole to the people I love most, my family.”

He also apologized to his family, friends, Black Sabbath bandmates and fans for his “insane behaviour”.

“For the last year and a half I have been drinking and taking drugs. I was in a very dark place and was an a–hole to the people I love most, my family. However, I am happy to say that I am now 44 days sober.

“Just to set the record straight, Sharon and I are not divorcing. I’m just trying to be a better person.

“I would like to apologize to Sharon, my family, my friends and my band mates for my insane behavior during this period… and my fans.

This message has overshadowed the announcement of Sabbath’s North American dates, however our insider has told us that it is highly unlikely that the band will complete all their dates as, and especially in light of the above, the group are likely to implode before the tour is scheduled to finish.

BREAKING NEWS: OZZY OSBOURNE: “I’M BACK ON DRINK AND DRUGS”