In the second of a series of MetalTalk interviews with bands from the Russian Federation, we talk to the band Wax Angel, a six-piece band from St Petersburg. 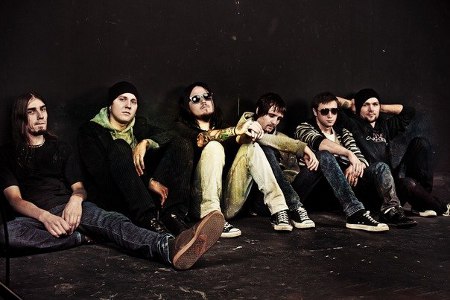 Formed in 2006 by Sasha Danilov who along with some university friends, the group play in a post-Grunge style taking influences from such diverse bands as Metallica, Pink Floyd, Alice In Chains and Pearl Jam. The group have already self-released two full length albums, ‘Change The World’ in 2008, and most recently, ‘Universe’ in 2011.

On the ‘Universe’ album, the band were pleased to work with well known platinum selling Finnish producer Anssi Kippo, who had previously worked with bands like Children of Bodum and Impaled Nazarene.

Despite the ongoing worldwide issue of illegal downloading and music piracy, the group has already sold in excess of 10,000 CDs, and regularly tour all over Russia headlining their own gigs as well as opening for bands like Seether, Puddle Of Mudd and Soil.

“We played three gigs with Seether in Moscow, St. Petersburg and Kiev which were great”, confirms Sasha. “After our last gig with Seether we went to a bar with (Seether vocalist) Shaun Morgan and some of their roadies, and we ended up jamming some Pearl Jam, Radiohead and Metallica songs with them, which was really cool!”

Sasha tells me that the rock music industry in Russia as a whole is “badly developed, especially for those bands who play Heavy Metal music. There are, of course exceptions”, he continues, “bands like St Petersburg based Nu-Metal band Amatory and Metalcore band Stigmata have big fan bases, but a majority of the bands perform in English, which can create a lot of problems for getting gigs and ultimately attracting fans.” 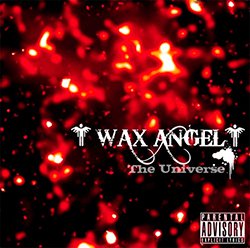 Talking about the media exposure that a band can expect, Sasha confirms that “commercial radio stations only seem to be interested in those bands who perform in the Russian language, or big foreign groups, which makes a group like Wax Angel seen to be wrong in their eyes. The only rock music radio station there was, which was our biggest hope (of exposure), was called A-One”, he continues, “but this was changed into a Hip-Hop station! The same situation exists with music festivals and television stations – it’s like they are not interested in local Heavy Metal bands who are singing in English.”

Looking to the future of the band, Sasha confirms that they are looking to get their music out to an International audience and they have already lined up some live dates in the UK and the USA supporting (HED) P.E., as well as looking to sign a record deal in these countries on which they can release their new album, which is due to be recorded later in 2013. As far as other Wax Angel activity in 2013, Sasha confirms the plan to release the track ‘Dirt’ as a single in the spring.

“‘Dirt’ is our favorite song at the moment”, he confirms, “and we think it will get a lot of attention from music fans all over the world.” 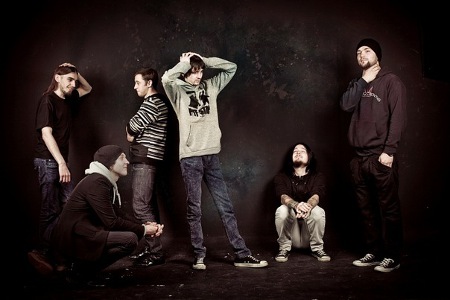 When pressed to talk about his favourite festivals, he’s unashamed to name-check the big international ones like Reading and Leeds, Rock in Rio, Rock am Ring and Glastonbury, “but unfortunately our band haven’t yet reached the level that we are able to play these at the moment”, he says, “but we are planning to go to some other festivals like Ziget (held in Budapest), Kubana (held near Anapa) and the Rock the Beach festival (held in Finland).”

When talking about current and past musician, Sasha and the rest of Wax Angel are certainly influenced by bands like Pearl Jam, Deftones, Metallica and Pantera but I push him to name some of his favourite tracks to which he replies: “The Sex Pistols are the most famous group to have influenced us, but I like Pink Floyd ‘The Wall’ (the album), Led Zeppelin’s ‘Stairway To Heaven’, AC/DC’s ‘Highway To Hell’ and ‘The Show Must Go On’ by Queen.

Sasha certainly hopes that Wax Angel hit half the heights that these bands have done in the past, and for that I wish him and the rest of Wax Angel, all the luck in the world.

Thanks to Alina Meshcheryakova for arranging the interview, and to Sasha for his time.

BREAKING NEWS: OZZY OSBOURNE: "I'M BACK ON DRINK AND DRUGS" 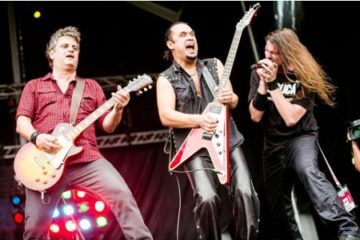