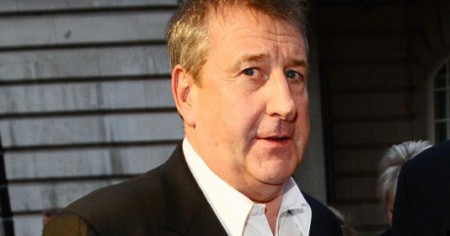 The British Daily Mail newspaper published an article online on Friday 5th April 2013 by their columnist, Richard Littlejohn, on the subject of Heavy Metal fans and other music lovers. In the article Mr Littlejohn suggests a series of negative stereotypes based around his idea of Metallers, punks and goths.

He reckons that if you upset someone at a Heavy Metal concert you will “probably end up with a motorcycle chain wrapped round your head”. He also mocks us for wearing “scruffy” clothing.

I’m sure most of us who regularly attend Heavy Metal gigs will simply laugh at his ignorance and misunderstanding of our culture but in other parts of the feature his writing turns very sour.

Littlejohn proudly claims that he has a friend who wants to beat punks to death with a stick. Especially in the light of the 2007 murder of Sophie Lancaster, brutally killed for simply being a goth, this is in extremely bad taste. Whereas the police are trying to stop such crimes, Mr Littlejohn is encouraging them.

He wonders “how many victims of violent crimes were drawn from the goth, punk, heavy metal or emo communities?”. He wonders but he does not do any research to find the actual figures and simply assumes them to be inconsequential.

They would of course be inconsequential to him as he clearly knows nobody from those communities and nothing about their music or lifestyle. In the article he asks if new laws will be drawn up to include “mods, teddy boys, new romantics (and) skinheads”. He is not really down with the latest terminology here, is he?

The article is highly discriminatory and inaccurate in its portrayal of music fans. It also seems to incite hatred against certain groups of music lovers. Several complaints have already been lodged with the Press Complaints Commission over the inaccuracy of this article and its incitement to violence.

Richard Littlejohn has a history of ill thought out and offensive writing, often on the topic of foreigners, homosexuals and the poor.

Already this month a petition with 240,000 signatures was handed to the Daily Mail asking for his sacking. This was in reaction to an article he wrote about a transgender schoolteacher, Lucy Meadows. The teacher in question later committed suicide.

On the Rwandan Genocide in 1994 he commented with an uncaring and racist slant “Does anyone really give a monkey’s about what happens in Rwanda?”

And in his vast catalogue of other insensitive articles he has called for goths to be “neutered”, said that dwarves were “intrinsically funny” and after the murder of five prostitutes in Ipswich commented that for people in “their chosen field of work, death by strangulation is an occupational hazard”.

Richard Littlejohn is a disgrace to journalism and abuses our right to free speech to spread hatred and bigotry.

Other quotes from Richard Littlejohn