Sensational Swedes, H.E.A.T., are in London tonight for the final date of their mini-UK tour, delivering an arena-sized set of pure AOR heaven to a delirious sold-out crowd at the Borderline.

Having established themselves already with two great albums, ‘Heat’ and ‘Freedom Rock’, tonight we are privileged to watch new(ish) vocalist Erik Grönwall, performing in London for the first time, showcase material from their latest record, ‘Address The Nation’.

H.E.A.T. have crafted a masterpiece of an album which manages to deliver a nostalgia tinted big 70s/80s rock sound in a fresh, modern and retro-cool package. It’s been on most ‘best of’ lists for 2012, along with the exceptional lead single, ‘Living on the Run’.

Opening with ‘Breaking The Silence’, it takes about five seconds to realise that this is going to be a night to remember. Grönwall is the real deal. A previous winner of Sweden’s Idol, from an amazing audition singing Skid Row’s ’18 And Life’, he’s got the vocal talent and power to match the greats, and the youth and energy of the Duracell bunny.

Keeping the energy high, the band head straight into ‘Better off Alone’ and ‘1000 Miles’, which allow both guitarists, Dave Dalone and Eric Rivers, off the leash. ‘Better off Alone is a brilliant melodic rock song which has a feel of classic Toto to it. ‘1000 Miles’ on the other hand is a great pop-rocktune with an awesomely ‘Europe-esque’ solo. Apparently it was their audition for Sweden’s Eurovision entry!

What follows is the delirious one-two punch of ‘Beg Beg Beg’, a crowd-pleasing slice of cheese, which segues into Led Zepp’s ‘Rock ‘n’ Roll’ and a sing-along, and then the subtle and classy ‘Downtown’, one of the best tracks from ‘Address The Nation’. It demonstrates a lighter touch which balances the key-changing highs of the previous song, and allows the band members’ musicianship to shine.

We stay with the ‘Address The Nation’ record for two more sublime slices of classic rock: ‘Falling Down’ and the simply awesome ‘Heartbreaker’ which, to me has a hint of Bon Jovi’s ‘Bad Medicine’ to it! This is already by far the most entertaining gig I’ve been to this year and the band’s energy is phenomenal. But they’re not done yet and head straight into ‘Danger Run’ from the previous album, ‘Freedom Rock’. This has an outrageous 80s sound and could easily be a Survivor cover!

The best however is yet to come and after ‘Never Let Go’ and ‘In And Out Of Trouble’ we finally get to H.E.A.T’s best track, ‘Living On The Run’ before closing with the low-key ballad, ‘Who Will Stop The Rain’.

In a club the size of the Borderline there’s nowhere to hide so the encore simply carries on where we left off. After a pause for breath, the band show there is still some gas left in the tank with ‘There For You’ and ‘All About Tonight’ which allows drummer, Crash, to have some fun! Finally, after without question one of the best shows I’ve ever seen at the Borderline, H.E.A.T. end the night evoking the spirit of Journey’s ‘Don’t Stop Believing’, with the gorgeous ‘Keep On Dreaming’.

It wasn’t all about the Swedes however and Mark Curran got the capacity crowd in the Borderline off to a rocking start, with a Curran original ‘Run Back To You’, before tossing in crowd pleaser ‘Rosalie’ by Thin Lizzy, mid set and left the venue hyped up for special guests King Lizard by finishing off with ‘Rebel Yell’. 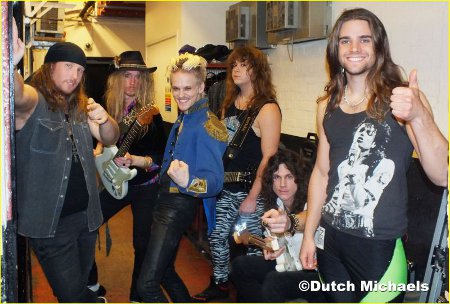 King Lizard is clearly a popular choice to warm us up for H.E.A.T. with the boisterous crowd giving them a huge welcome. Showcasing recent album ‘Nightmare Living The Dream’ the band roared through a short, angry set, highlights being ‘Hair Of The Dog’ and ‘Nightmare Livin’ The Dream’, before closing with a fast and furious cover of ‘Johnny B. Goode’.

This was a fantastic night in the Borderline. H.E.A.T.’s music may be heavily influenced by the past but their latest record has both feet firmly in the present and the band hopefully has a very bright future. They brought a truly sensational level of energy, talent and brilliant songs to London for one of the most entertaining gigs I’ve ever been to. 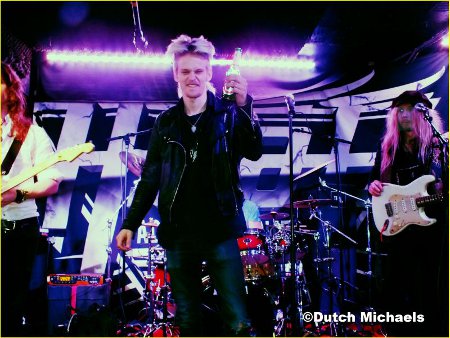 After chatting briefly with bassist Jimmy Jay at the after-show meet ‘n’ greet, it’s clear they had a blast and were really excited the show sold-out. So fingers crossed they return to the UK very soon to sell out a larger venue. I’m sure it won’t be a problem.

Set List:
Breaking The Silence
Better Off Alone
1000 Miles
Late Night Lady
Straight For Your Heart
Beg Beg Beg
Downtown
Falling Down
Heartbreaker
Danger Road
Never Let Go
In And Out Of Trouble
Living On The Run
Who Will Stop The Rain
There For You
It’s All About Tonight
Keep On Dreaming 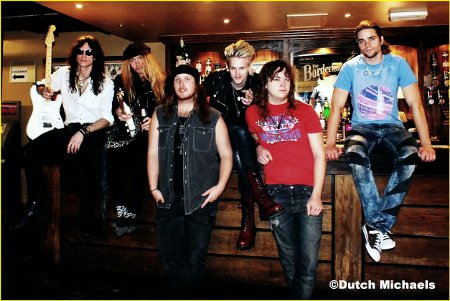 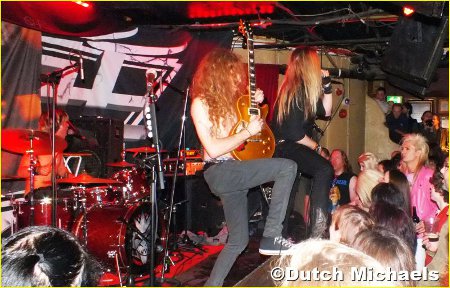 BREAKING NEWS: OZZY OSBOURNE: "I'M BACK ON DRINK AND DRUGS" 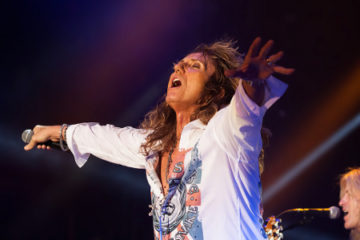