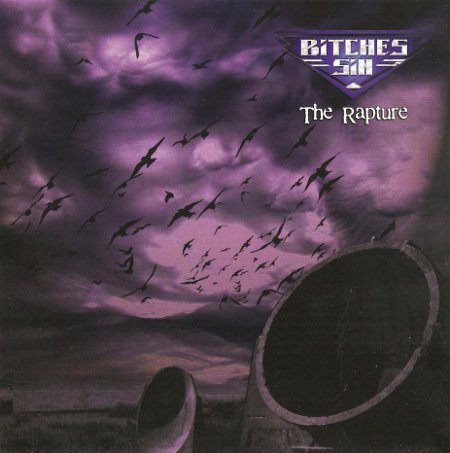 The album was produced by legendary producer Chris Tsangarides (Thin Lizzy/Anvil) who also features on guitar with main man Ian Toomey. The album also features vocalist Dave Mills, whose monster Metal vocals have gone a long way to give Bitches Sin their best album to date in a career which now spans 30 years!

Sound Of Silence
Don’t Let Go
Save Me
Never Forget
You Want Paradise
The Rapture
Old School
Thanks For The Memories
Hollow Man
Love And Faith
No Regrets.

Originally formed in Cumbria in 1980 by brother guitarists Ian and Pete Toomey, Bitches Sin caught the NWOBHM wave with their Always Ready For Love single on Neat Records. Albums ‘Predator’ (82) and ‘Invaders’ (86) followed with the band calling it a day in 1987, citing a changing musical world only to remerge overnight under the new name Flashpoint who were all but Bitches Sin except in name.

They released three albums before the interest in Bitches Sin grew with the introduction of the internet and specialist rock magazines worldwide encouraged the band to reform in 2006. They recorded their comeback album, ‘UDUVUDU’ (You-Do-Voodoo), the following year and embarked on live slots in UK, Europe and Japan.