On 17th July, the stage collapsed at the Ottawa Bluesfest during Cheap Trick’s set. Luckily, the band, crew and audience were partially evacuated and nobody was seriously hurt.

On 13th August, the stage collapsed at the Indiana State Fair in Indianapolis just before Sugarland’s set. This time five were killed and at least forty-five injured.

On 18th August the Chateau tent stage collapsed when trees were blown down at Pukkelpop Festival in Belgium during the Smith Westerns’ set. Four people lost their lives and another 140 were injured.

Skunk Anansie were performing on the main stage at Pukkelpop when the storm hit. Guitarist Ace told me:

“It was like nothing I’d seen before, it literally blew me off my feet and knocked over amps, drums and everything.

“The storm was like being punched by nature and having a fire hose over the equipment. The crew really saved lives by their quick-thinking and evacuation of the stage. If it wasn’t as well organised at Pukkelpop there would have been a lot more casualties”. 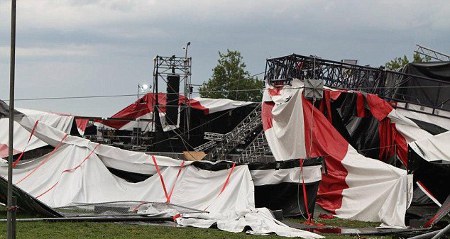 “If it wasn’t as well organised at Pukkelpop there would have been a lot more casualties.” (Ace, Skunk Anansie)

Festival stages, tents, and lighting and PA rigs can be dangerous things. As concert-goers, we have a right to ask if they are safe. Who builds all this stuff? Are they safe and does anyone check them for safety?

In fact – yes – they are mostly very safe. As you’d expect these days, concert staging is highly regulated by health and safety standards and run by experienced professionals.

A spokesman for one staging company, Star Events (who have done stages for the likes of the Chili Peppers in Hyde Park) said:

“We started building outdoor stages around twenty-five years ago after years of working as sound engineers on stages that were often not fit for the purpose.

“There is no escaping the fact that installing large amounts of heavy equipment in sometimes difficult surroundings, and under almost constant time pressure, means that companies like ours have to have Health & Safety at the very top of our agenda, at every level of the company.

“Regardless of the type of event, we never forget that gravity and the effects of the weather are constant companions and cannot be ignored!”

I was working on a festival a couple of years back, and during the set-up in the morning, before the audience arrived, some high winds were brewing.

The staging crew followed correct procedure. Firstly, they opened the tarpaulins at the back of the stage so any wind could pass through the stage, rather than pick it up like a kite. While this was going on, the stage was evacuated. 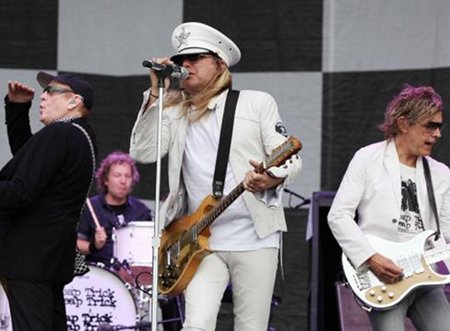 Wind speeds were measured and consulted alongside the stage’s documentation. All stages are inspected and insured with a maximum sustainable wind speed. Then the Met Office was contacted for predictions of winds later in the day.

Just as the official forecast was coming in, the stage was caught by another gust of wind and actually lifted off the ground by a few inches. At that point, along with predictions of more high winds later in the day, the show was cancelled.

It was not a decision taken lightly by the festival organisers. They stood to lose a lot of money or chase insurance companies through court for months; but the health and safety of all involved must always take precedence, so they stuck to their guns. They were brave and right to make that decision.

At all professional festivals, weather conditions are monitored throughout the event. This is easier than ever today when a simple mobile phone app can be used to track weather fronts live.

What seems to have happened at Ottawa, Indianapolis and Pukkelpop was that freak extreme weather conditions appeared quite suddenly and were, therefore, not predicted in time. Full enquiries are being made into the accidents to see if human error was also a factor.

Festival stages are usually very safe, they have been in the past and they will be more so in the future. The memory of this summer’s disasters will live with festival organisers for a long time.

The overall result I’m sure will be that, in future, festival organisers will evacuate and cancel events at the slightest sign of severe weather. It’s just always so sad when lives are lost before lessons are learnt. 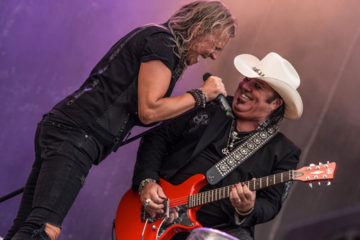