Swedish symphonic Metallers Therion have spent twenty years plus forging a reputation for intense, ambitious, over the top Metal with classical influences, choirs, multiple vocalists and an addiction to being just a little bit crazy.

Since they are now a successful band with a worldwide following Nuclear Blast have decided to revisit one of the defining moments of their career and rerelease their seminal 1996 album ‘Theli’ in deluxe format.

The band started out in 1987 as primarily death Metal in style but by the time of 1995s ‘Lepaca Kliffoth’ they had started to experiment with other styles and after some minor success with that album they went into the studio in 1996 with much more ambitious changes in mind.

Their label, Nuclear Blast, must have been very trusting as Therion set out to record an album featuring multiple vocalists, two choirs and while still heavy an obviously classically influenced sound. Revisiting the album now it still has a very fresh sound and features the mixture of classical musicianship and Metal bombast topped with soaring lead vocals and massed choral voices familiar to any fan of the band today.

‘To Mega Therion’ was the song chosen to feature in the band’s first video and with it’s chugging riffs and pounding rhythms complemented with a mixture of choirs and raw but musical lead vocals it became an instant Therion classic and still features in their live set to this day.

The reaction to the song was great and those people attracted to the album weren’t disappointed. ‘Cults Of The Shadows’ added nice keyboard hooks and catchy riffs to a tale of epic proportions and the choirs just gave it an epic gravitas which was the band’s crowning glory.

‘Nightside Of Eden’ is a melodic Metal song with added pomp and circumstance and to top things off there is the ten minute epic that is ‘The Siren In The Woods’ which confirmed that Therion were a quality new band in terms of songwriting, sound and ambition.

Verdict: The success of ‘Theli’ kickstarted Therion’s career, moving them up a couple of levels and setting the stage for them to help influence a new symphonic Metal genre and become the established successful band they are today. Listening to it now you can tell why as there isn’t a bad song on it.

This deluxe edition comes with added bonus tracks ‘In Rememberance’, ‘Black Fairy’ and a cover of the Scorpions’ ‘Fly To The Rainbow’ as well as a live dvd of the band playing the whole of the original album.

LEGENDARY JUDAS PRIEST GUITARIST KK DOWNING TALKS TO MetalTalk ABOUT THE PAST, PRESENT AND FUTURE 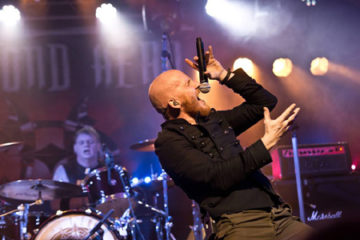