Canberra’s Aeon of Horus are back, with a second full length album that is frankly astounding in it’s vision, ambition and, most importantly, execution.

AEON OF HORUS
‘Existence’
(Own Label) 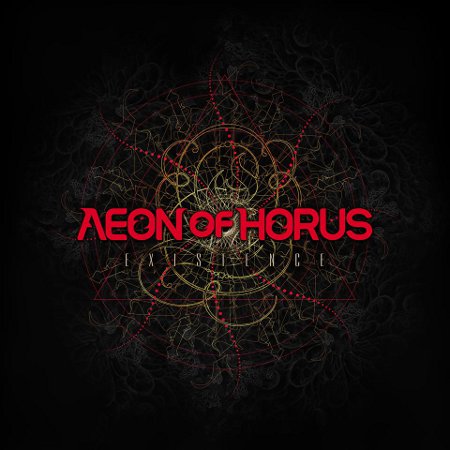 If you had this mob down as just another tech/death/prog amalgam then even a cursory listen to this excellent piece of work is going to make you revise your opinion wholesale on just what it is AoH has to offer.

Sure, vocalist/keyboarder Andy Annand still summons forth belches and roars from the very pits of Charon’s fetid bilges, and drummer Ben Hocking still has the piston-legged double kick attack utterly under control when such things are called for; but that’s about the only link with the uber-extreme past of Aeon of Horus. Of course extreme metal is at the heart of this project.

But very often instead of workaday sturm und drangon ‘Existence’ you’ll find a sleek, musicianly troupe so self-assured and confident in their own powers that they take on just about any musical style you can think of and come out on the winning team every time.

So you’ll get straight up dodsmetal attack on the likes of the progressive Antithesis1, where Opeth loom large in the shadows as Annand roars and guitarist Peter Meer shreds like a djentleman possessed; But you’ll also get jazzy, flattened-out, Crimson-tinged prog like the start of Radiate, or blissed out, trip hop-style drumming on short interlude Exude.

But even at less than one and a half minutes Exude doesn’t setle for one style, morphing seamlessly from Portishead to something approaching the NeoFolk tribalism of Wardruna in the beat of a snare. Aeon of Horus take what they want from where they want, and the resulting melange of melting-pot metallic grandeur is hard to resist.

During the sumptuous Release the band even manages to shoehorn Annand’s wounded bellow into something approaching a radio-friendly melodic refrain, without sacrificing an iota of credibility or, more importantly, heaviness. This is no mean feat yet they pull of the trick without a hitch. Impressive stuff.

Perhaps the most important thing about ‘Existence’ is that it acts as a signifier to the world at large that Australia has another top class extreme metal act waiting for its attention. Aeon of Horus are have the potential to be world beaters – let’s hope the world welcomes the beating with open arms..

INTERVIEW WITH CHRIS ASTLEY OF XENTRIX