Wolfsbane are the either one of two things to you – that annoying band who seemed to be in every Metal magazine going in the early 1990s, or a fantastic band who never really got the credit they deserved during their career. Me? I’m safely in the latter camp and was delighted to hear that another ‘new’ Wolfsbane album was being released. 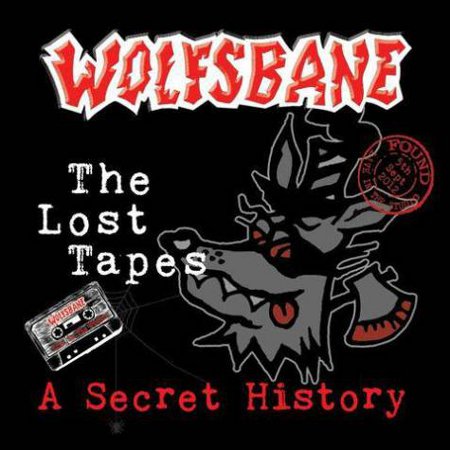 Occasionally you get a band who are at the very top of their game, mixing in the right circles to take them to the next level of success – be it a better record deal, a big worldwide tour or simply a great album about to be released. In 1994, Wolfsbane had all of this (and more), when singer Blaze Bayley abruptly left to become the replacement for the recently departed Bruce Dickinson in Iron Maiden. The band subsequently split up and a matter of months later, the band released, arguably, their finest album entitled simply ‘Wolfsbane’.

In the pre-production of what would be that final album, the band and producer Simon Efemey (who oversaw the previous years’ ‘Massive Noise Injection’ live album), retreated to the studio to run through the tracks that would appear on the finished album (and a couple of extra tracks too). The band decided to record this rehearsal, so they could iron out any potential flaws before heading into the studio properly.

The resultant rehearsal tape was thought to be lost for many years, as no members of the band could find their copies, however, guitarist Jase Edwards was clearing out his studio earlier this year and happened a cassette tape of the session. The cassette tape has been transferred onto CD and was been made available on a strictly limited basis.

So how does the ‘The Lost Tapes’ album compare to the ‘Wolfsbane’ album itself? Well, first and foremost, the ‘Lost Tapes’ CD has a much more raw sound. This really is the band playing live together in the studio, which makes for a much more tight sound overall. The drums are significantly heavier than the later album version, and some of the guitar sounds haven’t quite been nailed down properly either, but this doesn’t take anything away from the sheer raw power of the band working solidly together as a unit.

The fact that some of the lyrics also have to be completed is an interesting one too, and I’ll leave it up to you to decide which set you prefer. Hearing Bayley giving directions before they jump straight into ‘Violence’ or apologising for messing up the first chorus to ‘Protect And Survive’ is interesting stuff, and shows even at this point, he’s still very much a part of the band – whether he’d auditioned for Iron Maiden at this moment in time remains un-recorded.

The tracks are essentially the same as the ‘Wolfsbane’ album, with the order re-arranged slightly, and the hidden track, ‘Goodbye’ on the proper album omitted here – prompting speculation that this track may have been a late-Bayley song penned in the studio before he announced his intention to join Iron Maiden to the rest of the band.

‘The Lost Tapes’ is a truly unique recording with the band striving to do their very best, unaware of the upheavals that were just around the corner, and you can hear how good the band really was when they played together. Now, of course, the band have re-formed on and off since 2007 and the past is kept quite firmly in the past, but this album deserves it’s place in Wolfsbane’s legacy.

Oh, and what about Wolfsbane for Download 2013? Well, the campaign starts here!

Track List:
Wings
Lifestyles Of The Broke And Obscure
My Face
Money Talks
Seen How It’s Done
Beautiful Lies
Violence
Die Again
Black Machine
Protect And Survive
Rope And Ride
Hollow Man
End Of The Century
Want Me All The Time
For You
Born To Run