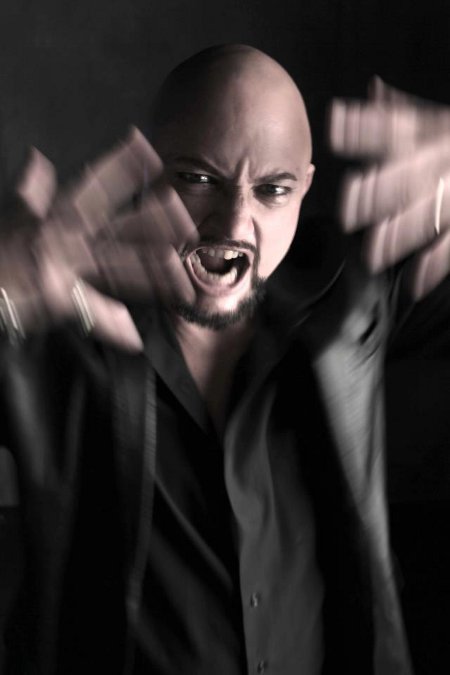 Queensrÿche have been in the news this past year for all the wrong reasons, including a massive bust-up that led to the break up of the Geoff Tate fronted line-up and an ugly lawsuit that resulted in two Queensrÿche’s, one fronted by Geoff and another including his former band-mates.

Geoff is undisputably and undeniably the voice of Queensrÿche though and has recruited Rudy Sarzo, fomerly of Ozzy Osbourne and Quiet Riot, Bobby Blotzer of Ratt and Glen Drover, formerly of Megadeth into Queensrÿche to carry on the name and we look forward to hearing their work at some point in 2013.

In between the bitter legal wrangling, Geoff managed to make time to create his solo album ‘Kings And Thieves’ and we caught up with him to get his take on recent events.

Your new album is called ‘Kings And Thieves’? Who are the kings and who are the thieves?

“Ha. Originally it was a working title for one of the tracks on the new album. I quite liked the phrase and when I saw the beautiful finished artwork that Anthony Clarkson created, I thought the title fitted perfectly.”

Was the ‘Kings And Thieves’ album recorded and scheduled before the split with the old Queensrÿche?

“I was celebrating New Years with friends and family and everyone was stating their new year’s resolution. When my turn came, it suddenly popped into my mind that I should make a new record in the coming year. I made the resolution and began work on January 2nd and finished the record in July 2012.”

At what point was it clear to you that you could no longer work with the other guys in Queensrÿche? Was there one particular day or event that sparked it off?

“It was they that decided not to work with me.”

To some, the timing of ‘Kings And Thieves’ release appears confusing. Is this a completely separate project to the new Queensrÿche?

“‘Kings And Thieves’ is my own separate project.

“Making ‘Kings And Thieves’ was one of the most enjoyable experiences I have had working on a record. I really was able for the first time in years to work at my own pace, which shows in how quickly the album came together. It was also invigorating to work with positive happy people that were enthusiastic about creating music.” 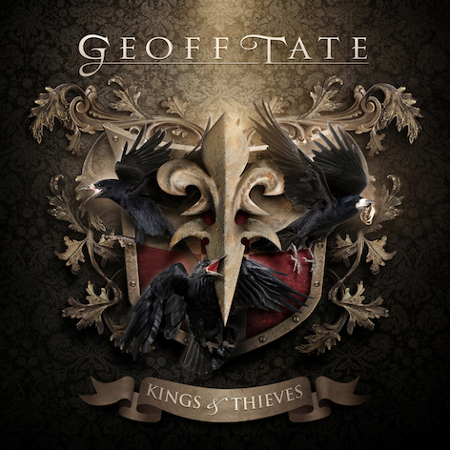 Now that there are now two Queensrÿches and a Geoff Tate solo album, how will fans know which band they are going to see? What if they pay for a ticket to see Queensrÿche and the version with your former band mates appear on stage?

“Yes, I suppose it could be confusing to a few people. The majority of Queensrÿche fans that I have met and talked with over the years are intelligent and keep up to date with what is happening and are very able to view all the latest news on geofftate.com and queensryche.com.”

There are lyrics on ‘Kings And Thieves’ that people will read things into, for example, ‘Evil’ – “Why don’t you say it to my face?”, “Your perception of this situation will bring you down…” How provocative are the album lyrics meant to be?

How long do you foresee the situation of the two Queensrÿches continuing before one side is forced to choose an alternative name?

“We have a court date set for November 2013 where all will be decided.”

Previously when new members have played with Queensrÿche they have usually been relatively unknown Seattle musicians. This time you have gone for big names in the LA scene such as Rudy Sarzo and Bobby Blotzer. Was this a deliberate choice?

“I have put together my ultimate band and we are launching our tour in April.

“Kelly Gray, Randy Gane and I have been musical partners for more then 30 years. We have written many songs together and have similar musical tastes. I have known Rudy Sarzo and Bobby Blotzer since the very early 80s and always admired their abilities and their positive outlook on life. I met Glen Drover more recently and loved his guitar playing.

“I am very excited about this group of musicians and really looking forward to the upcoming tour.”

What was the process for choosing who would play on ‘Kings And Thieves’?

“Kelly Gray, Randy Gane and I are old friends and have been working together off and on for more then 30 years. We share very similar tastes in music and composition. Jason Ames as well has been working with me for 20 years and is a wonderful writer, guitar player and singer. Chris Zukas is my son in law and a very accomplished bass player.

“Kelly introduced me to Greg Gilmore, who played drums and we just all musically clicked. We had a great time making this record. When collaborating, communication is of paramount importance, everyone involved needs to understand what the focus of the writing is. What the essence of the message is, what are the lyrics saying and how can you shape the music to support the lyric idea. Then it’s about giving a performance that excites all involved.

“We had a lot of that on this record. Most of it was written and recorded at the same time and I think that gave the compositions a raw immediacy that I have never managed to capture on record before.”

We all know that it went on to great success, but back in the day when you were recording ‘Operation Mindcrime’, did it ever occur to you that it might be an insane gamble making a concept album? Especially after such well publicized failures such as Kiss’ ‘Elder’ album?

“One never knows how one’s work will affect another, so it doesn’t make much sense to me worrying about what others might or might not think. I don’t think of music as a sporting event and I am not interested in competing. I find that living with very few expectations keeps me always surprised.”

Did you try to bring Chris De Garmo into the new Queensrÿche line-up?

“No. Chris has a different life that doesn’t include music.”

What are your aspirations for ‘Kings And Thieves’? It’s a fabulous album containing some really excellent tracks (the MetalTalk review will be online shortly) and we hope it won’t lose momentum when the next Queensrÿche album comes out.

Anything else we should know about ‘Kings And Thieves’? Is this album going to be listened to as much as it deserves to be and where can it be bought or listened to online?

“‘Kings And Thieves’ is on Inside/Out Records. People can find it on Itunes and on geofftate.com.”

Thanks for your time Geoff and we wish you every success with the new Queensrÿche line-up, with your new solo album ‘Kings And Thieves’ and we look forward to seeing Queensrÿche live next year.