Bram Stoker is a band that you may not have heard of before, but they have a history to be proud of and were one of the very first Prog Rock bands in the UK.

Formed in the 1970s, two original members, Tony Bronsdon and Tony Lowe, are still in the band and have released a brand new album that brings elements from the past bang up to date with the addition of vocalist Will Hack.

Title track, ‘Cold Reading’, has a great melody to it and seamlessly drifts along as the keyboards and voices blend together effortlessly. The punctuated guitar and drums lift the song slightly but don’t interfere with the mood of the song at all. The Hammond organ, courtesy of the classically trained Bronsdon, harks back to the mid-seventies without dating the track as it feels fresh and alive against the other instruments picking up the tempo as it goes.

‘Calling Me Home’ is a slightly slower piece in comparison to the title track and sounds like a mix between Pink Floyd and Genesis with the Hammond again taking centre stage. Another great guitar riff, courtesy of Lowe, comes and goes while Hack’s short vocal lines come and go giving the music more room to expand whereas usually the lyrics are at the forefront of any song.

‘Chasing Red’ picks up the tempo once more with a more urgent vocal from Hack which is almost hidden under the keyboard/drum sound but never quite gets to the point where it is obstructed. A subtle guitar track is added to the mix before the pace picks up and the Hammond Organ returns to accompany the short guitar solo. Full of different moods, this is a great song that I found myself listening to time and again. 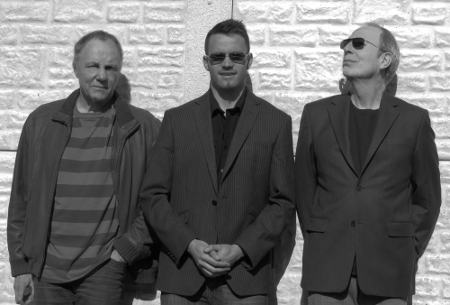 The thing that’s makes this album slightly unusual is that band are allowed to show off their musical ability by including five tracks with vocals and five instrumental tracks. This could be seen as a brave move in some quarters, but the band are so musically in sync that the instrumentals are good if not better than those with vocals. Amongst my favourites is ‘Climbing the Gyroscope’ which opens with the subtlest of keyboard sounds before it really takes flight.

‘Fingal’s Cave’ too is another of the great instrumental numbers with its upbeat tempo and jaunty organ sounds. The album’s longest track by some way, clocking in at just over six and a half minutes, this is certainly my favourite of the album mixing tempos and sounds to create a truly great soundscape giving the drums, guitar and, of course, the keyboards their moment in the spotlight demonstrating that this trio of musicians are supremely talented and deserve every ounce of success.

You can watch the official album trailer here: