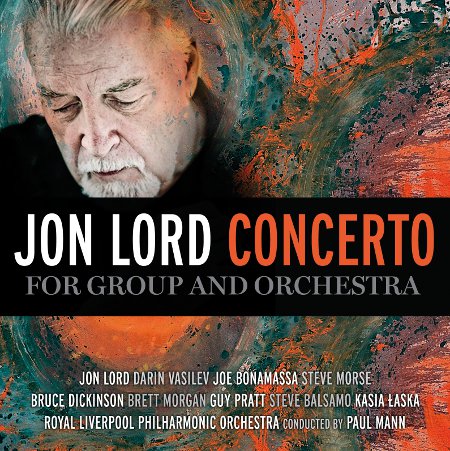 Although being in one of the loudest bands in the world with Deep Purple, Jon Lord not only had a love of rock ‘n roll but also of classical music which he incorporated into the improvisations of the live sound. In 1969 the management of Deep Purple booked the band to perform at the Royal Albert Hall in London to perform a classical score written by Lord to be conducted by Malcolm Arnold and to be performed by the Royal Philharmonic Orchestra along with the members of Deep Purple who had only just recruited Ian Gillan and Roger Glover into the band.

The fusion of rock meets classical caused outrage at the time with some members of high society, but the evening was classed as a roaring success, putting the name of Deep Purple into the public spotlight here in the UK although guitarist Ritchie Blackmore was none too pleased that all the attention was on the Hammond player. But this paved the way for the band to be more experimental and delivered the heaviest album ever at the time with ‘Deep Purple… In Rock’.

The combining of orchestra and rock bands also influenced Roger Waters to perform ‘The Wall’ in Berlin and also gave to courage for bands like Metallica and the Scorpions to follow suit many years later with playing their own songs with an orchestra.

The original score was lost back in 1970 until Jon Lord was gobsmacked when a fan painstakingly rewrote the entire piece note for note resulting in Deep Purple performing the concert again at the Royal Albert Hall for two nights back in 1999.

This new version is the first time a studio recording of the works has been made and sadly it seems rather fitting that this is to be Jon Lord’s swansong and although he didn’t live to see it released, he did get to hear the finished product. 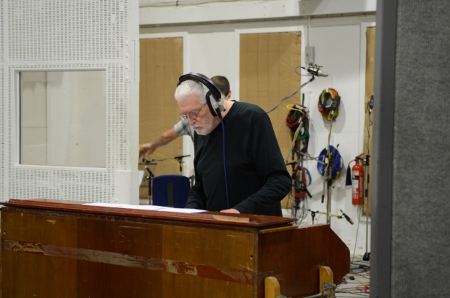 Only last May Jon Lord said: “Over these last years since leaving Deep Purple, I’ve played it over thirty times with different orchestras and conductors all over the world, and, of course, in 2000 I did it well over thirty times with Purple on the Concerto tour, so I’ve been honing the piece live on stage, and I’ve had the opportunity to change things in the score that weren’t sounding quite right. It is therefore a marvellous and exciting prospect to have the definitive recording of the definitive version of the score.”

The piece features three different movements, and whereas the original live score had the orchestra battling it out with the band this time it neatly all fits together in a much less agressive and ear pleasing manner and you could say that Jon Lord’s mission is complete.

For this recording Jon has used the Royal Liverpool Philharmonic Orchestra conduted by Paul Mann who also conducted the live shows in 1999. The production was then moved to London’s Abbey Road studios where Iron Maiden’s Bruce Dickinson took on the small vocal parts backed by Steve Balsamo and Kasia Laska with the guitar maestro’s Joe Bonamassa, Darin Vasilevand current Purple six-stringer Steve Morse.

In the words of the great man himself: “This is the definitive version.”

Previous article
Chris Dale’s Metal Meltdown: The Best Invention of All Time
Next article
Ian Paice and the Sunflower Jam at the grandoise Royal Albert Hall