Chris Dale’s Metal Meltdown: The Best Invention of All Time

What is the best invention of all time?

For example nobody seems to be driving around in a Ford Model T do they? It was a good car for its time, but the whole thing has been constantly reinvented so that today’s cars have little in common with those first mass produced cars. 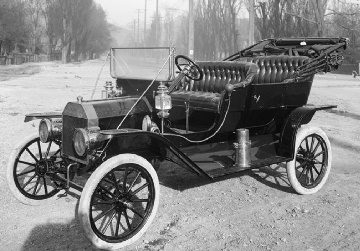 I haven’t seen many people risking their lives in a Wright Flyer recently. Eleven US military pilots were killed trying to fly these things in trials. Modern airlines are a bit more reliable and faster too. 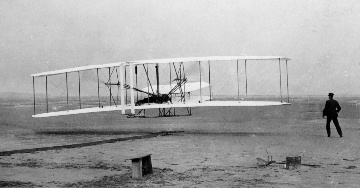 The Wright Brothers First Flight. Don’t try this at home!

You wouldn’t want to try downloading the upcoming Kiss album on an IBM 650, the World’s first mass produced computer. It had a memory of 8.5kb. 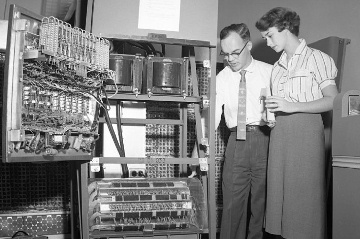 Boats, bicycles, kettles, toasters and sofas; they’ve all been reinvented beyond comparison with their original forms. The first plates were leaves, knives were bits of bone or flint and drums had skins, literally made of animal hide. That’s not how Lars got the kick drum sound on ‘Justice For All’. 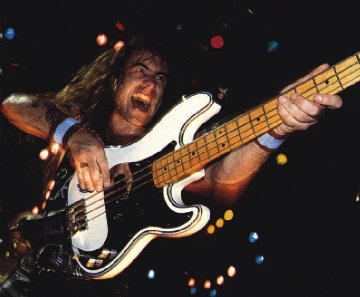 That settles an argument about which musical instrument is the best, that I’ve been having on and off with loads of band mates over the years. In retrospect, these discussions were rarely constructive.

“Bass is obviously the best instrument to play ‘cos its so cool,” would form the basis of my argument after particularly good gig and a beer or two.

To be fair, the other musicians in the band were mostly at the disadvantage of playing lesser instruments like guitars or keyboards.
(Don’t even get me started on those non-musical collections of junk that people call drumkits*.)

Because there was no real evidence for either my or their cases, these thought-provoking debates would usually end in stalemate. 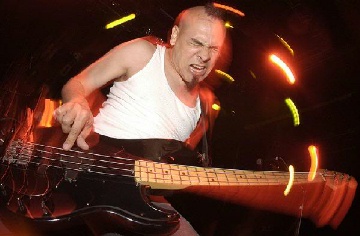 Keyboard players sometimes said typical on-the-fence things like “Come on guys. All the instruments are just as cool as each other, we’re all needed here”. They probably all voted Lib-Dem too.

When verbal stalemate ends in physical violence nobody comes out the moral victor. I’ve come to realise that recently**. 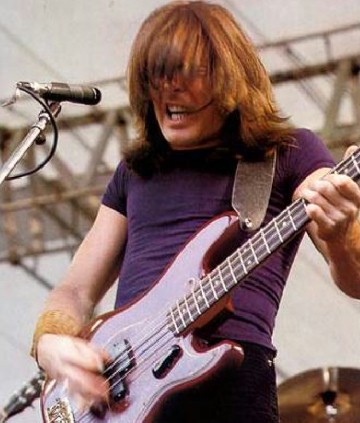 More than once I’ve been thrown off a tour bus on the side of an Autobahn with my middle finger still raised in defiance as my so-called band ‘mates’ drove off into the distance (basically because they were all jealous that I played the coolest instrument).
I imagine Lemmy has suffered the same indignity from time to time.

But no more. I can now declare categorically that the electric bass guitar is the best invention of all time because it simply cannot be bettered. It was and is perfect from day one. 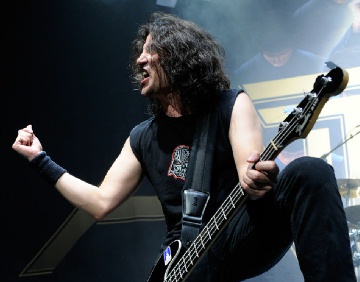 They’d come on a fair bit since then (being constantly re-invented because they weren’t and still aren’t perfect) so that by the late 1940s they even had multiple pick ups and whammy bars (they didn’t keep tune very well back then but that’s another problem with guitars ever since- we’ll talk about that at length another time).

The acoustic double bass that was in use in the 1940s was the same thing still used in orchestras and rock-a-billy bands.

It’s a cumbersome beast to carry around. It is also difficult to play precisely in tune as it has no frets but most importantly by the end of the 40s it was not loud enough compete with the lesser instruments that it shared a stage with. 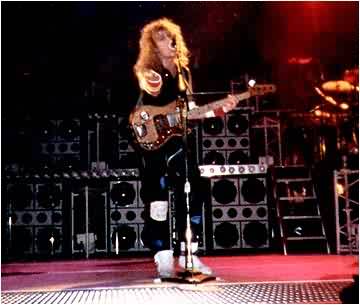 Its beautiful but dull tone did not cut through past those irritating electric guitarists and now that singers were starting to use small PA systems, things were clearly balanced against the bass player.

In 1950 Leo Fender invented a prototype electric bass guitar and the following year it was mass produced***. Fender called his invention the ‘Precision’ because having frets its tuning could for the first time be absolutely precise. Not only was the tuning easier but the amplified sound was more punchy than the old double basses and it now had the ability to compete in volume with any musician onstage.

And that’s where the story ends. That’s right, it was perfect from day one, there’s nothing more to add. 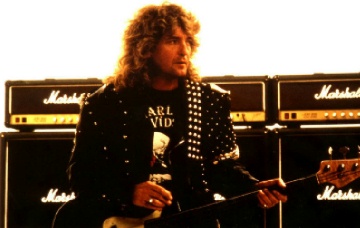 A few tiny modifications were made over the years. The first single coil pick up became a split humbucker, the shape of the original scratch plate shape was changed and the pickup guard isn’t usually seen anymore. But the basic Fender Precision Bass has not been bettered.

Other basses have been invented since. Most are copies of the original Fender design. None have outsold it or been used as often by major artists. The Fender Precision is still an absolute industry standard. 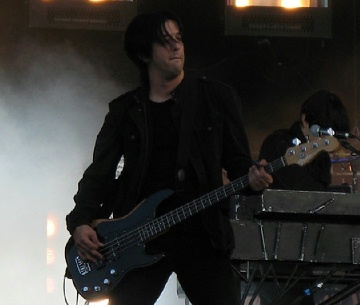 Myself, I often play an Ernie Ball Musicman. It’s another bass invented by Leo Fender and its based very much on the Precision. It’s different from a Precision but it’s not necessarily better.

Loads of your favourite bass players play Fender Precisions. All the guys photographed on this page are playing Precisions. Sometimes when bassists use more showy basses onstage, they use an old Precision in the studio to get the best sound on record. 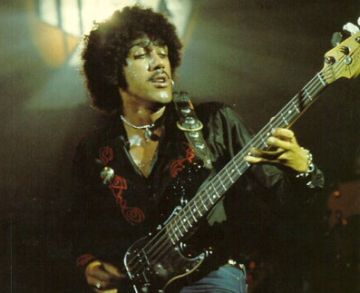 The older the better, people often say with Precisions. The new ones are good and very popular but those early ones are still the best invention of all time and sell for thousands.

You wouldn’t find Lewis Hamilton trying to beat his lap time in a Model T. Good luck trying clay pigeon shooting with a matchlock musket. But you will still find the biggest bands in the world using an old Fender Precision. 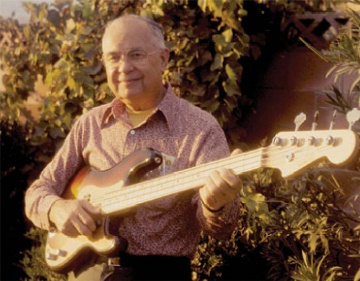 Leo Fender, we salute you. We have won. Bass is proven to be the best instrument ever, that’s now official.

Notes:-
* Robin Guy, are you reading this?
** Sorry Cheeseman.
*** Attempts had been made to make an electric bass as far back as the 1930s by the Canadian Audiovox company. Small numbers were made but it was not mass produced or widely played.

I can’t get a job cause I can’t get out of bed.
I can’t go to college cause I’ve nothing in my head.
I can’t play drums and I can’t really sing
I’ve tried to play guitar but it’s got far too many strings
I’ll play bass
It’s got four strings; I only use two.
I’ve never worked out what the others do.
I play bass
I’m happy here just strumming along
But I’m still not sure how to play this song
I play bass
Here we are in another verse
The first was bad this can’t be worse
I play bass
Still don’t know quite why I’m here
Never mind, I’ll get another beer
I play bass
NOW WE COME TO THAT PART OF THE SONG
THAT ALWAYS SEEMS TO GO ON FOR SO LONG
WE DON’T MIND IF YOU WANT TO NOD OFF
COS THE BASS PLAYER’S ABOUT TO SHOW OFF. GO
So if you can’t…
And if you can’t…
GO PLAY BASS