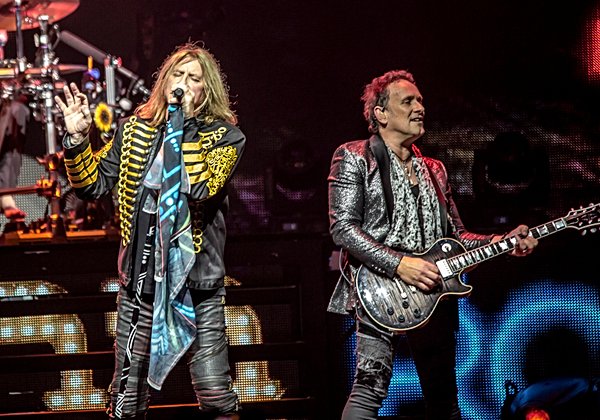 Def Leppard recently released the ‘London To Vegas’ DVD package, which includes the fabulous ‘Hysteria Live At The O2’. This saw the band celebrate the mega successful ‘Hysteria’ album by playing it in full, from start to finish.

Def Leppard’s Vivian Campbell spoke with MetalTalk about their planned stadium tour, the future of Last In Line and why there has to be a new Def Leppard album.

MetalTalk: First of all, how are you dealing with lockdown?

Vivian Campbell: You know I’m actually doing alright! I really miss playing live. That’s where I’ve always gotten the most joy out of it. When you pick up an instrument as a kid it’s because you want to play live. I mean I’ve probably been busier in the last six or seven years than ever before in my life!

Between Def Leppard and Last In Line I was just constantly on the move, so it’s been an adjustment in that regard. But like all the guys in Leppard we’re always writing songs. Right now I’m just trying to reconnect with technology. Technology and I have always had a difficult relationship (laughs).

MT: You were just about to start the US Stadium tour with Mötley Crüe right?

VC: Yes! I think it was actually going to start a week from today! But I’m so happy the reaction from our fans has been so understanding – its just something beyond anyones control. Hopefully by next year we’ll be closer to normal. You just have to stay sharp…I mean I personally have never played so well in my life. When this whole virus started I hadn’t played guitar in a few months and I started again a few weeks ago – hurt like hell! (laughs). Now I’m playing everyday.

MT: Were you surprised when you heard that Mötley Crüe were coming back from the dead so soon?

VC: No! (laughs). I mean nobody in this industry has ever really retired. I guess that’s the thing about being a professional musician. If you’re an athlete you kind of have to retire once you’ve reached the pinnacle of your career and you cant do it anymore.

But musicians…I feel I’ve been playing and singing better than ever !

That’s the beauty of being a musician, you can refine your skill set and get better every year and that’s true of Def Leppard. Phil (Collin) and I talk about this a lot. 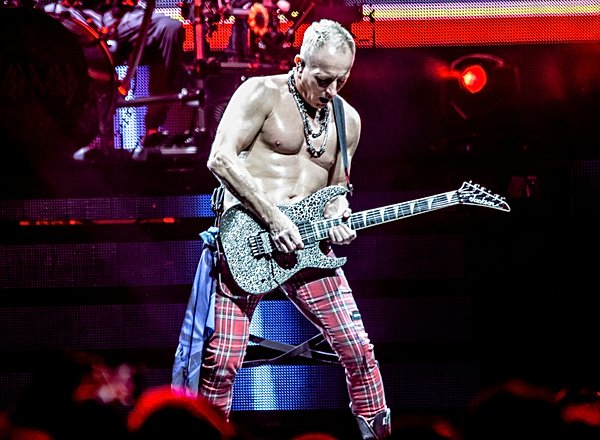 MT. Can you walk us through the new Def Leppard DVD package ‘London To Vegas’?

VC: Yeah we recorded the ‘Hysteria’ concert at the O2 Arena and packaged it with a show from our Vegas residency last summer. It’s a pretty comprehensive collection of music, especially the Vegas shows because we played some deep album cuts and even some songs we never played live before.

MT: Now that you have multiple generations of fans coming to Def Leppard shows, has it changed the way you put a setlist together?

VC: Well we’re fortunate that we have so many genuine hit songs, but it’s a bit of a double edged sword. I mean when you take a show around the world I think most people expect to hear the hits, so we have to base our setlist around them, but that was the beauty of the Vegas residency.

From all over the world, people come to you. I mean the people who will make a trip like that are the really hardcore fans and it becomes incumbent upon us to play something rare and that’s what made it so special and exciting for us.

MT: After the rescheduled US dates next year, what’s the plan ?

VC: Well before the virus hit there was such a great response to the package tour and we were just adding more and more shows. Within weeks of it going on sale we already sold out 11 of the stadiums and we were receiving interest from Europe and Japan and all around the globe to take that package tour overseas, so I hope that when the world gets back to normal there will still be that hunger for it.

I mean bands of our generation are reaching more and more fans, year after year and our fanbase has grown exponentially in recent years. That’s so exciting for us and it bodes well for the future.

MT: What do you think of seeing bands like Def Leppard, Bon Jovi or Guns N’ Roses still headlining the same festivals 30 years on?

VC: Well there’s a bunch of reasons for it I think. The music industry has just changed so much and one of the ways it changed was that it stopped really nurturing artists.

At the start of the 90’s bands and songwriters became a bit more disposable to the industry. I think if Def Leppard were starting out in 1992 we wouldn’t have had a chance… like some moderns bands may have two or three hit songs even but not a catalogue to support a decades long career.

We were fortunate that we came up in an era when the industry was still nurturing talent. I mean who knows what the future holds.

There’s also the performance aspect. I think Grunge just stripped away the bombast, whereas before it was an event. Shoe-gazing wasn’t a very exciting spectacle…I mean there was some great and heartfelt music that came out of it, but in terms of putting on a show it was just a non-starter. We’re always trying to re-invent the wheel and make the show bigger and better.

MT: How are things with your other band Last In Line ?

VC: Kind of in Limbo! (laughs). We hand a bunch of shows lined up before. I mean I’m constantly writing for Last in Line. It’s just we’re more like weekend warriors because I have to work around Def Leppard.

Right before Covid hit we were working on our third album in L.A. and we cut the first six songs. Hopefully between now and the end of the year we can all reconvene and record another six or seven songs.

That’s an exciting band for me and it lets me exercise a different muscle. We have an amazing singer in Andrew Freeman and I get to put my head down and get angry with my Les Paul. It’s a really fun experience.

MT: Any message for Def Leppard and Last In Line fans ?

VC: Just to stay hopeful, because there is new music coming from both. Maybe the upside of this virus will be that people start buying records again (laughs).

MT: Do you think there will be another Def Leppard album?

VC: Of course. There will always be. I mean Joe Elliot has always said that the reason we make records, even though its a loss leader and we would probably not make the money back from it, is that it’s vital to the life-force of any band.

Even if you have a truck load of hits like we have, it’s still vital to us as creative individuals and as a creative band, to write and record new music, even if it’s just for ourselves.

We know that the hardcore Def Leppard fans are hungry for new music.

Of course there will be a new record – I don’t know when but we certainly have time to write so maybe it will be sooner rather than later.

You can order the London To Vegas packages from Eagle Rock Entertainment here. 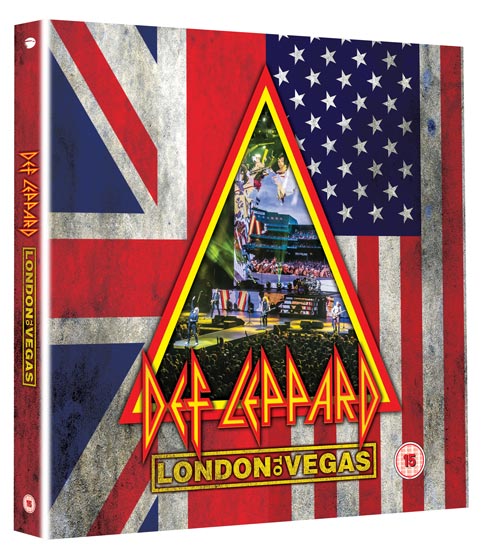