Just from the name of the debut self-titled EP Video Nasty, from Canadian Thrashers Video Nasty, you should have a pretty good idea of what to expect. It is a slice of 70s to 90s slasher horror-inspired Thrash, with seven grizzly chunks encompassing a gruesome twenty minutes.

Concept and sound-wise, it’s a great idea with buckets of scope to expand on. The 70s to 90s were such an excellent era for superbly cheesy slasher horror, and it sits well with a driving and urgent Thrash sound, delivered here at a predominantly neck-snapping pace.

The tracks are all named after the films that inspired them, and it is a release that gets better the further you go.

The opening title track Video Nasty is a scene-setting meld of Thrash and horror sound bites.

It is followed by Nightmare Beach, a driving Thrash beast. I do love the vocals here, a good mix of voices including a lower growl and a higher blackened rasp and excellent closing high-speed leadwork, both winning aspects of the track.

Next is the gory Lovecraftian inspired Castle Freak, which seems to have even faster delivery and a finger-snapping closing shred.

The sound bite, “Jesus. Would you look at this? Something’s been butchered up here”, that opens on the slower-paced punchy chugger Pieces will raise a smile, and I do like this slightly slower delivery. Faster isn’t always better. This has a sinister groove, bags of punch and ominous riffing, along with squealy leads and an absolute tonnage of atmosphere, one of my favourites of the EP.

One final soundbite opens Final Exam, a track that also sat well with me. Driving, but not neck-snapping riffs, which are suitably dark in both key and delivery, and there is plenty of shreddy leads second half. The twin layer vocals also have an added element of shouty hardcore vocals in the mix.

The final track is a cover of Sepultura’s Antichrist, from their very first release, their ’85 split with Brazilian thrashers Overdose. Video Nasty give a pretty decent cover, slightly less filthy, but they keep faithful to the original. I particularly like the vocal delivery, filled with cavernous snarling malice.

As first outings go, Video Nasty is a good offering, and there is plenty of scope to build and improve on this solid foundation they have developed.

It is available pre-order in a range of formats; CD, cassette, black, pink or blood splatter vinyl. But it is selling out fast, so if you are interested, you had better get in quick. 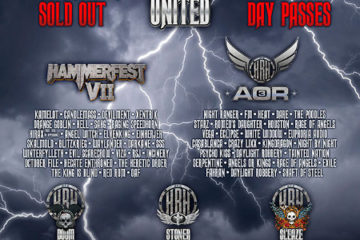