Suzi Quatro / ‘The Devil In Me’ is a gem, chock full of surprises

By my reckoning, this is Suzi’s eighteenth studio album and her belief in this one is such that, even before its official release on 26 March, she has told MetalTalk that this one is her best yet.

Suzi Quatro – The Devil in Me (SPV/Steamhammer)

Having heard it, I can tell you it is pretty damn good.

So okay, before I reviewed this album, I had heard three Suzi Quatro songs and no albums. That is now going to change!

If all you knew about Suzi Quatro was the image and early singles, the black leather and bass guitar, long hair flowing and lots of good time music, you might, like me, have thought that was all there was. But when you listen to this album, you will realise just how wrong you could be.

There are twelve songs on this album, and yes, there is the archetypal Suzi Quatro here, but there is also a lot, lot more.

The album kicks off with ‘The Devil In Me’, first track, title track and also a single, set for release 19 February.

It has got a chugging, filthy dirty guitar start and Suzi sings about being no hero, the black sheep of the family. There is a thundering drum beat and a loud, solid vocal line. This is solid, foot tapping, addictive guitar and short, catchy verses.

Oh yeah, and it is Blues, accessible Blues Rock that you do not need to be a professor to understand or enjoy. What are you, the song asks, angel or devil? And I think we know where Suzi would rather be. So maybe sometimes you are not better off listening to your mama.

‘Hey Queenie’ is another tub-thumping, Blues-laden song, singing about the tolls of life. It is about being down, perhaps, but still not out.

The song is followed by ‘Betty Who’, fast-paced and by now you are lulled into thinking that a definite theme is starting. Suzi sings songs about strong, flawed women, accompanied by a full throated, insistent guitar line. ‘Betty Who’ has got a real pleasing, full sound and even has piano competing with the guitar for attention, with lots of backing vocals supporting Suzi’s unique voice.

And where did all these Blues come from? I do not know, but hey, I am not complaining.

‘You Can’t Dream It’ is a more straightforward Rock song, but the lyrics are still questing and edgy. “Life is risky out there”, sings Suzi, and this song warns you to be careful.

‘My Heart and Soul’ is an out and out ballad, a complete turnaround from the four previous songs and the lyrics are much more vulnerable, innocent, naïve even. Definitely not what you would expect from our Suzi, but a real illustration of her versatility. There are harmonies and even a horn section in this song, reminding us that while we are now in the twenties, Suzi has been Rocking it out since the seventies.

And is it just me, or was this intended to be a Christmas single? Watch out for those single releases come December and let’s see what happens. 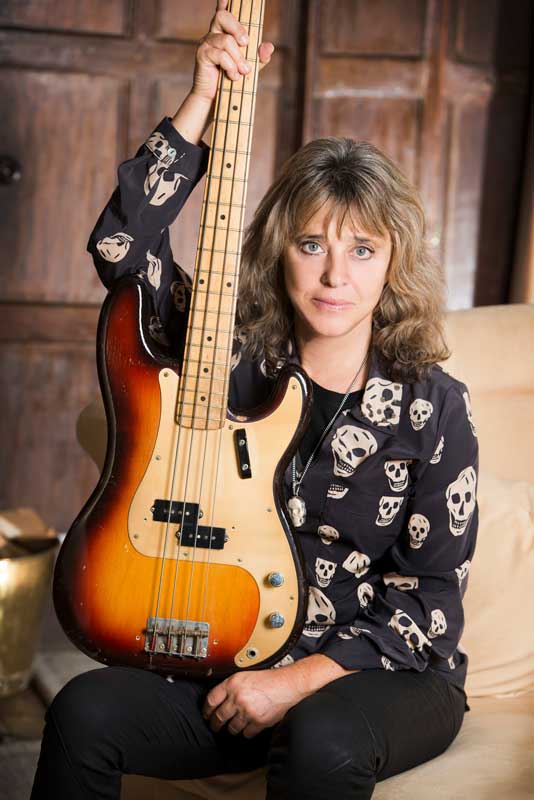 ‘Get Outta Jail’ has an almost, well, an actual gospel start of all things, before we get back to familiar Blues Rock territory. But what is unfamiliar with these Blues, is that it is actually upbeat Blues Rock. And when you think about it, that is a real rare combination, which Suzi manages to pull off with consummate ease.

But that is what they say about the experts, they will make the impossible seem like child’s play, and Suzi is nothing, if not a supreme entertainer.

And that upbeat, feel-good sound carries on with ‘Do Ya Dance’. Forget about the trials of life and just dance, that is what Suzi tells us, all done to a catchy beat that is so addictive it should be illegal.

The mood slows with ‘Isolation Blues’, a real schmoozy music hall Blues crooner. Again, Suzi sings about the hard side of life.

If you thought that all you were going to get was straight between the eyes Blues Rock, that would be a mistake, as this song is a real off-piste trip of musical variety.

‘I Sold my Soul’ is a real vintage Suzi Quatro song, complete with vox box intro. Billed as a second single on the album, it is as inspired a choice as the first one. This song crawls along the streets underside and reminds us that Suzi might be singing about the bright side of life, some of the time, if not all the time.

There is another change of pace with ‘Love’s Gone Bad’, complete with slow, aching lyrics and backing singers echoing the helplessness in Suzi’s words. Horns and piano make this a much richer production than your standard Suzi Quatro rocker, and emphasises the variety of musical tastes this album will appeal to.

‘In the Dark’ is another heart-shredding ballad, much more straightforward than ‘Love’s Gone Bad’, but again, a near complete contrast to the first half of the album. Worldly wise and aching, this is a real different side to Suzi’s musical arsenal.

But the album ends on much more familiar ground with ‘Motor City Riders’, straight down the line Rock ‘N’ Roll that is just made to be played live. It is a celebration of being young, wild and immortal. “Motor City Riders, unshakable survivors,” sings Suzi. Is she singing about herself again, having survived all this time in the crazy, mixed-up world of music?

For sure, this album has got plenty of songs that you would typically associate with Suzi, but there is a whole lot more besides, and not just the Blues.

It is a multi-faceted collection of songs, a gem, chock full of surprises which will appeal to the established fans.

If there is any justice in the world, it should attract plenty of new ones too.

And I am right at the front of that queue.

Brian May / Arielle "is a truly phenomenal player"

Suzi Quatro / “I’ll always be the girl from Detroit”

Suzi Quatro / Ready to unleash her finest album to date

Suzi Quatro / ‘The Devil In Me’ is a gem, chock full of surprises 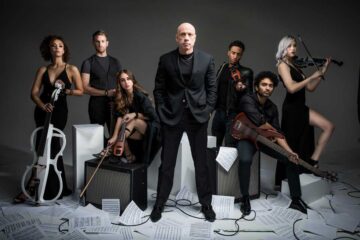