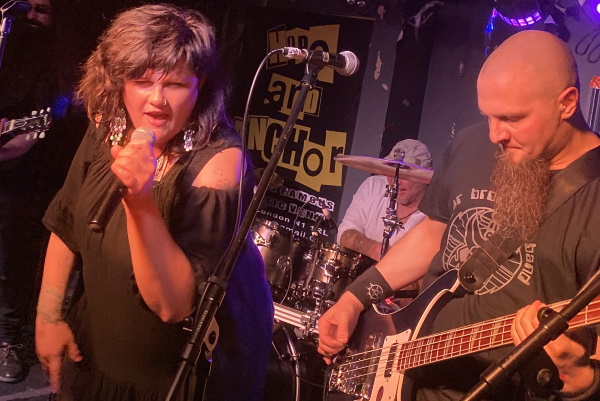 It’s five years since StoneWire’s astonishingly good debut album, ‘When The Crow Flies’. Tonight’s launch for album two ‘Life As We Know It’ proved that every bit of the wait has been worth it.

The Kent-based hard Southern rockers never intended to leave it this long between albums. We are living in tumultuous times, this has been reflected in the lives of the band members, and among the drama there was a line-up which took a while to firm up.

Looking for the right second guitarist to bolster the sound, there was a somewhat Spinal Tap-esque revolving door, but it had to be right, and with Duncan Greenway joining the permanent ranks they finally struck gold.

StoneWire had set the bar high with their last album and were not going to settle, it had to be the right personnel, the right songs, the right sound and the right time. It’s this dedication to being authentic that sets apart a great band from the merely good.

The Hope and Anchor, Islington was the setting, a mere three tickets from selling out, and a true album launch in that the whole opus was played straight through beginning to end, a rare beast nowadays and no mean feat considering the equipment changes and the technical challenge.

The album is a real grower, each play of the ten tracks offering up a different insight, grabbing your attention with a direct lyric here, a delicious guitar lick there, a rhythm that pierces your heart – in a good way.

Opening proceedings were Dead Writers, a London-based five-piece with songs about spirits and mythology, multi-layered, and compelling from the gorgeous strains of ‘December’ to the frantic ‘She’s All The Animals’. 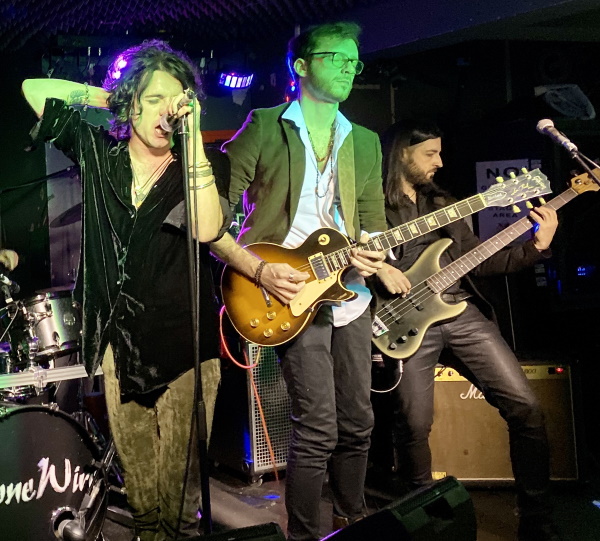 It’s always a pleasure to discover a good new band, and hopefully lead singer Paul Shine recovers quickly from the accidental crack on the head he gave himself during the performance, which resulted in an impressive bump – definitely ones to watch and a band to see more of.

Suitably warmed up, we were primed and ready for StoneWire. Live is where the band rocket, and it was straight in with an energetic ‘Monkey Talk’, which speaks of making our own rules for the night. Only two rules needed – the band play an absolute blinder, and we love every minute. Mission accomplished.

We have described vocalist Sky Hunter in these pages previously as the resident goddess, and we stand by this assessment. Her vocals are powerful, rich, caressing and forceful in turn, and it’s quite magical how she manages to weave those melodies around the heavy riffs and thunderous grooves. 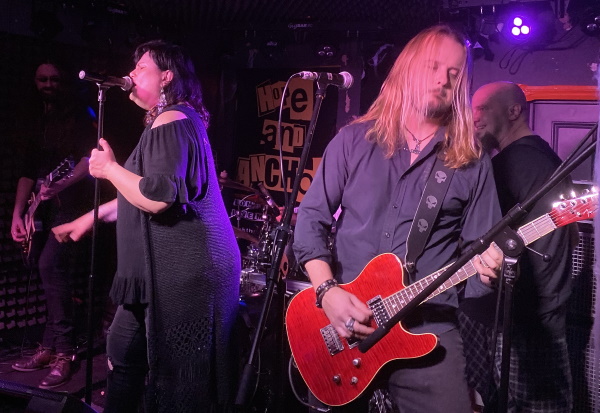 It’s a band though, not a solo act and the chemistry and connection between Sky and guitarists Gareth Annable and Duncan Greenway, bassist Steve Briggs and drummer Rob Glasner bounces off these basement walls and envelops us like a big group hug.

‘FTM’ and ‘House Rules’ lifted the pace even further with righteous anger and golden-tequila-soaked boogie. ‘Hero’s Journey’ has been in the live set for a while now, and it never loses its impact.

This seven-minute opus is inspired by the Joseph Campbell quote “Follow your bliss and the universe will open doors where there were only walls”. It’s a stunning song, one to savour, a companion on the journey. There’s no earnest shoe gazing here, the lyrics recognise the difficulty of life and the music draws you deep and anchors you close.

As the album continues, the highlights keep coming. The band have Metal sensibilities infused with deeply sexy grooves – and ‘Life As We Know It’, ‘All That Matters’ and ‘Kick Up Some Dust’ take us on one hell of a ride.

All too soon it’s time for ‘A Step Too Far’, saving the most difficult musically until the end, and it’s an absolute tour de force. This wonderful second album is now fully launched, baptised in sweat and suitably equipped to make its own way in the world. 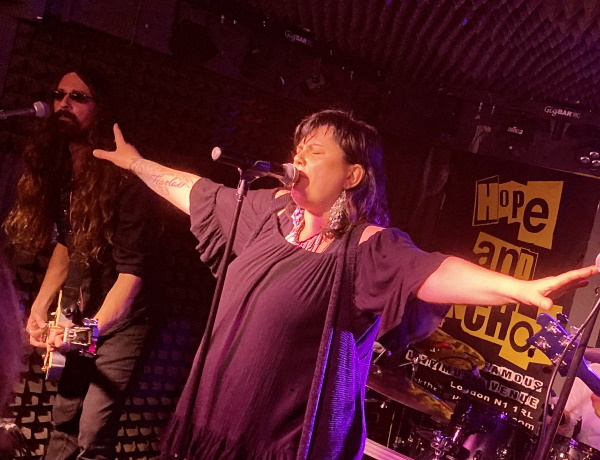 The encores brought a fantastic selection of StoneWire’s back catalogue, with ‘Why Me’, ‘Favourite Bitch’, ‘Walk The Line’, before ending with the magnificent ‘Fix You’. The lyrics “Let me be the one to break down these walls” could well turn out to be prophetic as the only way out of this mess is to out-create.

Buy ‘Life As We Know It’, go and see StoneWire live every chance you get. Your life will be all the better for it.

Setlist:
Monkey Talk
One For The Road
FTM
House Rules
Hero’s Journey
Life As We Know It
All That Matters
Kick Up Some Dust
Top Shelf Conversation
A Step Too Far

Why Me
Favourite Bitch
Walk The Line
Fix You