The 1996 debut album from Swedish Melodic Black/Death Metal Sacramentum, ‘Far Away From The Sun’ is one of those hugely revered and loved albums. It sits up there with other masterpieces that have hailed from the same land; Dissection’s ‘Storm of the Light’s Bane’ (with a similar theme in the blue artwork), Unanimated’s ‘Ancient Gods of Evil’ or Decameron’s ‘My Shadow’.

You can get an idea of just how popular ‘Far Away From The Sun’ is by the number of times it has been repeatedly re-released and sold out. Five times in total, if you count the official cassette and compilation version with the preceding 1994 EP ‘Finis Malorum’.

The good news is, if you are looking to grab a copy, is that it is available once again on vinyl and CD. Newly re-mastered from the original mix by producer Dan Swanö, who has thankfully not over polished the sound, maintaining that dark dirty edge.

This latest re-release of ‘Far Away From The Sun’ is a “preaching to the converted” offering, with vinyl aficionados, in particular, likely to be falling over each other to grab a copy. However it is a classic release and a definite ‘must have’ for Melodic Black/Death Metal fans. 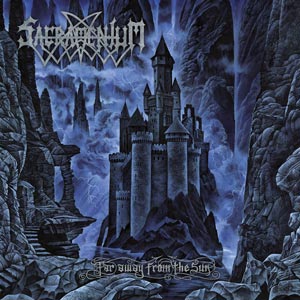 Opening track ‘Fog’s Kiss’ starts with the intent the album intends to continue with. Intense, with an equally urgent rasping vocal delivery, easing in the melody gradually and only sufficiently, to give a gentle melodic undercurrent while still retaining an icy dark mood.

‘Far Away From The Sun’ switches provocatively between the pace and mood of intensely blackened, dropping back in pace, but not intensity, to something more melodic, but maintaining a dark edge. The hauntingly melodic repeat opener on ‘Blood Shall Be Spilled’ pans out with speed and aggression, before dropping away to something quite beautiful, yet dark in the second half.

‘When Night Surrounds Me’ is a sublime piece, one of my favourites of the album. Dark and haunting, with particularly well delivered vocals, which have some excellent protraction and some classically styled, for the genre, riff patterns which are engagingly addictive, with a direction switching, that is both frequent and seamless with an ebb and flow to match.

‘Cries From A Restless Soul’ is awash with dark haunting eeriness but takes a brief upturn thanks to some uplifting leadwork in the second half, whereas ‘Obsolete Tears’ is less melodic than its predecessor but never obsolete. Definitely a great listen.

After a haunting reflective opening, ‘Beyond All Horizons’ develops into a dark haunting offering that is as convoluted as it is darkly sublime. Galloping towards the close with ‘The Vision And The Voice’, before the final original track and “noir fest” the bold, haunting and eerie ‘Darkness Falls For Me’.

Finally, for this reissue you get the bonus track, the dark acidic ‘Awaken Chaos’ demo version, which later appeared on the second album, 1997’s ‘The Coming Of Chaos’. This has never been set to vinyl before.

‘Far Away From The Sun’ is available now as an LP and CD jewel case from Century Media Records. 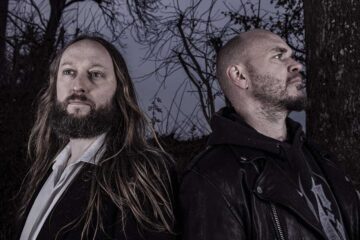