Episode Eight of MTTV welcomes the internationally famous photographer Mark ‘Weissguy’ Weiss, author of the new book ‘The Decade That Rocked: The Music and Mayhem of ’80s Rock and Metal’.

Since being arrested and thrown in jail in the late 70’s for selling his images outside a Kiss concert, Mark has gone on to create some of the most iconic photographic images in Rock and Metal history.

‘The Decade That Rocked’ is a 378 page treasure trove of history, split year by year, which shows the flood of sex, spandex, music, makeup, and mayhem that hit the 80’s Metal scene like a hurricane.

In this episode, Mark discusses the drive that helped to make him the top photographer for Circus magazine and how this led to him working with magazines such as Rolling Stone and Kerrang and his journey in becoming the go to photographer on the famous US East Coast scene.

We also find out how his first photoshoot with Ozzy led Mark to become an Osbourne family friend and their trusted photographer and Marks talks about his disappointment in missing a full band photoshoot with The Blizzard of Ozz, only days before the untimely passing of Randy Rhodes.

Working with Ozzy on tour allowed him access to the likes of Guns N’ Roses and Mötley Crüe (who gave him his nickname) before they hit the big time and this book contains amazing candid, never before seen images, of both Metal stars in their prime and the younger, hungrier versions of Metalheads, such as Axl Rose, on their paths to international success.

Mark also took the images that grace the covers of many iconic Metal albums, such as the 12x Platinum album ‘Slippery When Wet’, W.A.S.P’s ‘The Last Command’ and Twisted Sister’s ‘Stay Hungry’.

Marks discusses the image on the ‘Stay Hungry’ album, which was the last shot of a 22 hour photo session with the band. While the front cover image was ultimately chosen by the Record Label, we find out how this choice resulted in tensions within the band.

Marks friendships with Dee Snider saw him accompanying Dee to the US Senate, where Dee gave a passionate talk standing up for Metal against the claims of the P.M.R.C and their ‘Filthy Fifteen’.

All this and more is discussed in MetalTalk TV Episode Eight.

Sacramentum / back with 'Far Away From The Sun' 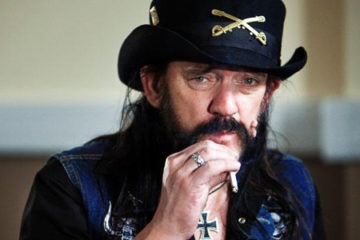